Experimenting With the Lively Indigo 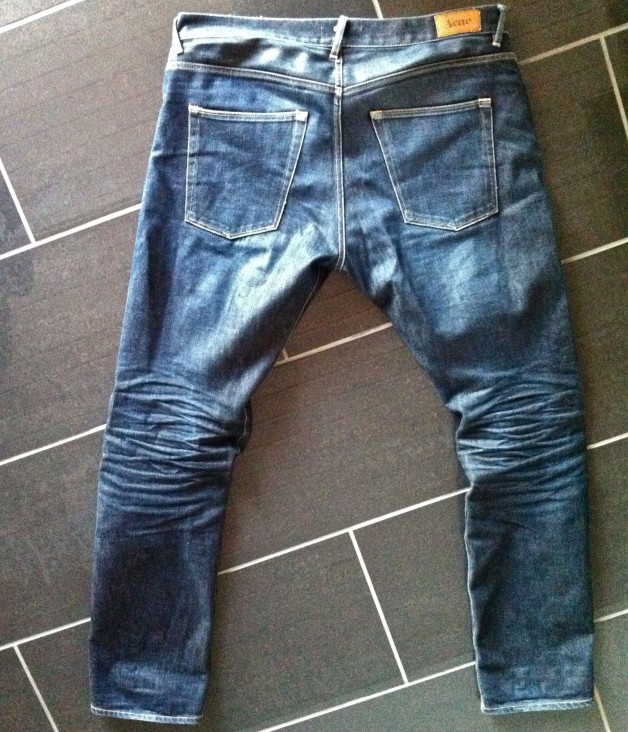 This pair of Acne Mod Raw have been worn almost daily since August 2011, and now they’re entering the Meadow competition. The wearer is Joachim Stig Christensen from Dronninglung in the northern part of Jutland and he was been experimenting a bit with the jeans. In October they spent three days lying in the owners garden, and in December he had them in his freezer for a couple of nights. All in all it’s a pretty decent result even though it is a bit hard to tell how much they’ve actually been worn in because of the low resolution of the pictures. 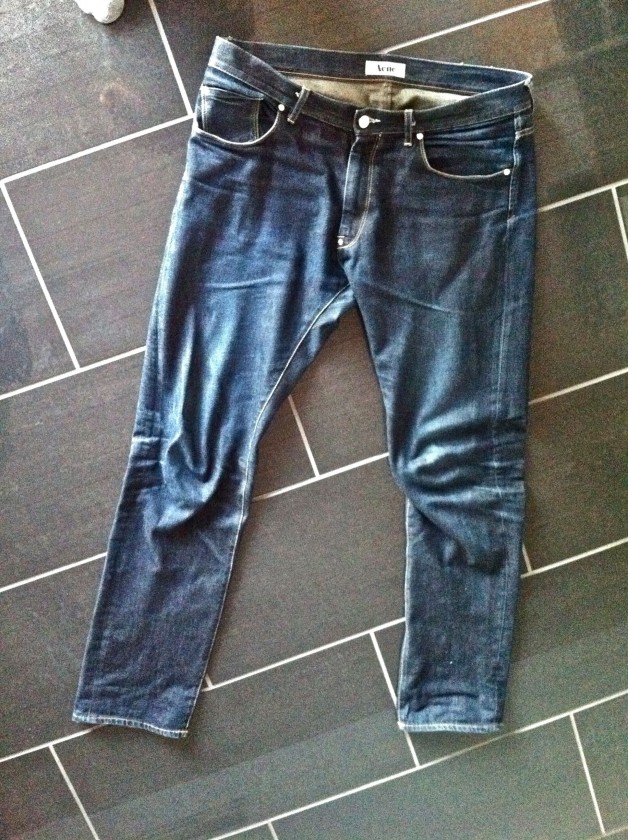 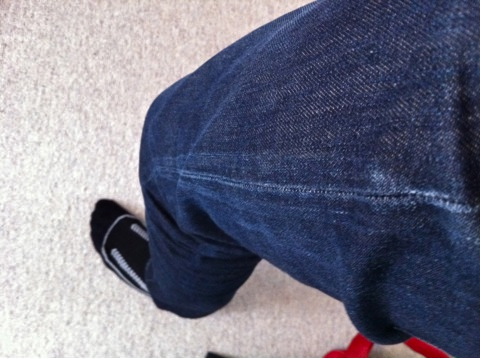 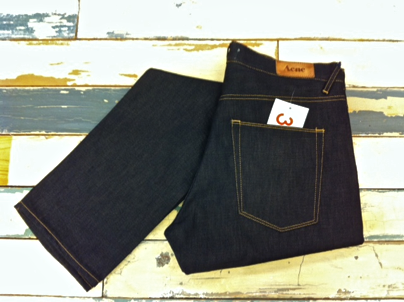 This is what the jeans look like brand new. 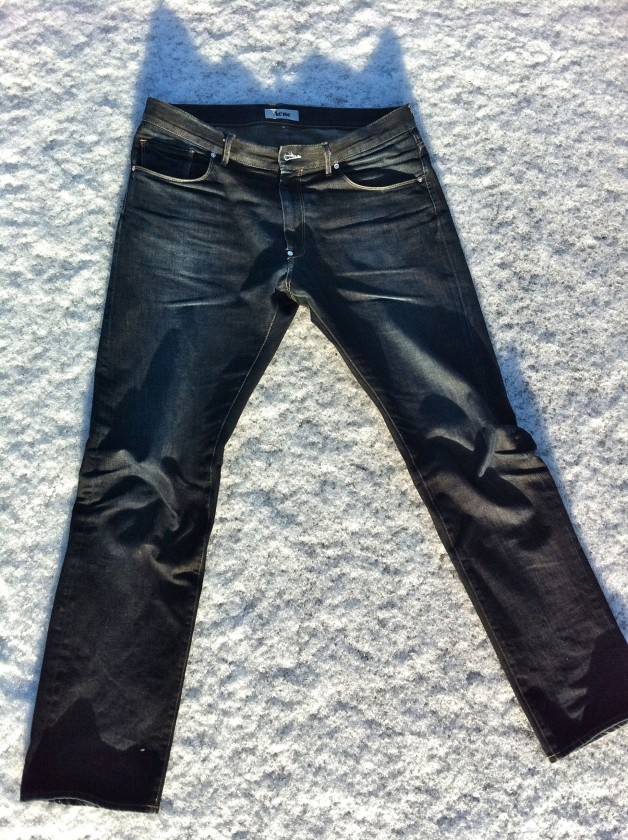 In January Joachim once again left his jeans lying outside on the ground, this time for four nights in the snow. It’s a very interesting way to try to extract indigo from the fabric, which was his main idea with the experiment. 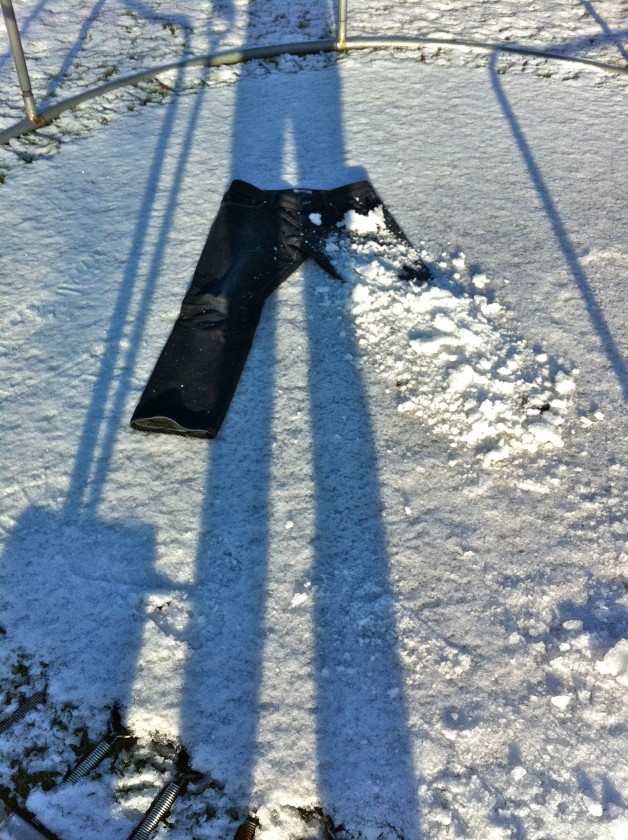 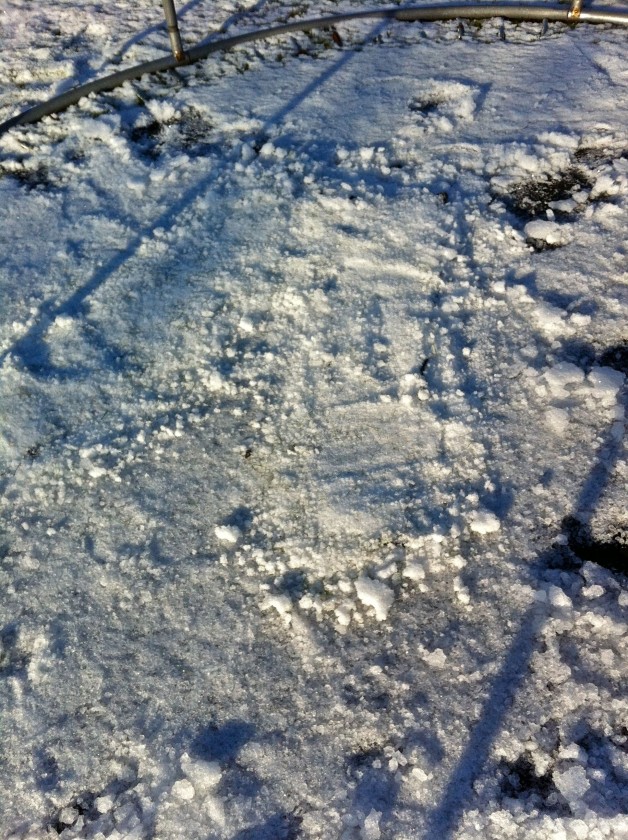