Kay Knipschild, founder of Red Wing Shoe Store in Berlin shows us that with a little care and attention, our Red Wing Boots can last over 60 years!

A couple of weeks ago, we took you to the Red Wing Shoes Store in Berlin. At their Red Wing Cleaning event, the knowledgeable staff was bringing some well-loved and well-worn Red Wing boots back to good order.

As an example of the quality and longevity of a pair of Red Wing boots, the founder and owner of the Red Wing stores in Berlin, Hamburg and Munich, Kay Knipschild, had brought along a beautiful pair of vintage Irish Setters from the 1950s.

Among Red Wing Shoes’ vast catalogue, back catalogue and various subsidiaries, there is one boot that stands out. The 877 has remained remarkably unchanged since its inception in the early 50s. Its durability, flexibility and longevity meant that it has been the boot of choice for farmers, hunters, construction workers and movie stars, alike.

The upper of the boot was designed as early as 1948 but it was not introduced into the Red Wing product catalogue until 1952 under the 877 catalogue number. It has become known by various other names including the “Irish Setter“ (from the orange colour of the leather) and the 8 Inch Moc Toe.

So, it was a real treat to see on of the originals up close and personal!

One boot was cleaned and treated in the same way its modern counterparts and the boots were on show for all to see. Of course, we took the chance to get Kay to pose his boots and took some detailed snaps! 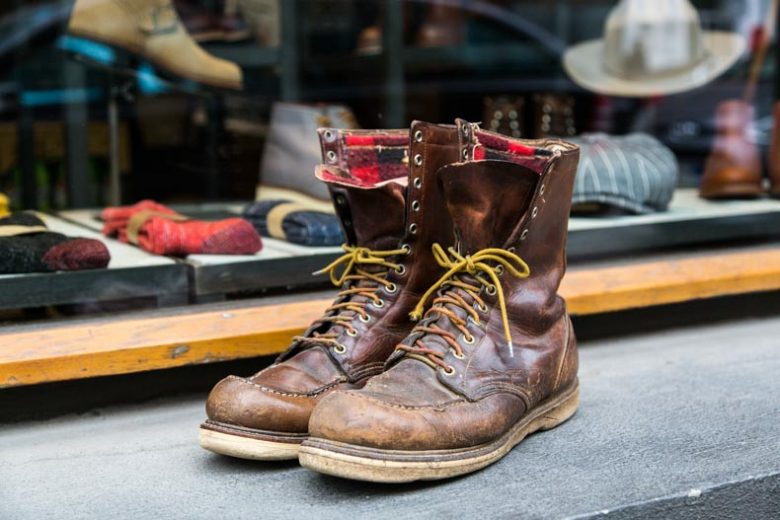 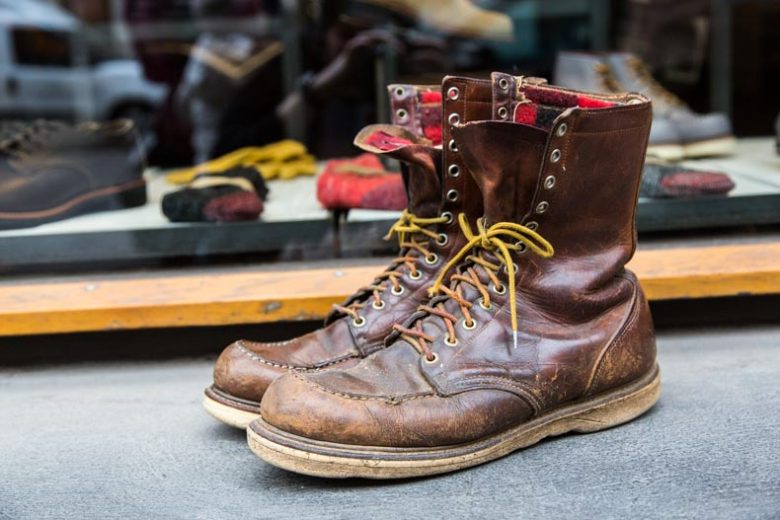 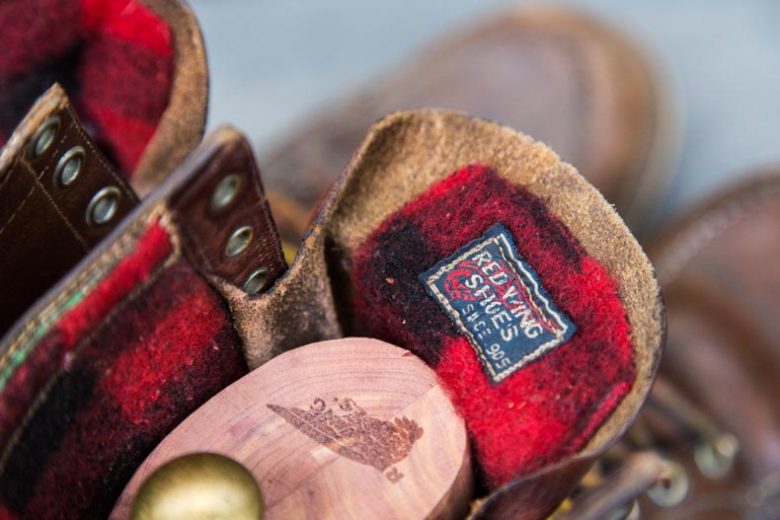 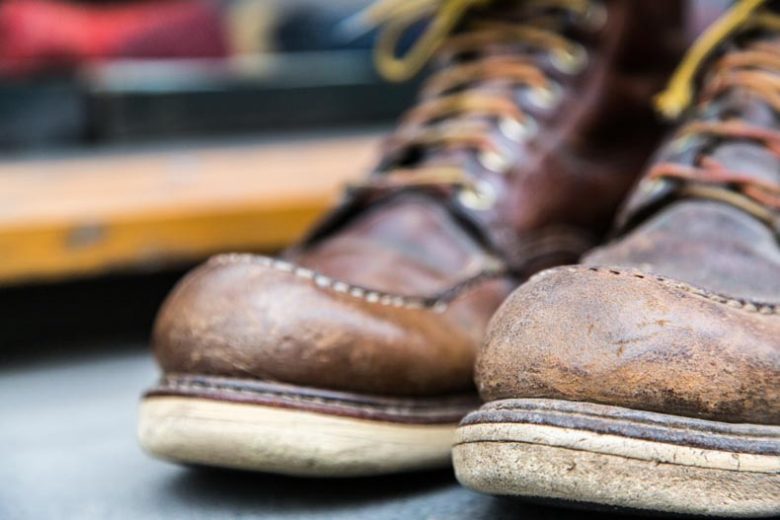 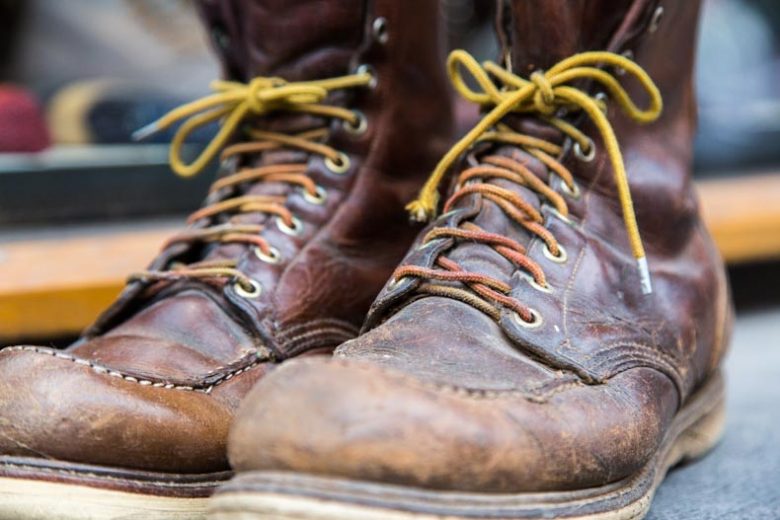 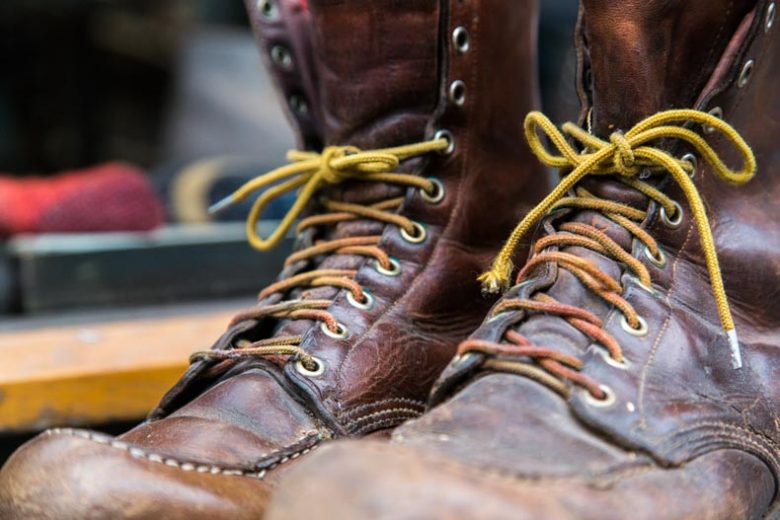 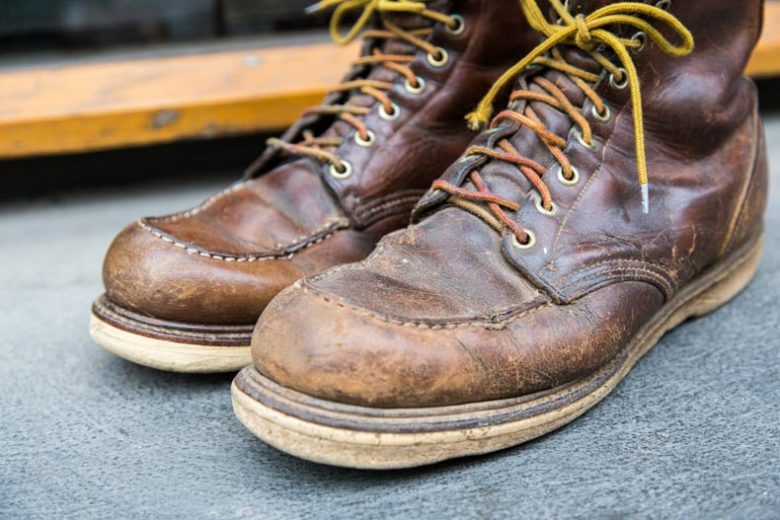 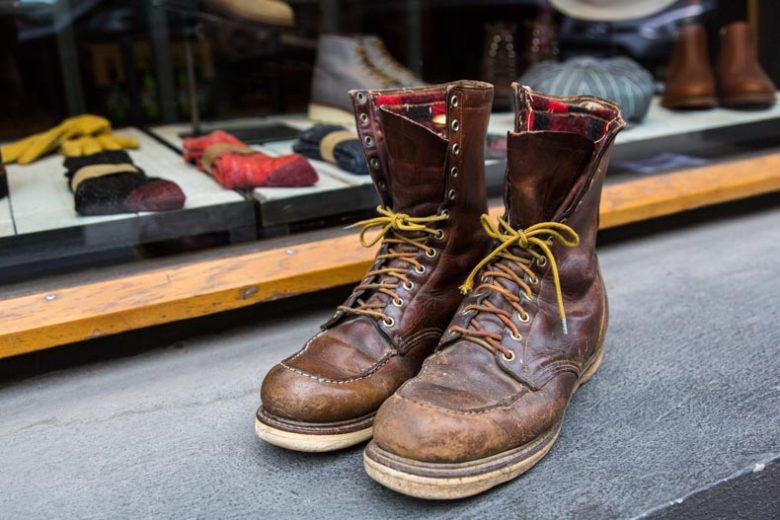 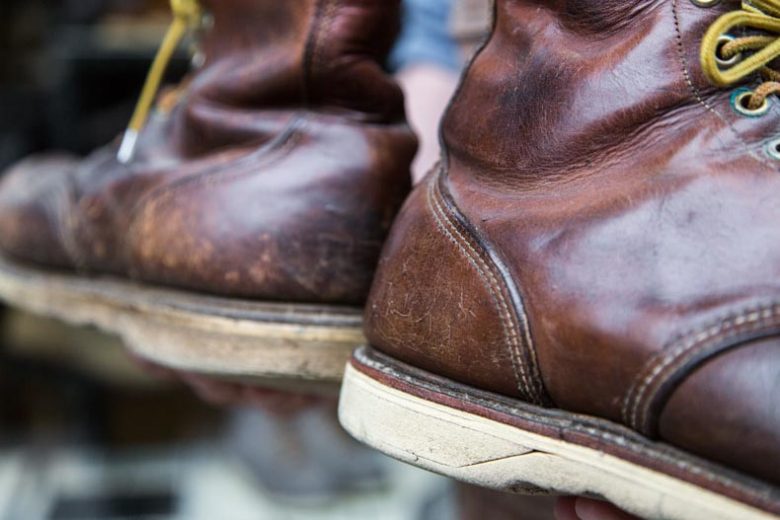 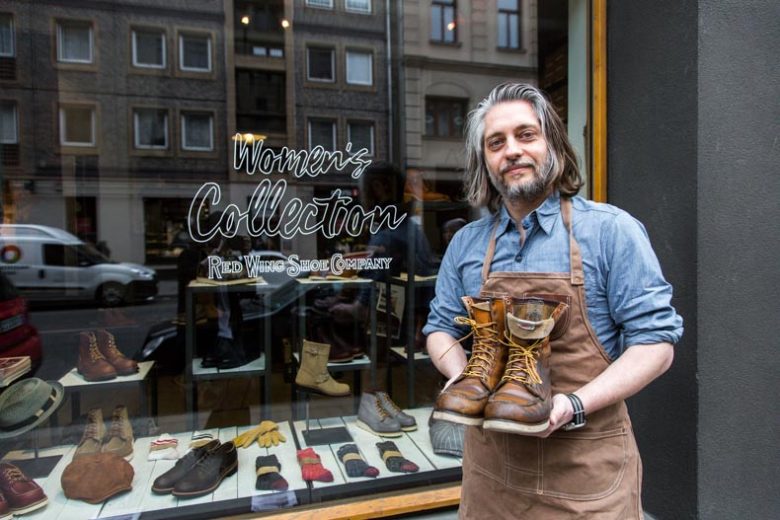