Levi’s As the New ‘Brand America’ 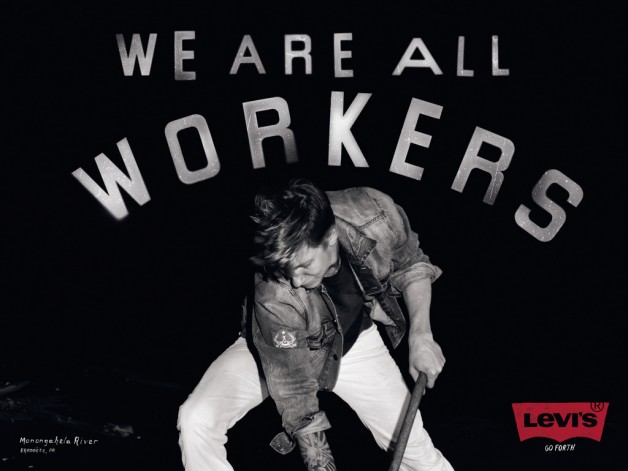 The “Ready to Work”-campaign is a sign of Levi’s attempting to detach its brand from some of the values typically associated with America. The campaign may be part of what America needs to rebuild its brand externally; an updated internal strategy to promote what America stands for beside fast-moving popular culture and domination by force, and provide the Americans with a better understanding of the rest of the world.

“Since 1873, the Levi’s brand has been making the clothes that pioneers have worn to build America”

The statement above is a quotation from the press release of a worldwide marketing campaign called “Go Forth,” which Levi Strauss & Co (LS&CO) introduced in the summer of 2010. The sub-campaign “Ready to Work,” launched in North and South America, staged how the true pioneering spirit is rediscovered in Braddock, a once vibrant blue-collar town on the outskirts of Pittsburgh, Pennsylvania.

This is a teaser of the campaign. You can also watch all episode here.

To readers who have insights into the history of the Levi’s brand, the reference of ‘1873’ and ‘clothes of pioneers’ might create connotations to the birth of blue jeans. However, through the eyes of a nation branding academic or practitioner, the statement is an unmistakable example of connecting the corporate brand of Levi’s to the associations receivers might about brand America.

As brand America is losing its value, American brands like Levi’s are increasingly detaching themselves from their country of origin. This paper discusses and analyses the role and importance of corporate brands as part of nation brands, more specifically the Levi’s brand as part of brand America, and how the “Ready to Work”-campaign is an example of this.

Almost three decades ago Levitt foresaw that globalisation would create a homogenous mass market out of the world, however, quite the opposite have happened. Still, in the contemporary post-modern and globalised marketplace, both nations and corporations are exceptionally aware of their “brand,” and they constantly use the associations that consumers have of the other to promote their own interests.

Since Simon Anholt in 1996 coined the idea of nations using corporate marketing strategies do endorse their own reputation, nations have been struggling to differentiate themselves from each other. However, nationality in terms of history, culture, and heritage is also highly used by corporations to brand products. 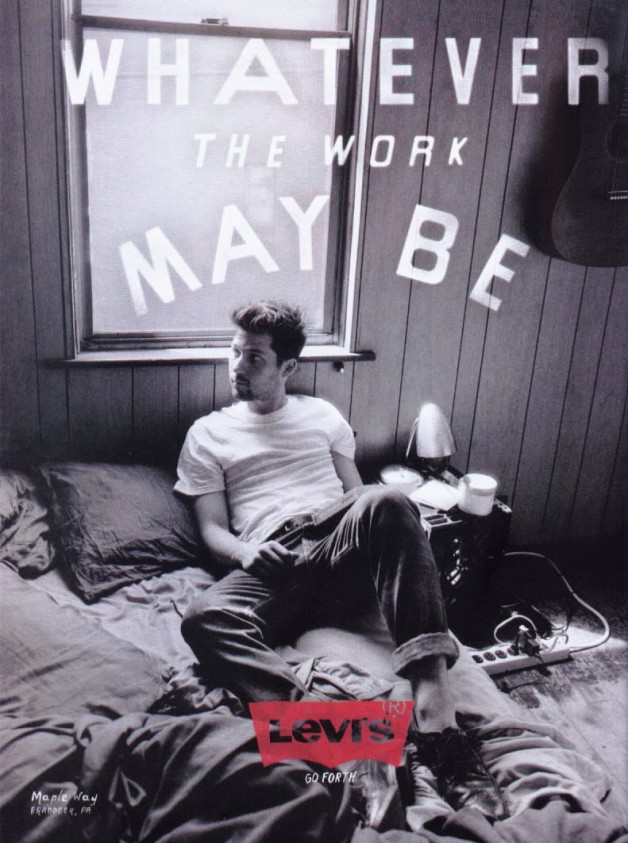 The Nation as Brand

which more than ever applies today. In other words, as products are used to communicate and support consumers’ identity construct, they are not only buying products but rather lifestyles, and consumption has become the main resource for displaying social class.

Quoting Fan nation branding is about, 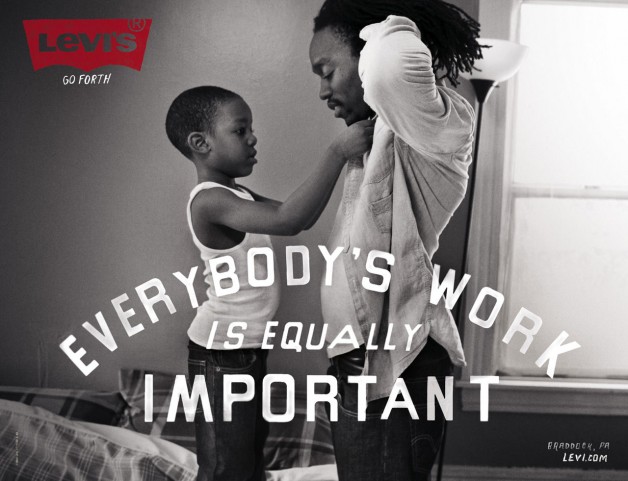 The Decay of Brand America

free-roaming cowboys who,“went to bed when they wanted, drank coffee at all hours and never washed behind their ears”.

Recently though, America has gained the image of an arrogant, self-absorbed and greedy bully who dominates with force and does whatever it wants, and the mystique and magic of America has perished.

America as a brand cannot easily control its communicative output, but must rely on private and commercial institutions and corporations to do so. This lack of ownership of the brand is one of the most striking differences between nation brands and corporate brands, and is also one of the main reason why brand management in the commercial sphere is much more likely to succeed than nation branding.

Additionally, abuse of nation brands is hard to manage, as nations have almost no control of the use of its brand and Fan notes that,

“the distinctiveness and exclusivity of a nation brand is hard to protect, as the nation has no natural monopoly on the precise qualities it is seeking to promote”. 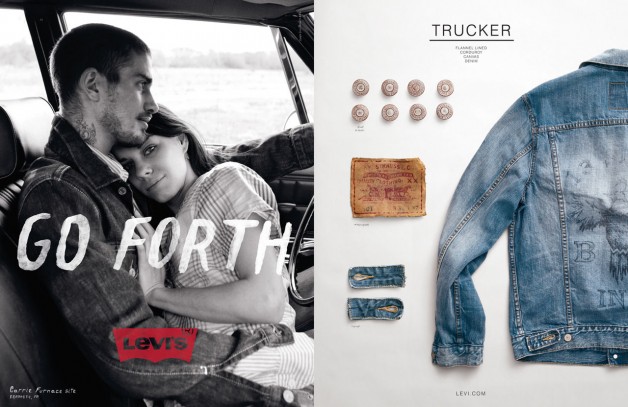 The Power of Trust

“It’s common for people to despise a country’s policies but love its products. Many describe America as utterly decadent, yet consume its culture voraciously”.

But if global consumers stop buying American brands and products the soft power of brand America is weakened.

“a country’s ability to influence other countries’ behaviour or ‘the ability to shape what others want’, without using hard or coercive power,”

which contrarily is the ability to change what other countries do with force. 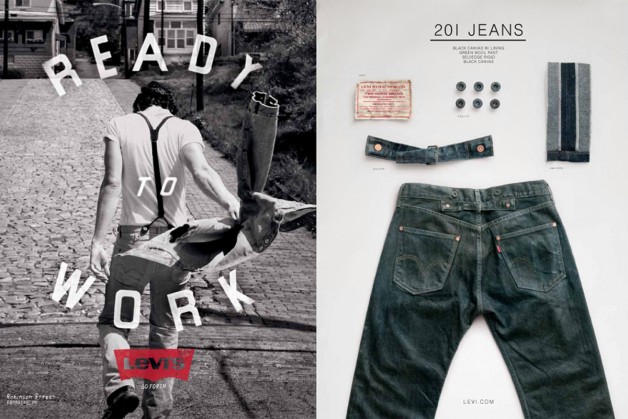 Levi’s: The Tangible Slice of America

Today the Levi’s brand has become an enduring symbol of America, and brands like Levi’s have become wearable pieces of America that youth all around the world can use to experience American firsthand.

The corporation in many ways displays a textbook example of how nationality, company heritage, and country of origin can be used as part of corporate branding. The history of the brand is a vivid exemplification of the American Dream come true; a young, hardworking and creative white immigrant from Europe that rose from rags to riches.

How to Get the Message Through To the Masses

Since the beginning of the twentieth century and especially in the years following WWII, American companies and American culture covered the world and a renowned feature of everything America was the statement of being American. Naomi Klein, author of “No Logo,” notes that

America’s problem is not its brand, but its product.

The creation of a nation that stakeholders like investors, tourists, and global consumers find attractive is the most important factor in nation branding.

Levi’s as part of brand America (and vice versa)

The role internationally of a corporate brand like Levi’s is highly inflicted by the actions of the nation-state in which it resides. Perhaps following global anti-Americanism during the last decade, Levi’s has toned down the use of traditional symbols like the lonesome, heroic but trigger-happy cowboy, who sheriffs his surroundings. Instead, a more humble role model is found with the “real American worker”. 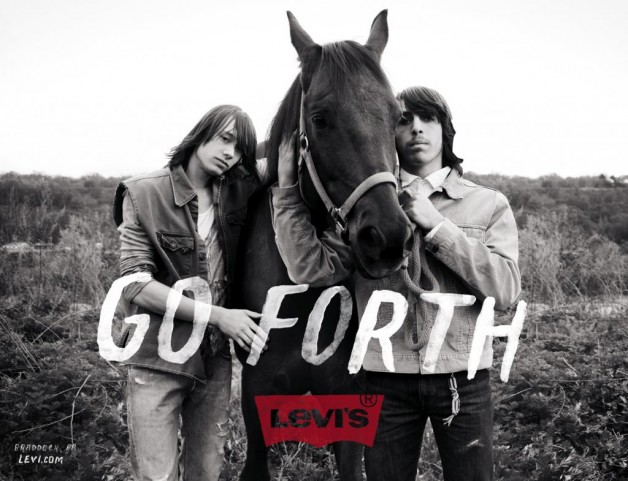 Levi’s is an example of a commercial and cultural brand of America that are renewing their brand strategy, which might also affect brand America.

In the “Ready to Work”-campaign, it is implied that the Levi’s brand represents the real American worker.

Levi’s products are framed as “classic American” and as, “the most recognisable and imitated clothing in the world”.

Such proclamations are undeniably formed on the basis of intense branding throughout decades, which has created a social cohesion of the brand.

A cultural and visual manifestation of a nation brand can be found in clothing, and for the American population jeans and other work wear related garments have become the national outfit. By claiming the invention and ownership of a true American legend like the 501 jeans, Levi’s holds the brand responsible for adding core value to the American brand.

Conventional wisdom follows the logic that,

but for the “Ready to Work”-campaign the mantra seams to be partially inverted with a reasoning that,

“you have to fail to succeed”.

As corporations have almost absolute control of their brand(s), they also have the ability to, “directly influence both the consumers’ experience of the product, and the way in which the product is presented to them through the media”.

Anholt lists three suggestions that nations can do to improve their brand:

1) understand their international image, 2) make a national strategy and narrative, and 3) ensure that their country delivers innovative and eye-catching products.

Another difficulty is controlling the actions of the citizens of a country, which is a central difference between marketing of nation-states and traditional corporate marketing.

In the field of marketing, corporate and country associations are conceptualised from the perspective of the receiver. This means that neither a company nor a country can possess these associations, as they exist in the minds of the consumer.

Corporate brands are potentially, “an untapped source of associations,” that nation can dig into, and use as ambassadors for their brand.

The corporate image of Levi’s reinforce the existing associations of America.

Though positive for brand America, this might make it difficult for Levi’s to detach itself from brand America.

Levi’s might enhance the associations that the consumers have of brand America. It’s hardly news that America was build by hardworking pioneers, but the “Ready to Work”-campaign does offer a fresh take on what brand America also stands for.

Levi’s and the Denim Industry

Levi’s practically invented the denim industry, and part of the common storytelling of the industry is a pursuit of incorporating the spirit of America into the brands and products. Therefore, the associations of the denim industry inevitably transfer to America and vice versa—the transfer even happens to brands that do not originate from America.

Part of the storytelling of the entire denim industry is the emphasis of the American roots of the products, and Levi’s has been one of the frontrunners in campaigning their country of origin.

However, by downplaying the traditional arguments used to highlight its country of origin, the “Ready to Work”-campaign attempts to detach Levi’s from its stereotypical image.

The Levi’s brand is almost unavoidable in the denim industry, and the fact that competitors repetitively refer to the brand and its products as industry standards, both overtly and covertly, makes the visibility of the brand within the denim market exceptionally high, even without Levi’s promoting it.

For many years, before Levi’s patented their logos and names, denim jeans where simply called Levi’s—regardless of the brand names they might have stated. The European and Japanese markets experienced similar reactions when jeans were first introduced during and immediately after WWII.

The American GIs were wearing the blue so-called Levi’s “waist overalls”. Like Coca-Cola, Levi’s truly became a global brand during and especially after the war, partly by taking advantage of the possibility to introduce their American brands and link it to the good and salvific American armed troops. As a result, the high visibility internationally of Levi’s facilitates an effortless transfer of associations from the brand to America.

The denim market today is global and American brands, just like brand American, no longer benefit unfairly from their country of origin.

Production of jeans within America today is limited to mid or high level priced brands, and like with most other textile industries, denim is now produced mainly in countries like China, India, Mexico, and Turkey.

However, as mentioned above, the sheer size and strength of the American denim brands, and their heritage as founders of the fashion and industry, gives brands like Levi’s a head start before any competitors.

The practice of branding America in many ways resembles branding Levi’s, which focuses on affecting consumption choices by using the associations that consumers have of it’s country of origin.

As the introduction stated, the “Ready to Work”-campaign is a sign of Levi’s attempting to detach its brand from some of the values typically associated with America. However, the separation may prove difficult, as the associations of the brand of Levi’s and brand America transfer from one to the other in a number of ways, and the two are deeply intertwined.

Even though, the campaign may be part of what America needs to rebuild its brand externally; an updated internal strategy to promote what America stands for beside fast-moving popular culture and domination by force, and provide the Americans with a better understanding of the rest of the world.

If you’re interested, I’ve included some of my central references that you may have a closer look at:

The Story of The Man Behind the Brand: Levi StraussTalk