In recent years, selvedge has become synonymous with vintage jeans and is often interpreted as an indicator of high-quality denim. But what do the white edges on the cuffs really mean and what’s all the fuzz about? Read on to find out.

Selvedge (UK) or selvage (US) is the technical term for the narrow and tightly woven self-finished edges that function as the natural endings on each side of fabric woven on an old-school shuttle loom and prevent it from fraying or unraveling.

In denim, the selvedge is usually white and it often has a coloured thread in the middle, which was originally added to help manufacturers recognise the different qualities that they were producing for different clients. 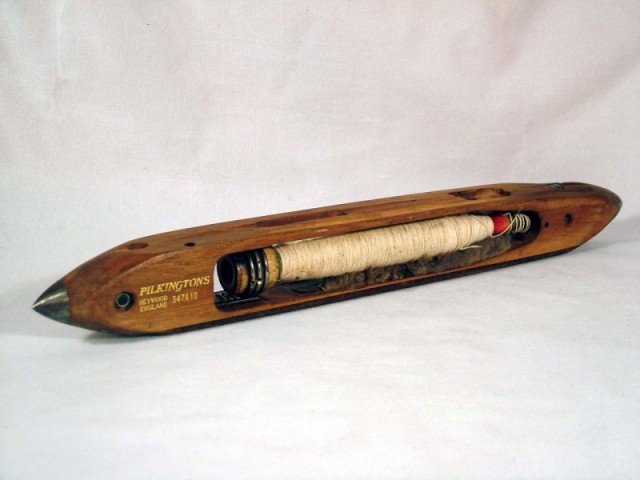 The Name Comes From the Way Selvedge Denim is Woven

Selvedge fabrics are woven on narrow 28-30-inch shuttle looms. Throughout the 70s and 80s, these looms were replaced by more effective and wider 58-60-inch projectile looms.On shuttle looms the selvedge is created by shooting a coil lead back and forth during weaving without cutting the thread. This creates a tightly woven and durable edge, which without additional processing may be included in the finished product. 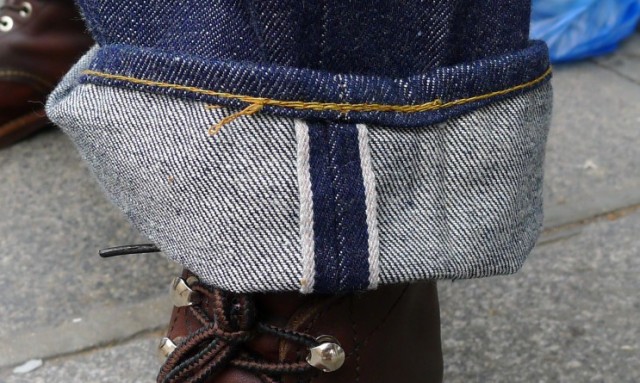 The Origin of the Famous Redline Selvedge

The redline that is common in denim was first implemented by Cone Mills in North Carolina.

The factory began supplying fabric for the Levi’s 501 jeans in 1915. Around 1927 they incorporated a red thread in the selvedge of the extra durable XX-fabric to make is easier to distinguish it from other qualities.

The redline selvedge on the pair of deadstock Levi’s jeans above from the mid-1970s is faded and almost not visible. 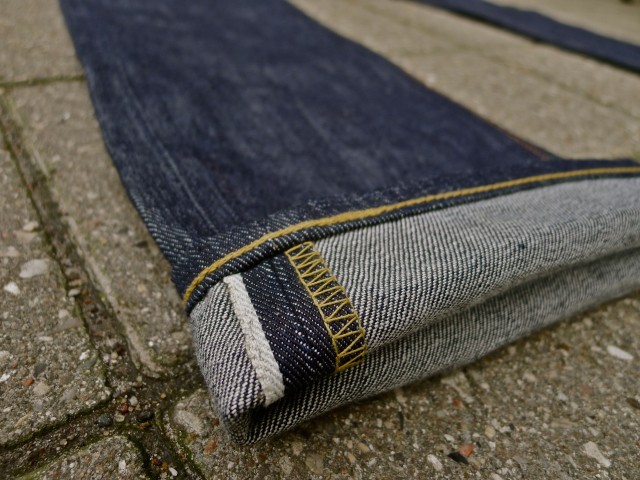 Today, the red ID has become synonymous with selvedge denim from any brand. This may be partly due to the dominance of Levi’s in the market the first half of the last century.

However, not all selvedge denim is redlined. Lee jeans originally used plain white selvedge denim yet sometimes you’ll find jeans with yellow ID in the selvedge. Wrangler allegedly used a green ID to distinguish their fabric, however, on most traditional Wrangler jeans the outerseam is double felled (like the inseam) compared to the busted seam that will reveal the selvedge.

Why Should You Buy Selvedge Denim? Because of the Fade!

The big question is why selvedge denim has become so popular?

The reasons are many and, as it has become a fashion statement, many consumers arguably do not question what and why they are buying it.

For denimheads, selvedge denim is generally preferred because it fades better.

There are a number of factors influencing the fade of a denim, including the yarn and the indigo dye, and the fact that a denim is selvedge does not necessarily mean it’s better.

The Art of Natural BleachingApparel

How to Make Jeans Pattern (At Home): The 10 Basic StepsApparel