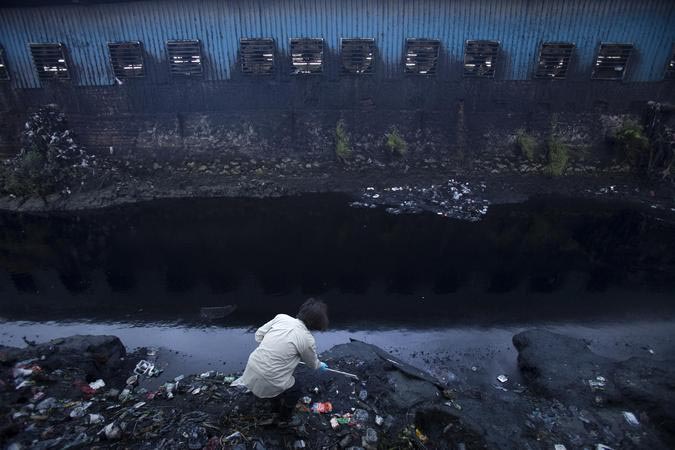 In a Greenpeace report, it was found that the dust in the streets was blue. Trees in the surrounding area were covered in strips of blue fabric. The lungs of the workers were filled with the fine silica used in the sandblasting process which is used to age jeans. The rivers and streams surrounding the town run from deep blue to white to an inky black depending on what factory is pumping whatever untreated waste out at any one time. It is estimated that it takes 3625 litres of water and 3kg of chemicals to make one pair of Xintang Jeans. This water is pumped, untreated into the water supply. 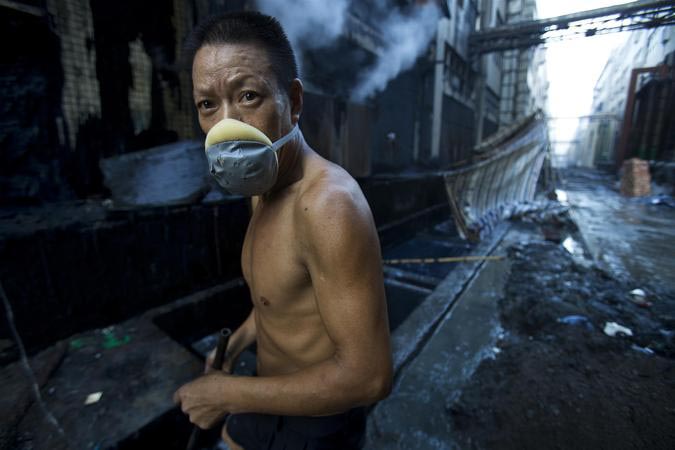 This, of course, leads to huge health problems for the workers, residents of Xintang and people unfortunate enough to live downstream from the town.

With such obvious dangers, the employees of the denim industry tend to be migrant workers who have little or no idea of the health implication. They are paid next to nothing and serious abuse routinely takes place perpetrated by local officials.

“After I had worked in the cloth washing factory for a couple of months I realised that dyeing and washing involved using lots of chemicals. Local people told me that people who work for long in this job can’t have children”

Anonymus worker at a dye factory.

On page three, find out why Raw is superior in every way!