The Real McCoy’s: A New Look Inspired By The Past 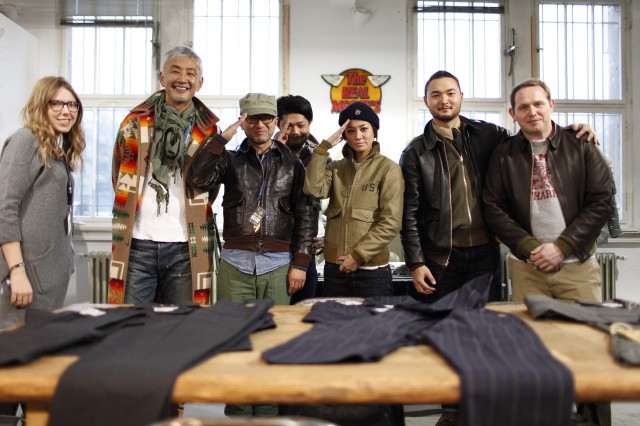 Established twelve years ago around the turn of the millennium, The Real McCoy’s is a reproduction label of the highest caliber, and probably the best in the world when it comes to replicating authenticity and state of the art products that transcend the perfect replica. “The real McCoy” is synonymous with ‘the genuine article’ and these guys take their name very seriously. Making absolutely no compromises regarding materials, sewing and finishing, what you see are the results of years of preliminary research and most of the items in the collection are based on originals from the huge vintage collection of founder Hitoshi Tsujimoto. Basically, Tsujimoto started The Real McCoy’s because he wanted to sell the best vintage clothing in the world and he was running out of the good old stuff.

For many years, before Japan opened itself to the world, the port of Kobe was one of the only places in the country where locals could experience the fashions, hear the music and taste the food of foreign cultures. This is where Hitoshi Tsujimoto rules his men’s fashion empire, the Real McCoy’s, specializing in better-than-perfect versions of classic American clothing, everything from James Dean–style red windbreakers to denim cut like they did it in 1955. 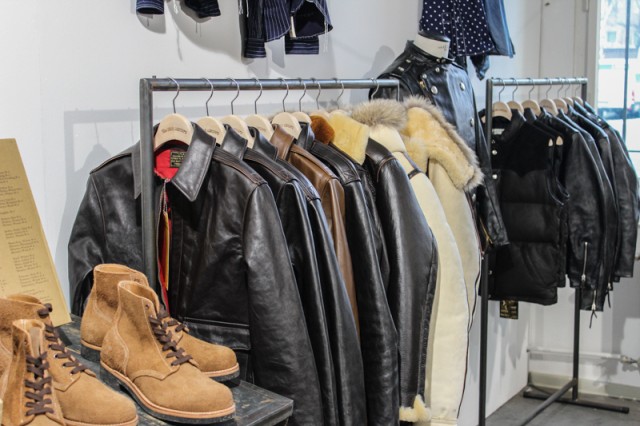 Many others have done it before him, but, even though the Japanese are generally known for the attention to detail, nobody like Tsujimoto has redesigned and reconstructed the icons of the American military and sportswear wardrobe that is not only better than its competition, but probably also better than the originals made in the US half a century ago. Every single The Real McCoy’s product is crafted with the utmost care and attention, and all items (expect their US made white t-shirts) are 100% made in Japan and roughly 99% of all fabrics are custom made. 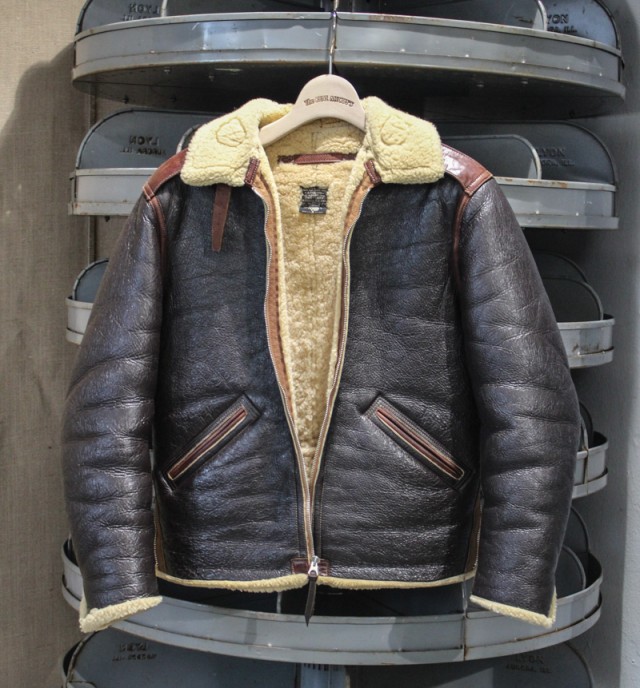 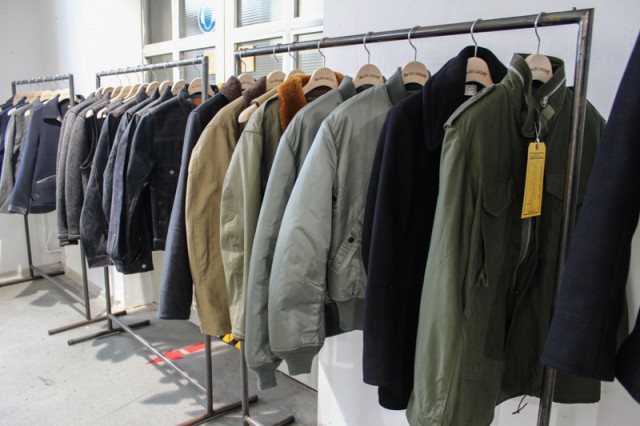 Tsujimoto’s obsession with American clothing originally began on a 40-day road trip across the American in 1978, when he was only 18. He brought home jeans, athletic jerseys and sweatshirts that he sold at a swap meet in Osaka. The Japanese vintage industry was just beginning to boom and in the mid-80s he opened a small vintage-clothing shop in Amerikamura, an area of Osaka that became the Japanese epicenter for US fashion and youth culture. 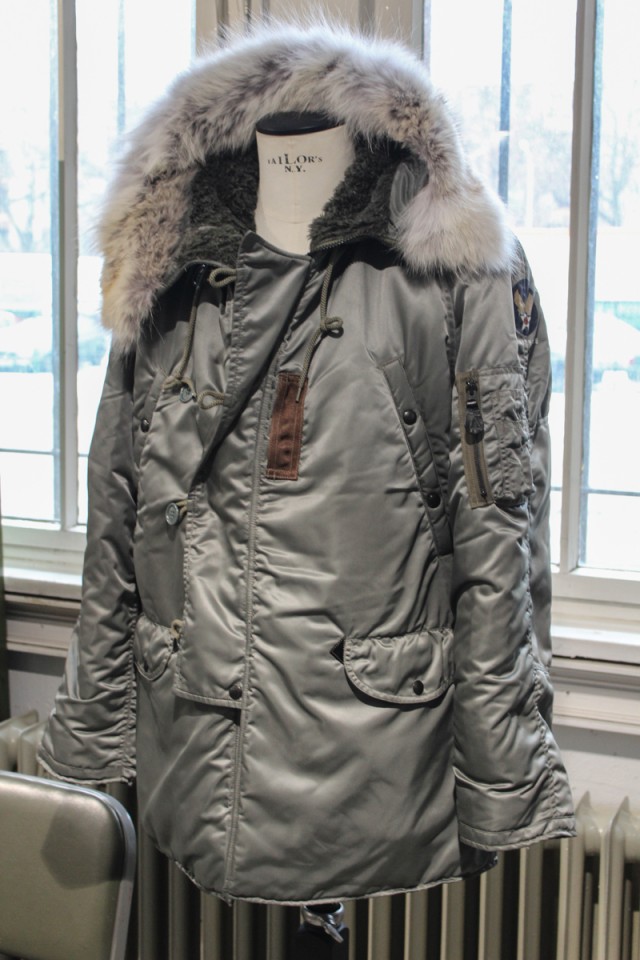 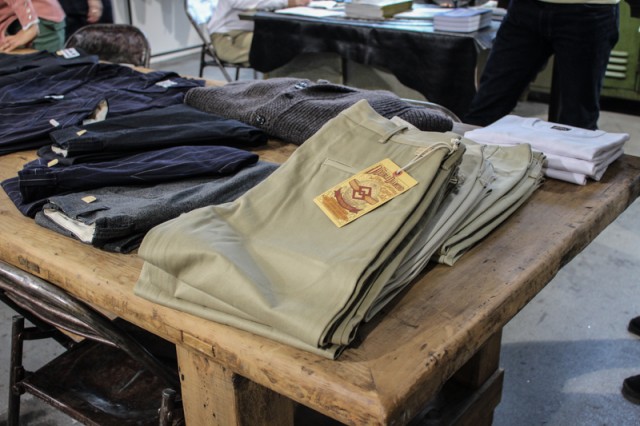 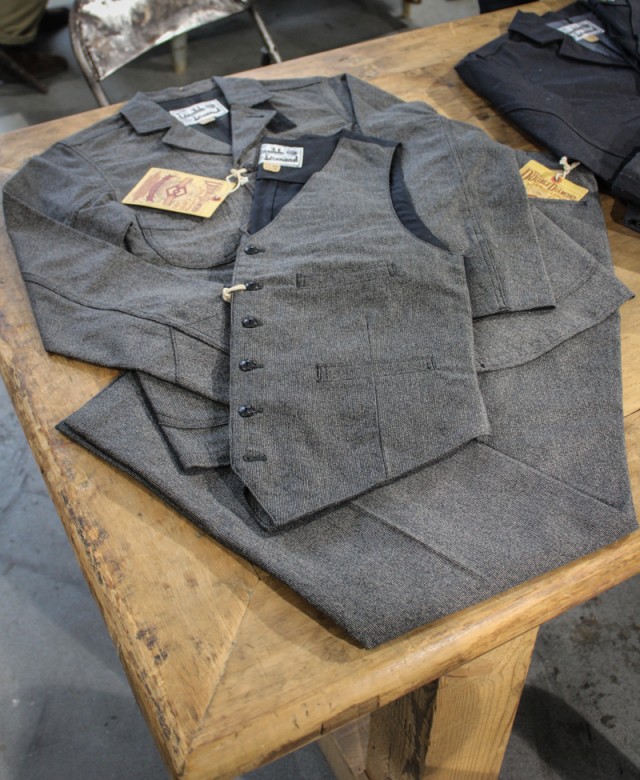 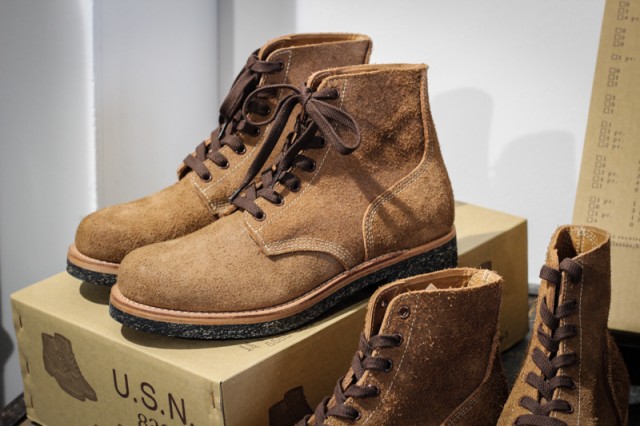 Over the years The Real McCoy’s has attained cult status, especially in Japan. The average customer is somewhere between 30 to 50 and he probably grew up being obsessed with this kind of clothing and used to buy American stuff at thrift stores when he was younger. 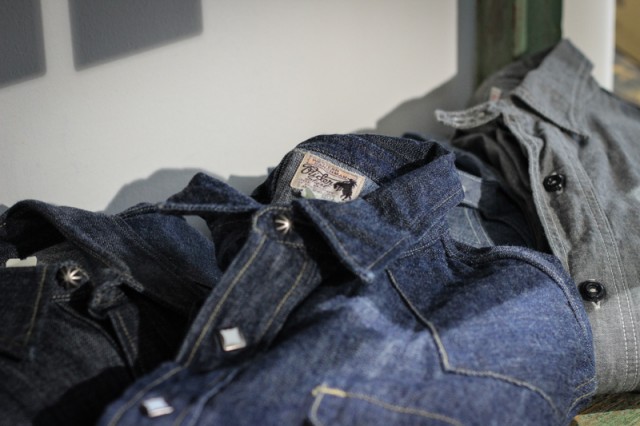 The 1930s Cordovan engineers boots sat in the R&D department for 8 years before the hit the market and with a production capacity of 20 pair per months (!) they are a rarity to see in the streets. 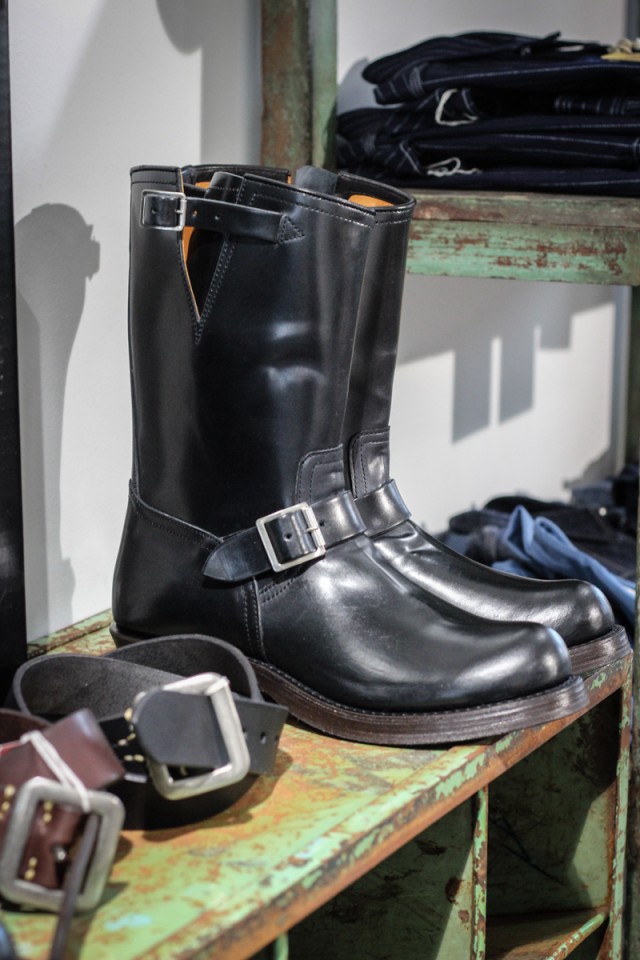 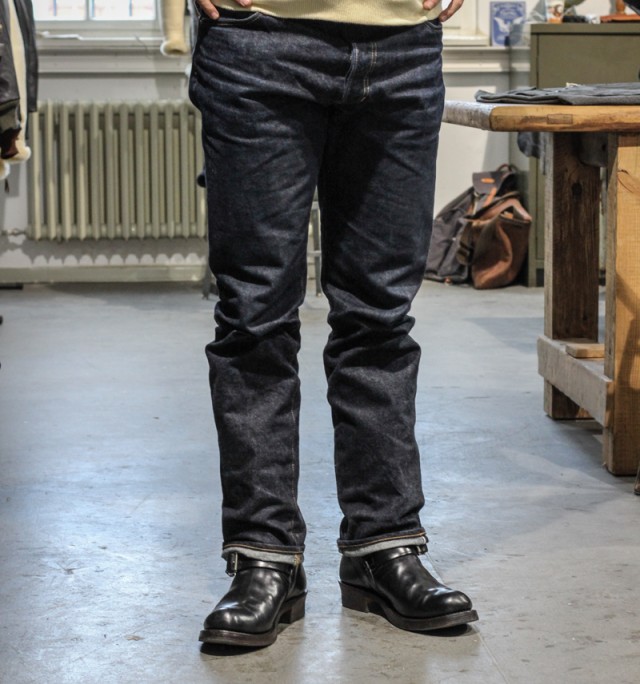 According to Tsujimoto, “the biggest innovation in clothing history was the invention of jeans. It’s the garment that conquered the world.” But with jeans, as with everything Tsujimoto makes, it’s not about merely imitating classic styles. “It’s not so difficult to make something that’s 100 percent the same as the original,” he says. “The key isn’t just getting the details right—it’s knowing when to change things,” Tsujimoto continues. “We create something that looks better. You have to change the fit because all these classic garments were designed with extra room to carry tools or weapons.” The denim is made in Okayama on old Japanese machinery. 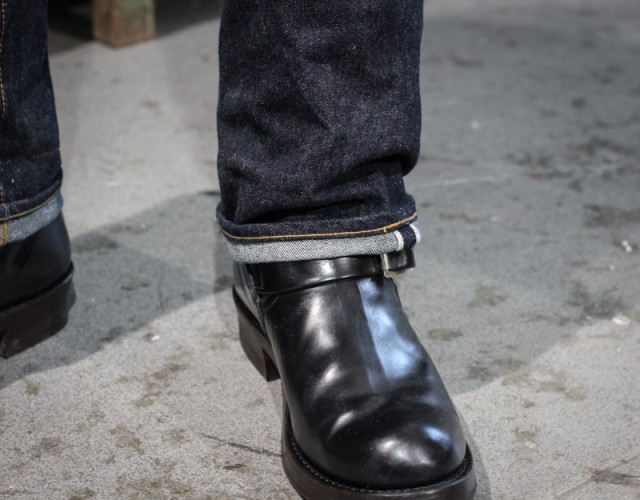 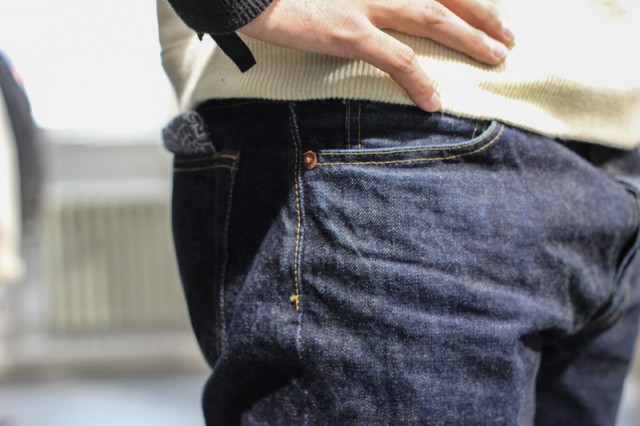 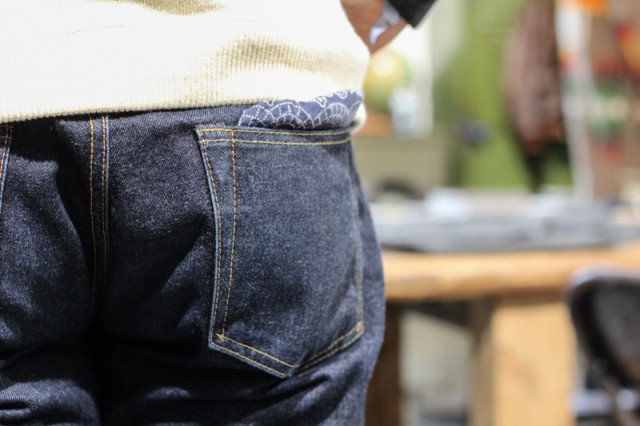 Functioning as a spec-report with extremely detailed insights into the craftsmanship behind each The Real McCoy’s product line, a yearbook is published annually in collaboration with the esteemed Japanese Lightning magazine. For 2013 it’s also available in English. With Americana showing no signs of slowing down, look no further than here for the genuine thing, The Real McCoy. 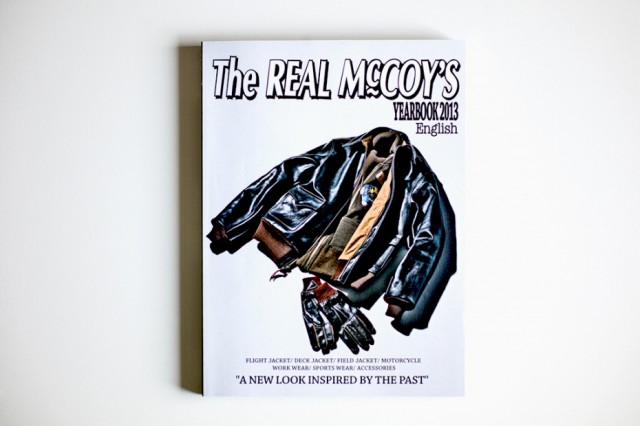 See the complete list stockists here or visit shops like Superdenim or Blue In Green to shop online.