Red Wing Shoes have delved into their extensive archive and dusted off the Munson last. It has been put to work again to bring us the Munson Ranger.

This iconic boot will be available in very limited quantities, exclusively through the European Red Wing stores.

Up till now the Munson Ranger has only been available to the Japanese market. When bringing this iconic boot back to Europe, Red Wing was not content with simply using one of their existing leathers. For the 8012, a completely new and unique leather has been created.

The leather is called the Burgundy Settler. As with all Red Wing leathers, it comes from only the finest Texan steer hides. These AA grade hides represent the top 5% of the total production.

The Burgundy Settler goes through a rather unusual and time consuming tanning process. A wax is added at the re-tanning stage along with the dyes. It is then softened and oiled before a final colour pigment is added. This gives it a depth and luster that in all honesty, has to be seen to be believed. I guess the Featherstone would be the closest I can describe it as. 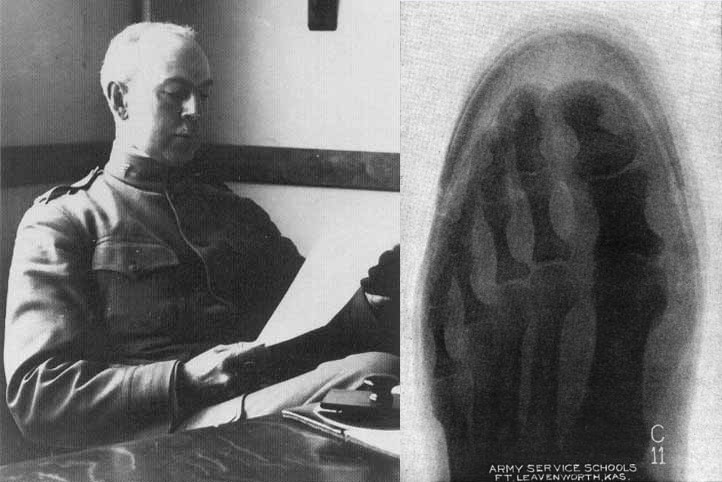 The Intertwined History of Red Wing Shoes and the Munson Last

The Munson boot takes its name from the creator of the last on which all Munson boots are formed.

Dr. Edward L. Munson was a Major in the Medical Department of the U.S. Army. In 1912 he began research to develop a boot to combat the problems commonly faced by service men. Ill-fitting boots would result ailments such as bunions, hammertoes or corns. None of which are a good idea on long marches or in the field of battle.

Dr. Munson spent four years developing the last. A boot for the military had to be suitable for every conceivable foot shape. He measured the feet of over two thousand service men and researched the fit and shape of numerous boots and shoes.

The design prevents the shoe from putting pressure on the toes. The distinctive toecap shape meant maximum comfort for any and all foot shapes. The design was so successful that it was adopted by all military branches as their preferred footwear.

Red Wing Shoes was the supplier for military footwear during both the First and Second World Wars, and naturally the Munson last was used for all their boots. Even today, the last is still used in a number of military footwear.

It was not only the military where the Munson last found an application. Given that it was designed for heavy-duty usage, it was used in many of Red Wings civilian footwear models. In the 20s and 30s more than half of the models used the Munson last. It saw action in the field of battle, in the fields of farms, and everything in between up till the 60s. At this time change customer preference saw the last shelved. That is until now.

Details of the Munson Ranger

In civilian use, the Munson saw its heyday during the 1920s and 30s. During this time, the distinctive toe shape was often used in conjunction with a capped toe design. And this is precisely what we find in the new Munson Ranger.

The boot evokes that 30s feel with every step. You can imagine that these were the boots pulled on by the Dust Bowl refugees as they headed off, on foot, to greener pastures.

As with all Red Wing boots and shoes, little has changed in terms of the way they were made. Naturally the boots are made in the US at the Red Wing factory in the town of Red Wing Minnesota itself.

The Munson Rangers are a piece of Red Wing Shoes history and we are very excited to see it make a return after a long hiatus.

As we mentioned above, the boots are going to only be available in very limited numbers and only through the European Red Wing Shoe Stores.

They are bound to go fast. If you want a pair, pop into your local Red Wing Store or head over to the Red Wing online store.

To ensure you get the perfect fit for your boots have a good look at our comprehensive fit guide.

Lewis Leathers: The Rebirth of a Fashion IconApparel