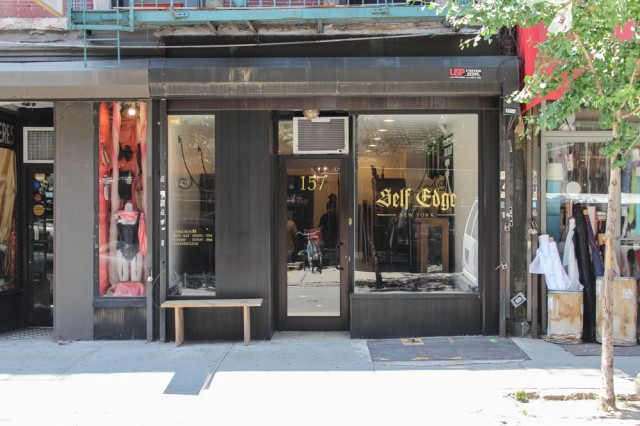 To most denim lovers Self Edge doesn’t need any further introduction. The goal of this growing American denim empire is to sell the best jeans in the world. Period. But to Andrew Chen, co-owner and manager of the New York branch of the business, it is also important to represent American culture through the different kinds of clothing that Americans have worn through time. A lot of it is work related clothing, but the shop equally stocks clothing Americans wore (and wear) while off work.

Even though prices are generally high compared to more commercial denim retailers, Self Edge is clearly thriving, and in less than a decade – and after only four years of operation in New York – the shops have gained a reputation as one of the western world’s leading retailers of high-end Japanese and American denim. And the customers clearly love what they get. We had a chat with Andrew about how the New York shop differs from the others. 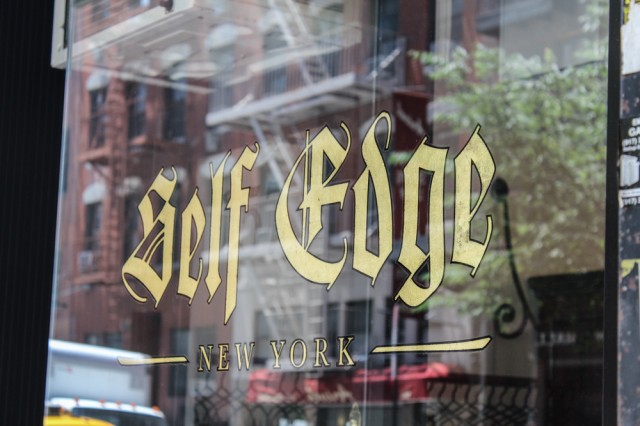 In terms of concept, Andrew explains that one of the challenges of opening in New York after San Francisco is the weather, which is distinctly between the two cities. In temperate San Francisco you can wear a heavy flannel shirt all year round, whereas New Yorkers with the city’s four legitimate seasons request more seasonal clothing.

Therefore, while the vision of Self Edge NYC is obviously to specialise in denim, the shop also specialises in the collections of the brands carried in the Self Edge universe. As Andrew puts it, “if the brands make it they usually have the same good perspective on the design and construction of their shirts and shorts as they have on their jeans. So even though some of it might look at little crazy compared to a classic pair of blue jeans it’s all part of the story of the brand.” 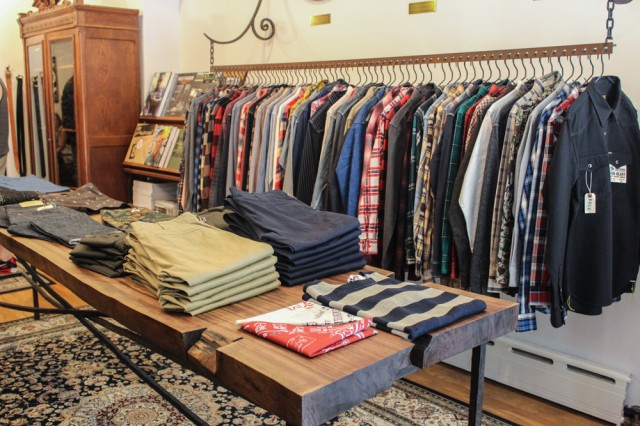 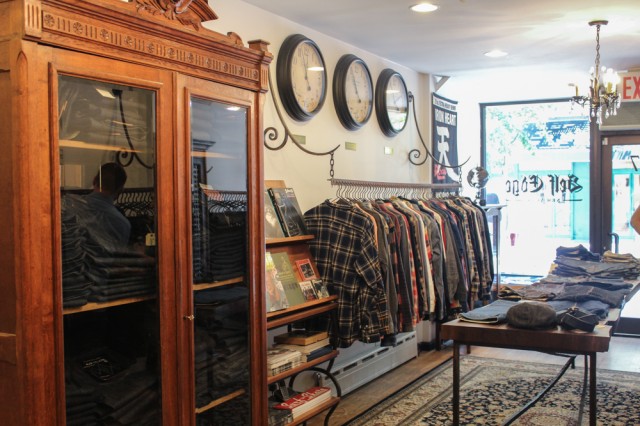 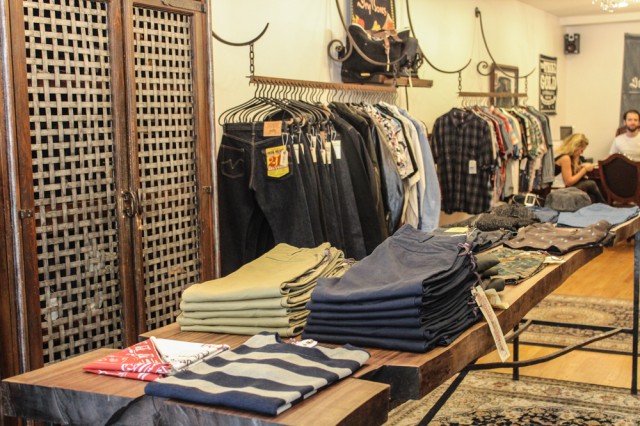 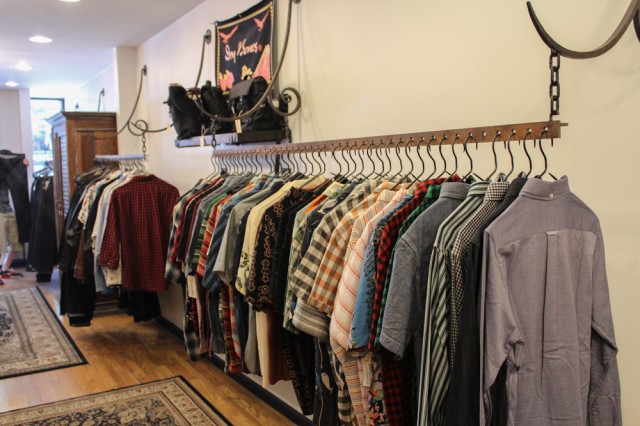 Some Self Edge customers see jeans as a tool; a basic part of their wardrobe, and they want the best. Others fall in love with the way the products are made and the brands’ approach to production. For that reason these customers will come back to discover how the thoughts that are put into the jeans translate in the rest of the clothing in the collections carried in the shop.

Although the rather tuff exterior can seem intimidating at first, the atmosphere in the shop is very relaxed, and the highly knowledgable and friendly staff is always ready to share their experiences with washing and sizing. 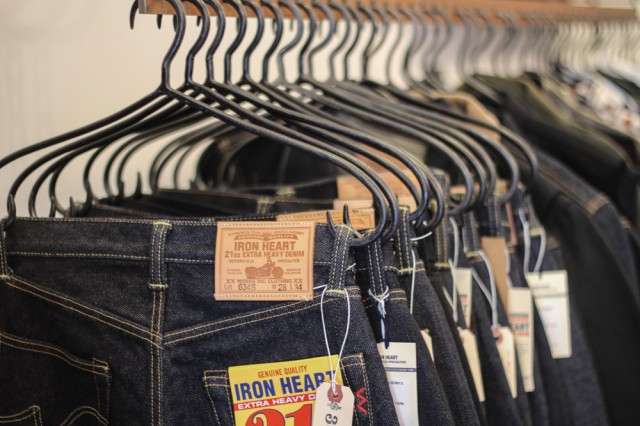 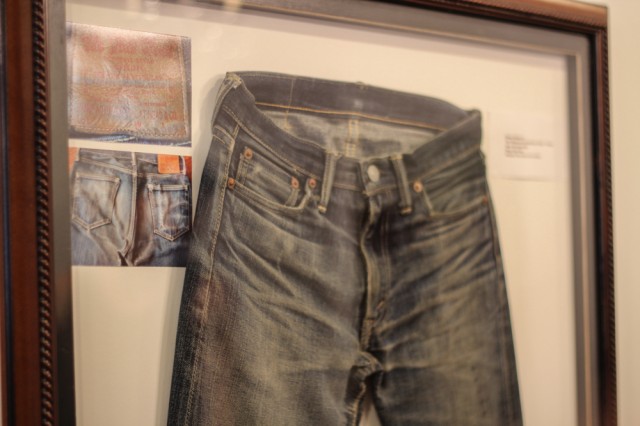 As one of the world’s leading denim retailers, Andrew Chen meets a lot of customers who wears jeans all year round no matter what, but some New Yorkers are not even thinking about jeans in the summertime. As a result, the selection of the New York shop has been adjusted to the city’s hot summers, and for one thing Andrew has grown the buy to bring in more short sleeve shirts and more shorts along with other lighter weight gear. As he points out, back in the days a lot of people didn’t wear jeans when it was hot or when they were on vacation. 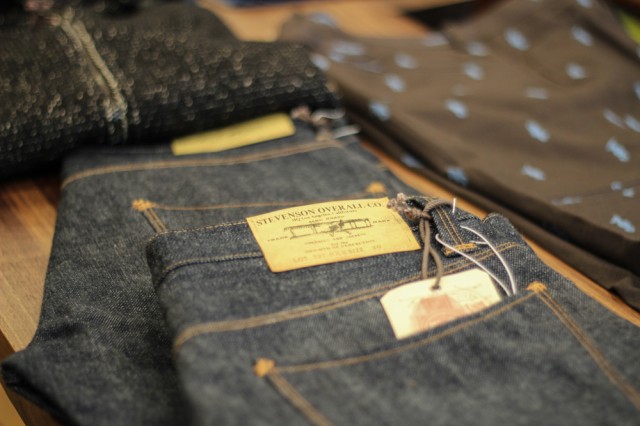 When Self Edge brings in a new brand there has to be a very unique story to it. The most recent additions to the line up is Strike Gold and Stevenson Overall Co., the latter actually being a fashion brand in Japan with the almost insanely high attention to detail that you would except from any brand that makes it in Japan.

Garments like Stevenson’s 60’s vacation shirt with mid-century print is a good example of tops that are made with the same perspective as the jeans are. Stevenson Overall Co. is also the first chino supplier at Self Edge, their Hilts slim chino has a perfect fit and it’s made of “the real deal” chino fabric, as Andrew puts it, with lots of natural loom chatter in it. 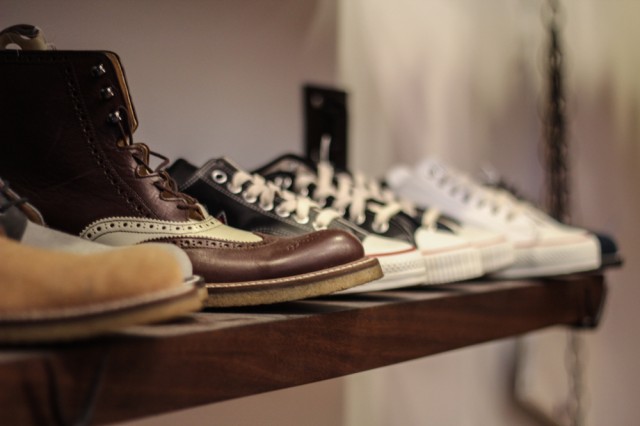 Through the ways the products are made you can learn quite a bit about the history of garment production, still it isn’t the objective of Self Edge to be historically correct. As much as customers request authentic high quality products they also want what they buy to fit because let’s face it the number of denimheads who actually wants to pull of the turn-of-the-century-buckleback-look is rather limited. 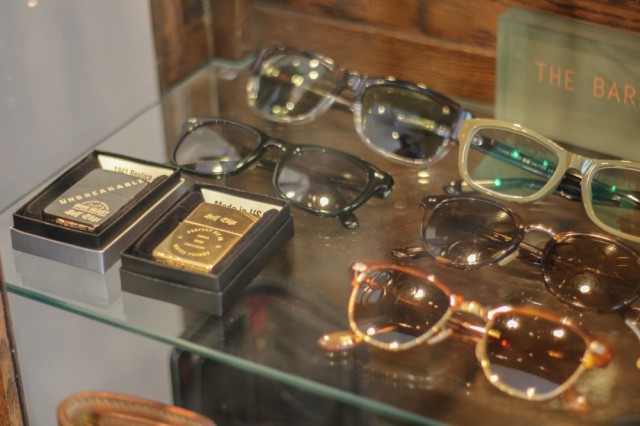 Shop the full selection of brands at the www.selfedge.com.