Learn Why the Rolex Submariner Is the 501 of Watches

True design classics are few and far between. Well-known examples include the Levi’s 501 jeans, the Porsche 911, the Fender Stratocaster, and the Rolex Submariner. These 20th-century designs are all ‘tools of the trade’ that have become truly iconic by contributing to popular culture and aesthetic celebration. The companies behind these lifestyle icons all pay huge respect to their heritage and celebrate their place in design history with their modern collections. The 501 jeans you already know, let’s talk more about the Submariner.

The Submarines Is A Tool Watch

The Rolex Submariner is rooted firmly in the history of tool watches; used as part of the essential equipment in its relevant professional setting be it underwater diving, track racing or piloting a commercial aircraft.

Released in 1953 (and first shown at the Basel trade show in 1954) the Rolex Submariner was marketed as one of the first waterproof and automatic-winding wristwatches for the demanding work of professional divers – it was waterproof down to a depth of 100 meters.

By the time the Submariner was launched, Rolex founder Hans Wildorf had been pioneering water and dust-proof watch cases for nearly three decades; most famously with the Oyster case, which has a construction that is based on a hermetically sealed case due to the screw down winding crown and screw down case back. Using this technology in the diving watch was the beginning of the most iconic sports watch of the 20th century. 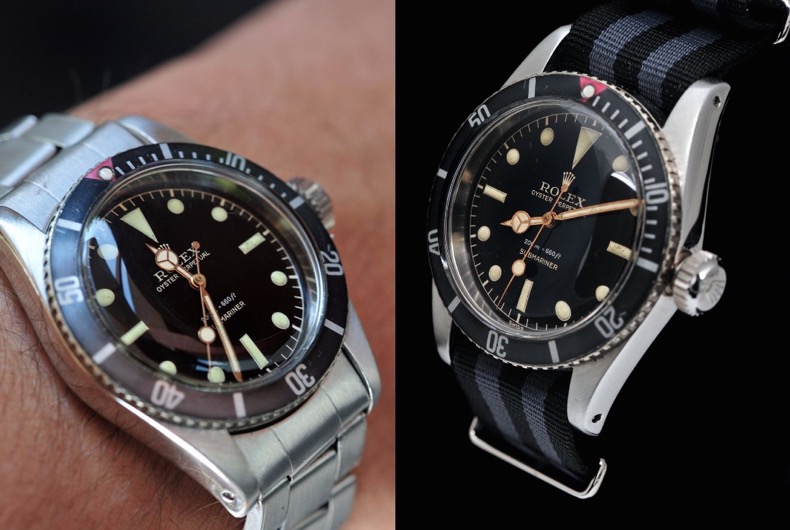 The Rolex Submariner reference 6538, also known as the “Big Crown”

The Icon Has Endured By Taking Several Forms

There were a number of early variations of the Submariner, but in 1956 two versions of the watch were launched that set the blueprint for the next sixty years; the references 6538 (with a large oversize winding crown – called the ‘Big Crown’ by collectors) and the 6536.

Both these references featured the classic layout of the Submariner that is still prevalent today: the mercedes hands, graduated sixty-minute bezel, black dial, and the legendary ‘Oyster Perpetual Submariner.’

Evolution Is Inevitable and Necessary

The watches quickly became very successful. Over the years, Rolex made small changes in response to research and development with various divers and commercial diving companies.

In the late 1950s, Rolex launched a model that featured crown guards on either side of the winding crown, known by the reference 5512. The introduction of crown guards protected this weak-point in even the most hostile conditions under water. This new case was designed in response to feedback that the crown could easily take a hit during dives, which could compromise the waterproofness of the case. 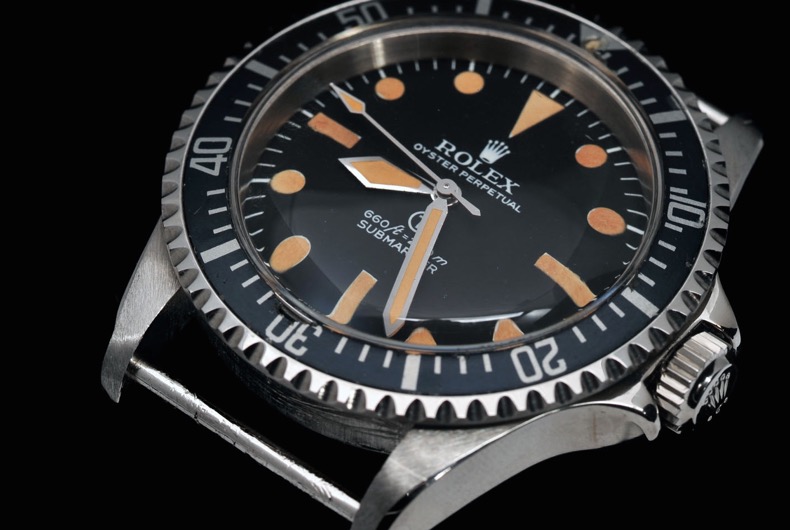 The Submariner even good enough to be adopted by the British Royal Navy in the mid-1950s and issued to its combat divers. (Submariners manufactured by Rolex’s stablemate Tudor were used by the French Navy – the Marine Nationale). This also enabled Rolex to learn even more about how the watches functioned and make minor changes accordingly.

Due certain specifications of the British Ministry of Defense, Rolex made small changes to the watches supplied to the British Navy. These subtle differences, if all still present, can increase the value of a MilSub in ten-folds. One of the most famous MilSub differences was the fact that the spring bars (which hold the bracelet against the watch case) were fixed and so the watch had to be worn on a nylon strap – now known as the NATO strap (due to its NATO G10 stock number).

The Birth of Cool of the Submariner

The Submariner is one of the most instantly recognisable watches in the world, especially the world of sports watches. As with any hugely successful product, other companies soon started making watches with passing resemblance to the Submariner. It didn’t take long before the Submariner had become a must-have for the style-conscious gentleman.

Rolex quickly acknowledged this and encouraged the Submariner to be worn not only as a professional diving tool. They introduced a version with a date function (reference 1680) and also a solid gold version (reference 1680/8). 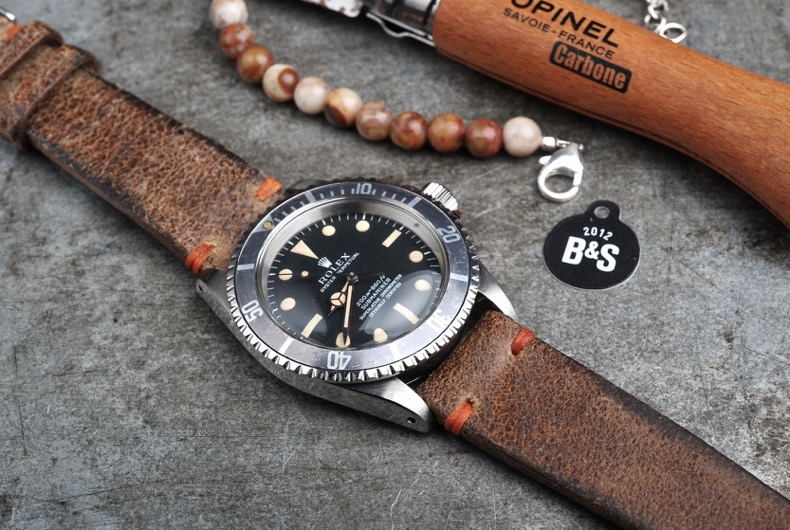 How To Style the Submariner With a Strap

The Submariner is clearly a versatile watch that can be dressed both up and down. Many love the look of the Sub on a classic NATO strap. Bulang & Sons’ new exclusive NATO series ‘Distressed Denim’ is another way to go. It looks great with the classic Submariner, especially those with a faded bezel inlay.

There is also the option of adding a buckle strap in a range of different leathers. For an elegant evening look, team your vintage Submariner with a black leather strap. With a cool tailored tweed jacket and killer denim jeans, we recommend the ‘Dark Brown Rugged Strap’ to give your look the edge!

Head over to Bulang & Sons’ website to see their full selection or get up to speed on everything related to Rolex at the 100percentrolex blog.

Bernhard Bulang
For Bernhard, vintage watches are synonymous with quality, value, and durability. He has made a name for himself among watch enthusiasts with his blog 100percentrolex. He was also the co-organiser of the Passion meetings, which brought together a small, dedicated group of Rolex passionados. Being an entrepreneur with his own design agency, in 2012 Bernhard felt it was time to bring all these initiatives together in one concept: Bulang & Sons.
More Good Reads
© 2010 - 2022. All Right Reserved. Rope Dye Media OÜ | Address: Sepapaja 6, Tallinn 15551, Estonia | Registry code: 14425938 VAT number: EE10205018 | Privacy

The Askania Bremen. The Coolest Watch You Have Never Heard OfWatches