Scrubbing Up Well: How to freshen-up and care for Red Wing Boots

Any of us who has a pair of Red Wing’s knows that there’s not a lot you have to do with them. You put them on, break them in and they are your best friend from there on in. But, ever so often, they do require a little TLC.

Last week, at the Red Wing Shoe stores in Berlin, Hamburg and Munich, the amazingly knowledgeable staff were on hand to show us how to properly clean your Red Wings. From the Rough Outs to the distinctive Oro Legacy leather and everything in between was catered for, and the visitors were lead through the process and shown the right product and technique to do it themselves at home.

6 Years, Three Continents & Not Much TLC

I took my well loved and well worn 877’s over to the store to see what they could do for them. As you can see, they were in dire need. 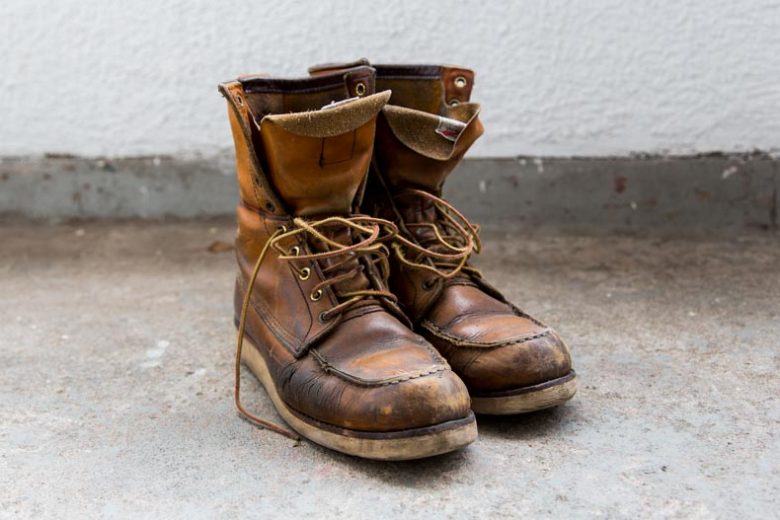 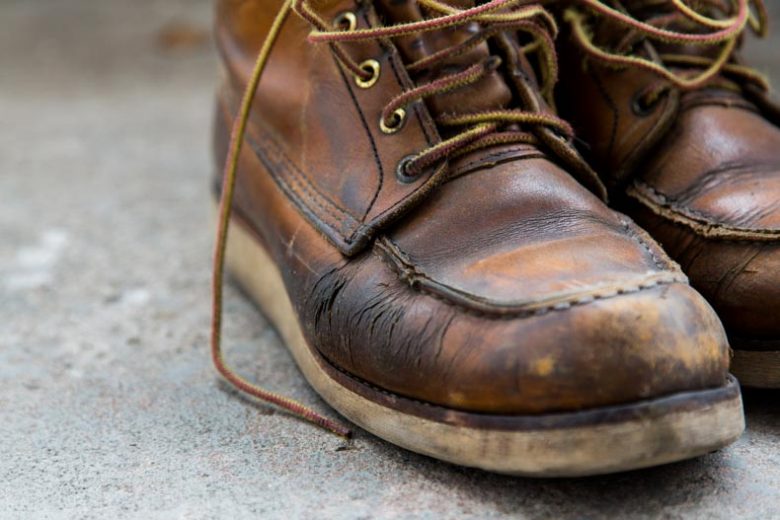 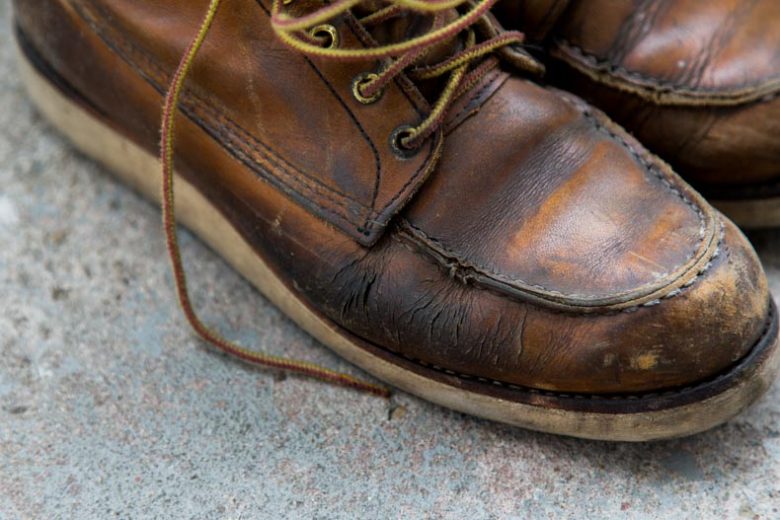 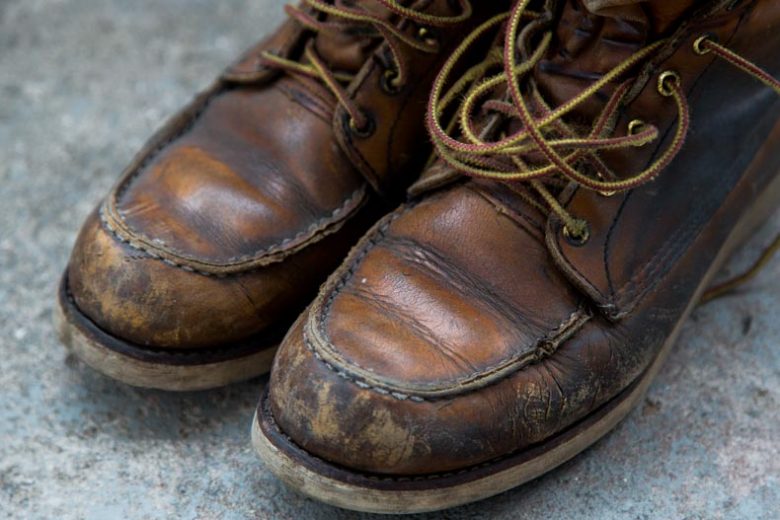 These boots were my first pair of Red Wings. They have carried me over three continents, taken a beating in both the Berlin and Scottish winters, and done so in style. But, I will admit, perhaps at the beginning, I was a little lax in applying the correct care and attention when needed. And it was starting to show. So, let’s see what the guys could do for them

First of all, store manager Mick had a good look over. As you can see, the boots have a pretty heavy patina all over. I really like that. Mick could have given them a deep clean with the boot shampoo but on reflection, I opted to keep the patina and treat the leather.

The first step was to give the boots a solid dusting off. Using a brush, any loose dirt was removed paying close attention to around the welt and where the tongue is attached to the boot body. This area, in particular, is known for collecting all kinds of gunk. 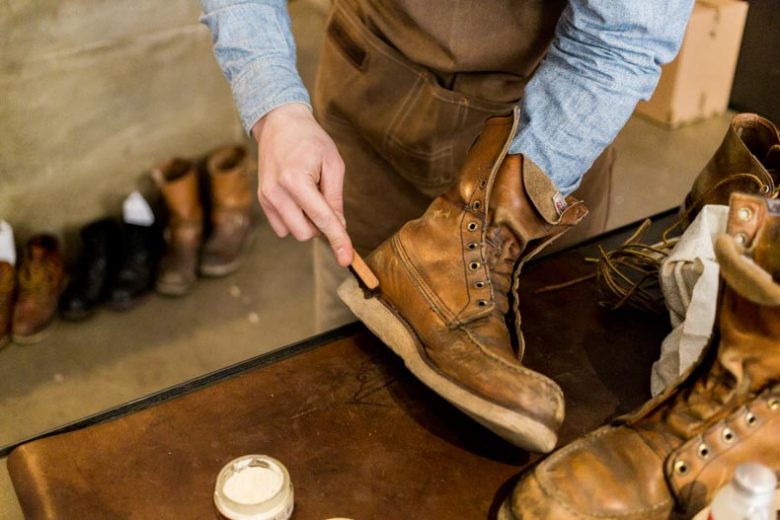 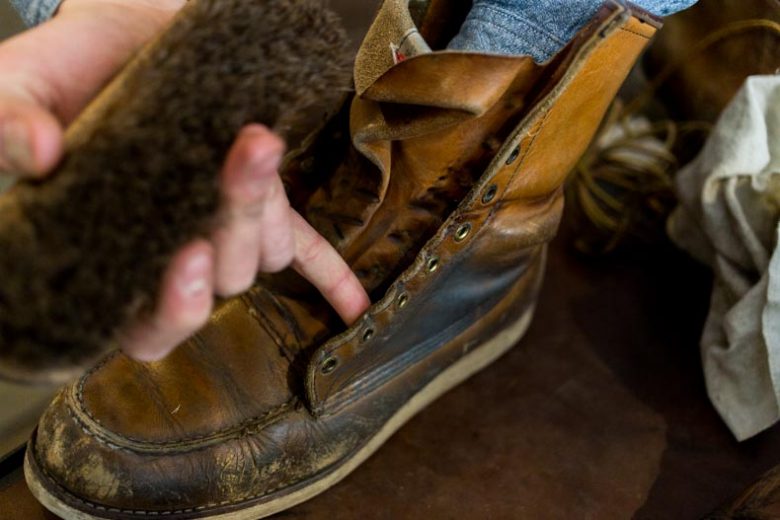 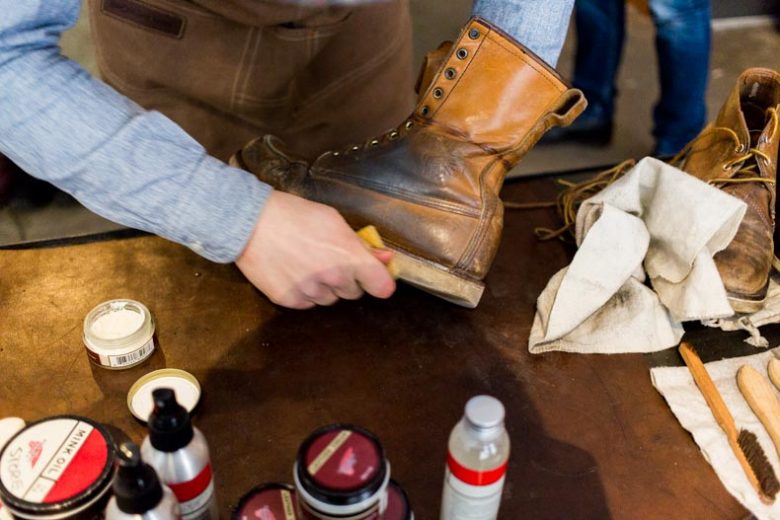 The edge of the soles was given a scrub using the Foam Leather Cleaner. This would have been used to clean the leather on the boot if I wanted the Patina removed, but it is also perfect for bringing back the crisp white of the crepe sole, well almost back to crisp white.

The Right Tool For The Job

With the boots cleaned up, it’s time to start applying some conditioner. For the leather used in the Irish Setter, the Mink oil is perfect for the entire boot. From the Goodyear welt, right up to the top of the boot. 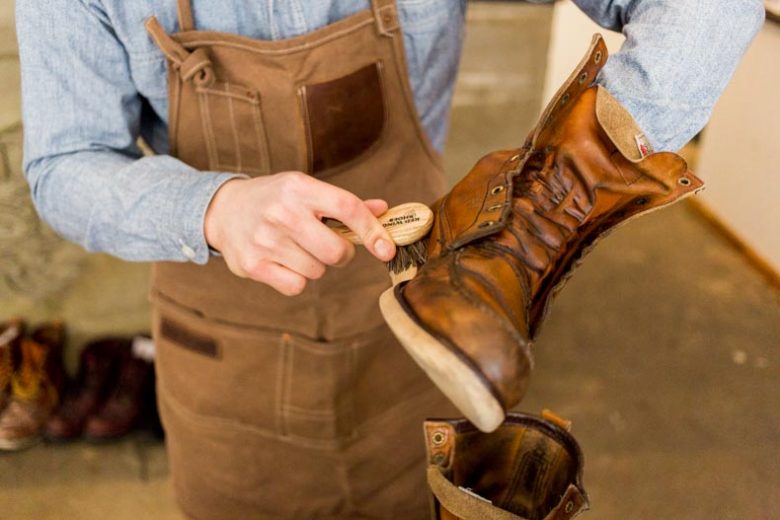 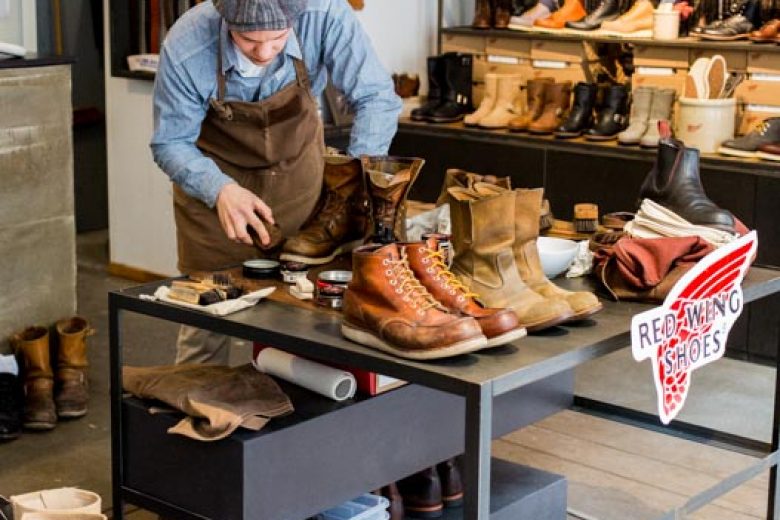 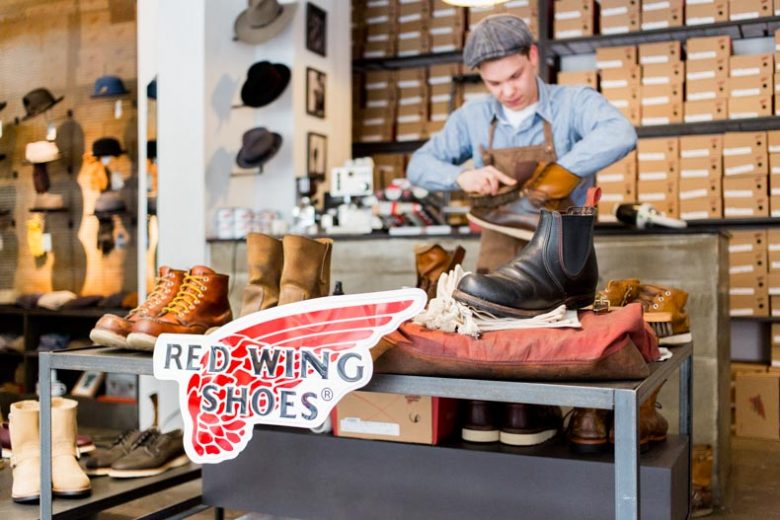 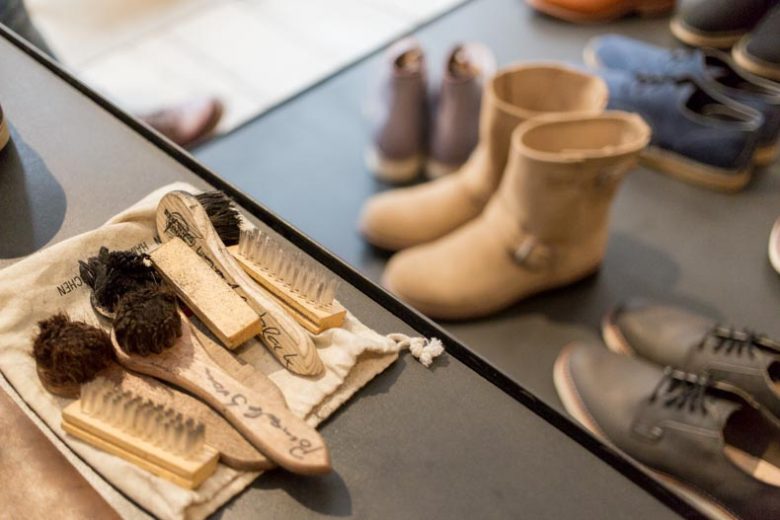 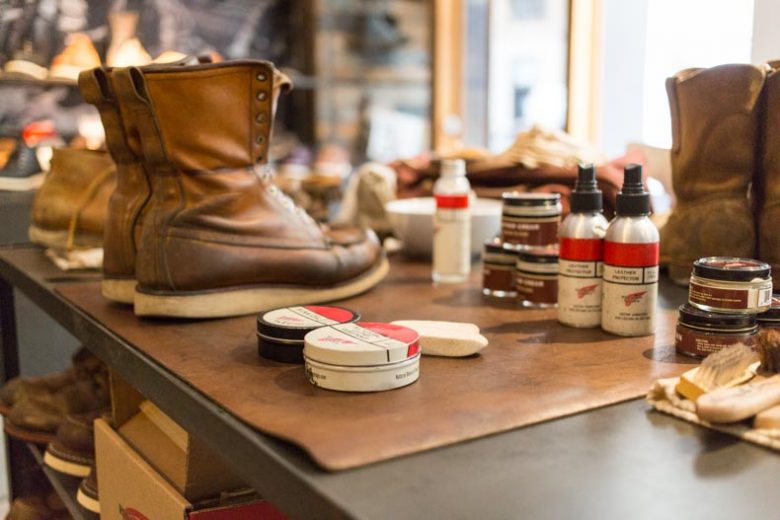 The boots were then left to dry for a spell and then Mick had a little surprise for me. He recommended using the Red Wing Leather Protector. Up till now, I was under the impression that leather protectors and Red Wings were to be kept far apart. But Mick explained that this particular product still allows the leather, and so your feet, to breathe whilst providing a good deal of protection against water, salt and grease – all the nasties that will dry out or stain your boots. 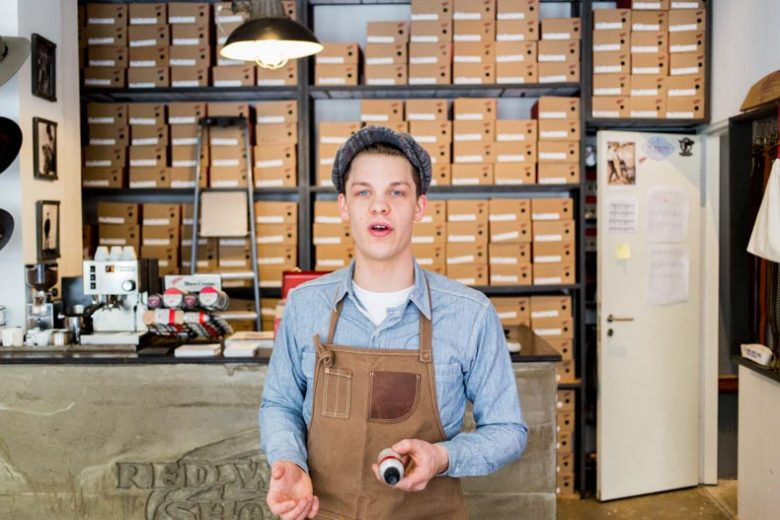 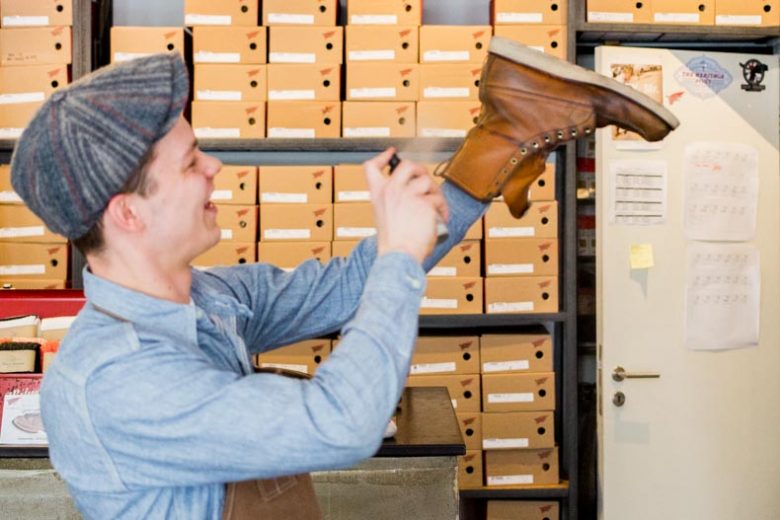 A final buff, a fresh set of laces and my well loved (if slightly mistreated 877s) were good to go. I think there is another continent in their future. 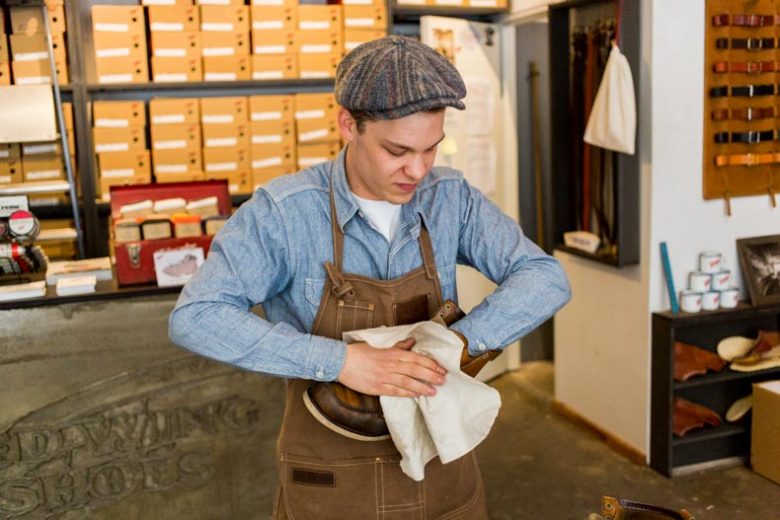 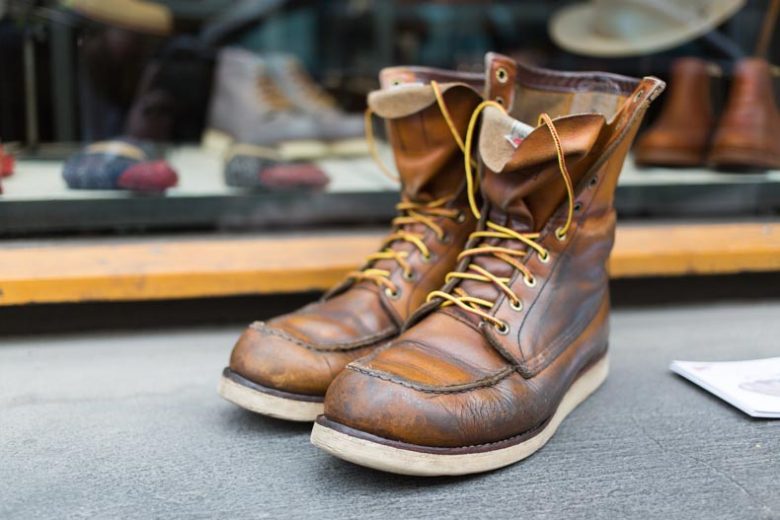 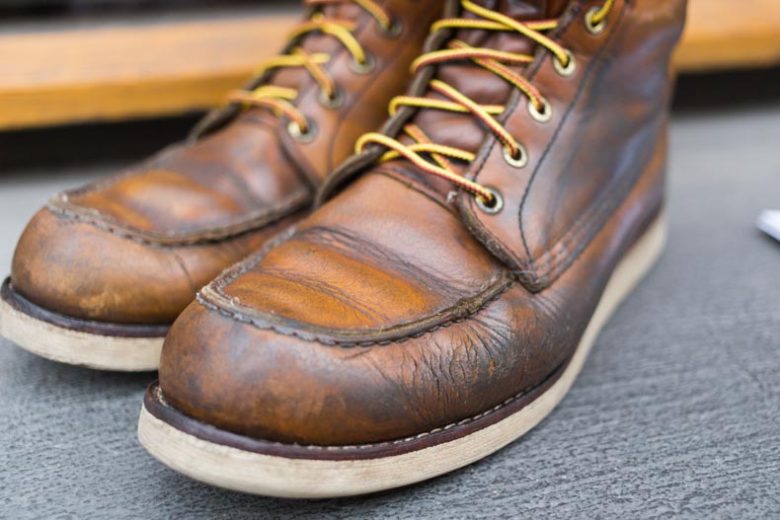 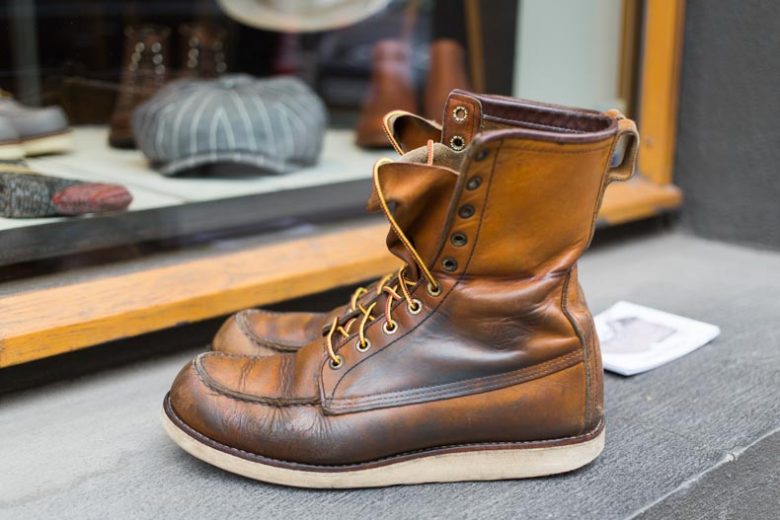 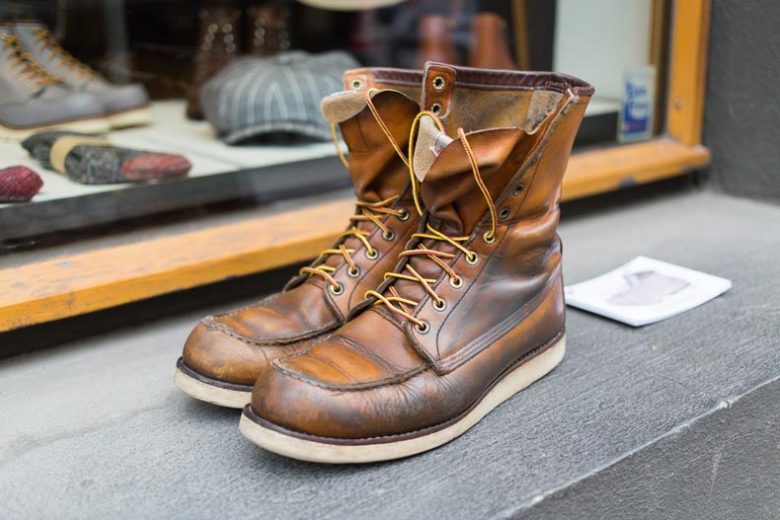 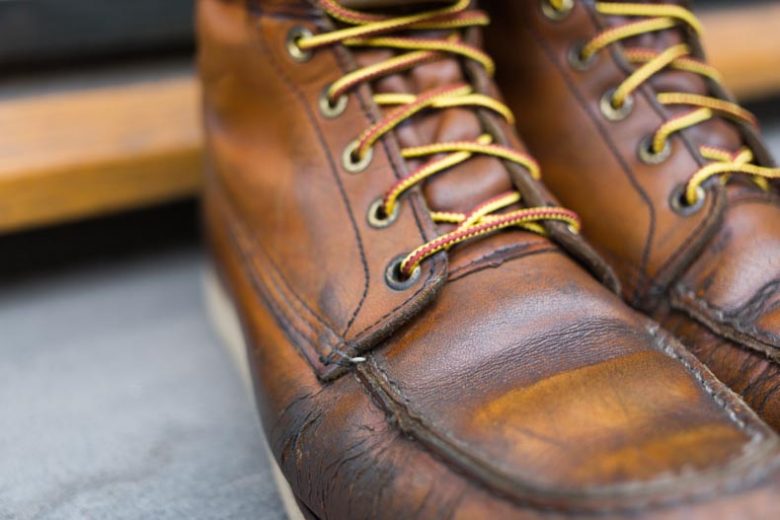 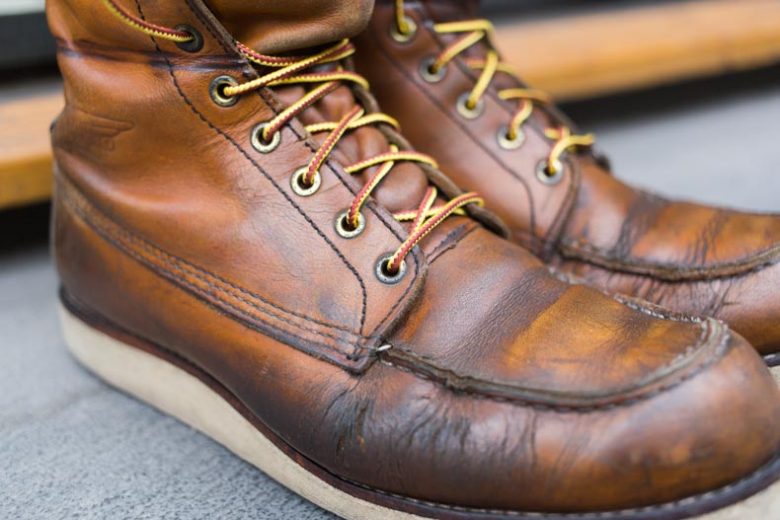 As well as my boots, there was a steady stream of customers coming with their boots. The difference a quick clean make is startling! 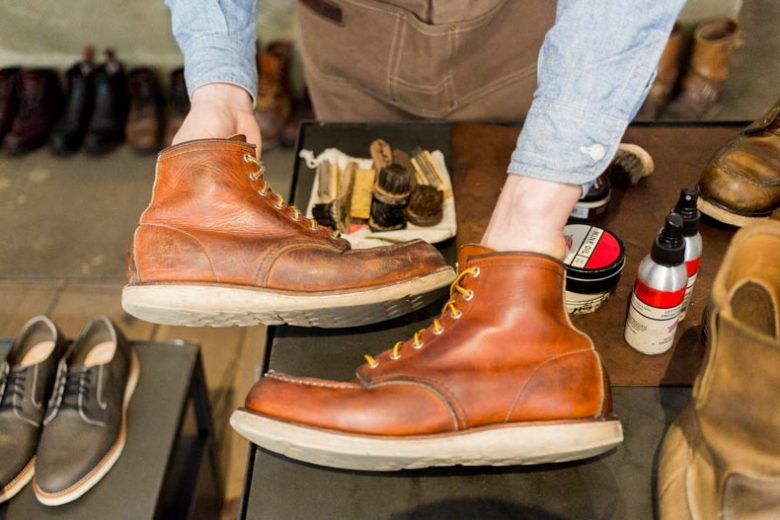 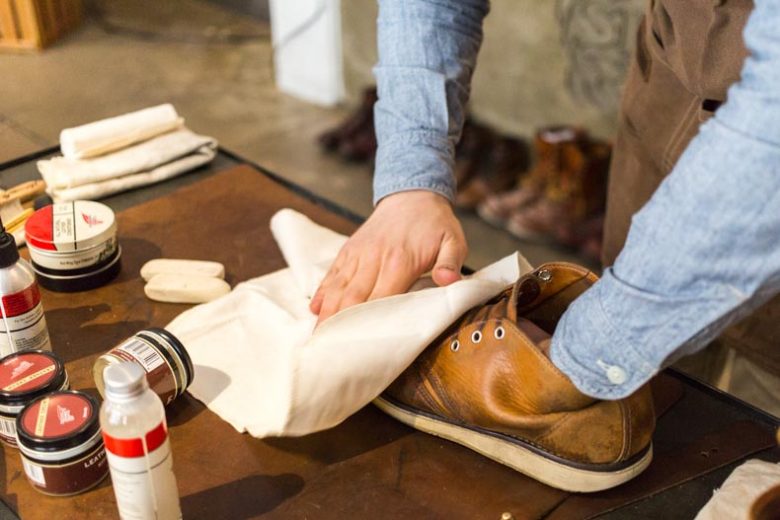 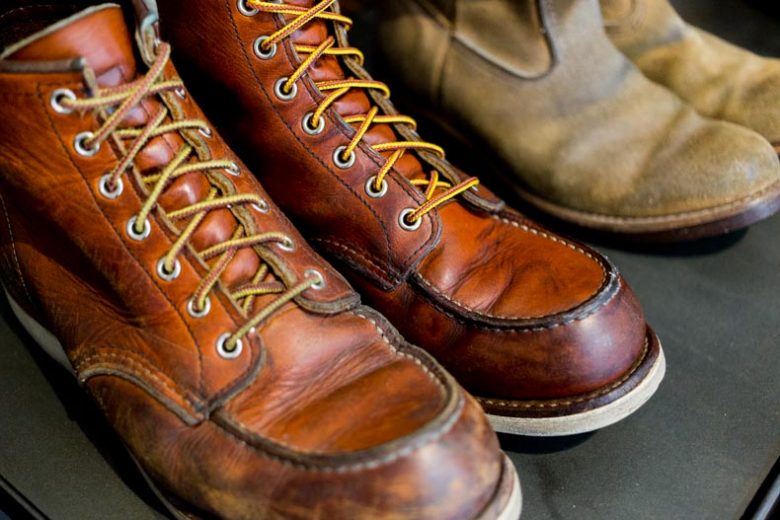 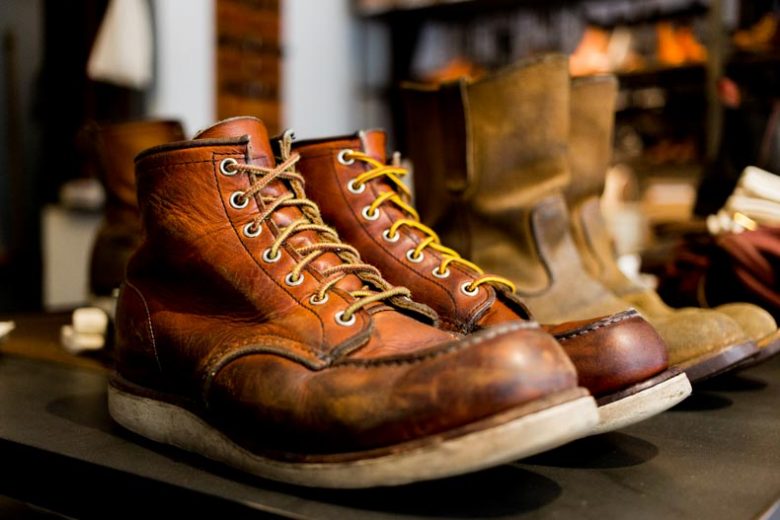 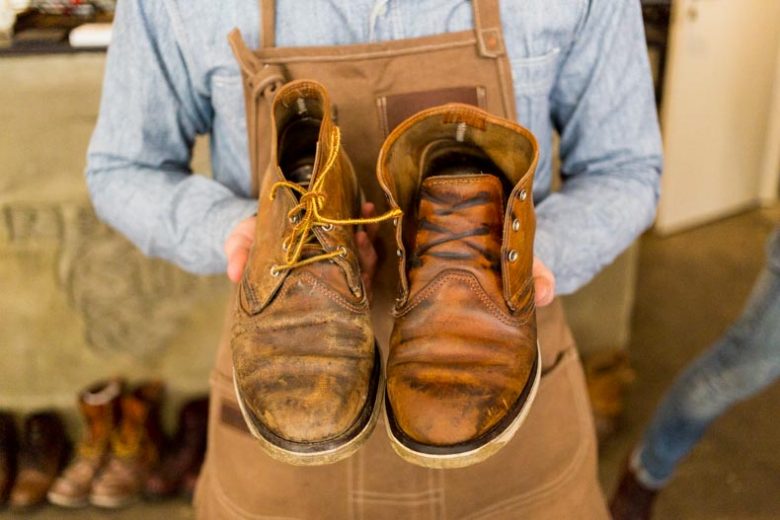 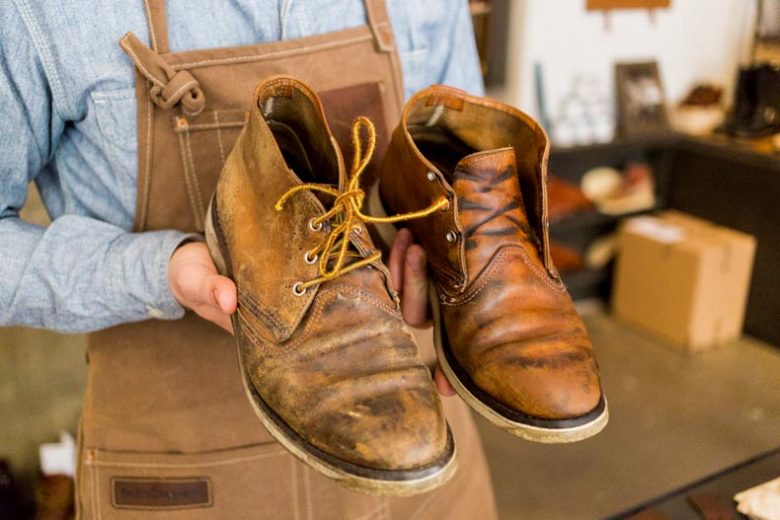 To Dye For: Nico and His Mysterious Type IIIApparel

BDD New Release: Something for the Summer Sir?Apparel