On my way to a meeting in the late afternoon of the first day of this year’s Distortion festival in Copenhagen I met Karl who was wearing a pair of Lee 101Z jeans from the Gold Label collection. It’s been a while since I last approached a complete stranger on the street to take his photo, which still can be a bit overwhelming, but fortunately he already knew about Rope Dye and what we do. Being the manager of the denim department in Urban Outfitters Karl also knows a thing or two about denim. Actually he told me about a bit of worn in denim they keep in the shop that I might drop by to have a look at soon. Until then enjoy the fruit of his efforts and patience. 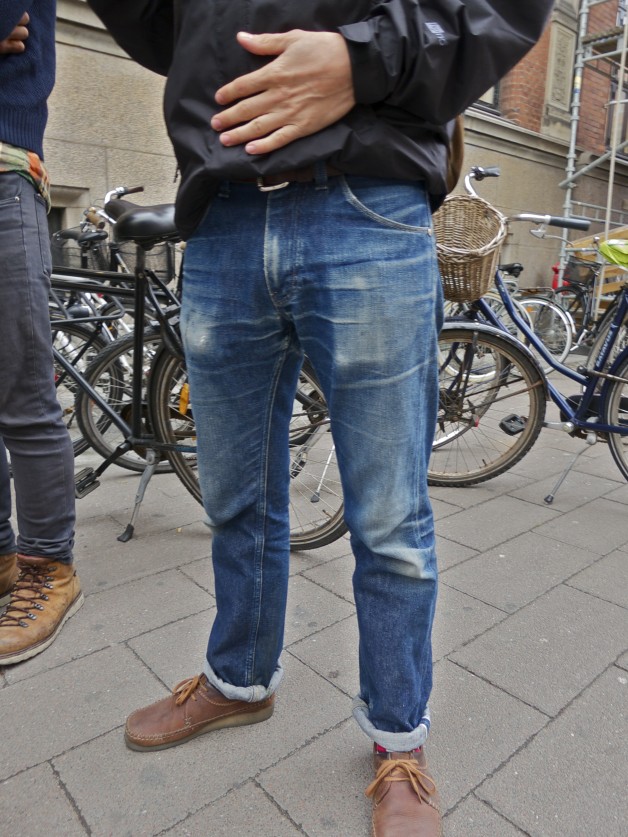 The jeans have been worn effectively for about 1 year, but it’s been 4 years since he bought them. 4 is also (approximately) the number of times they’ve been washed. 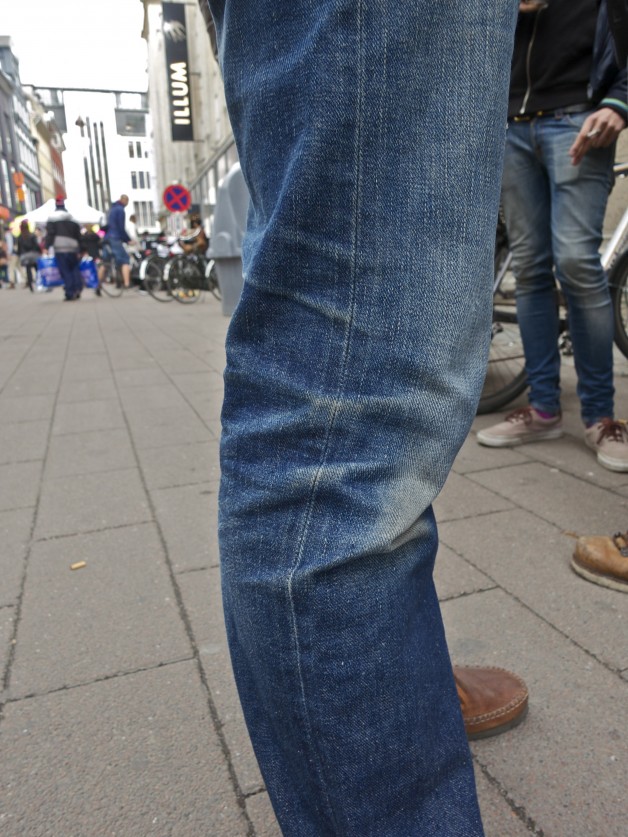 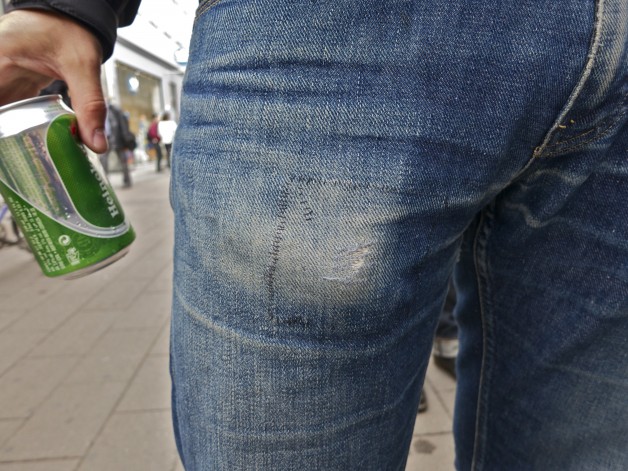 Karl did this repair himself. 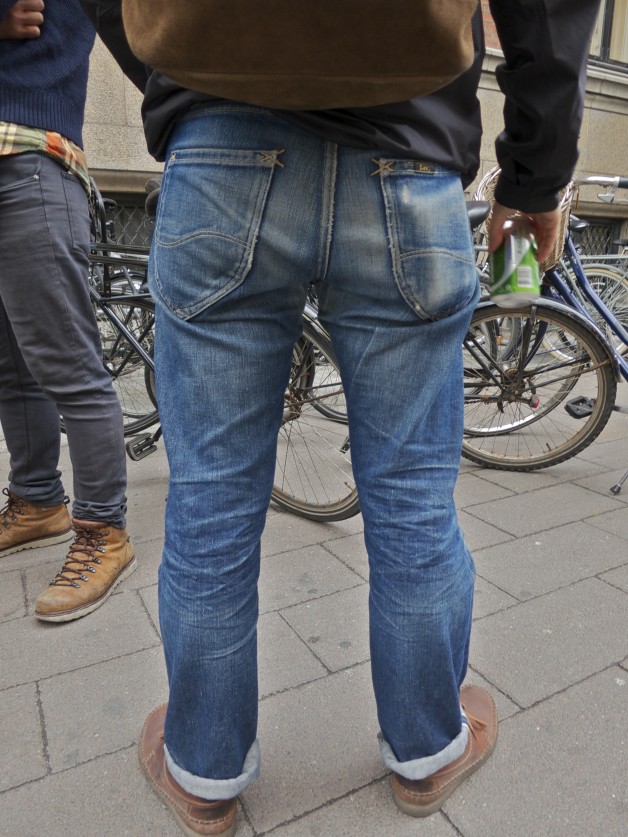 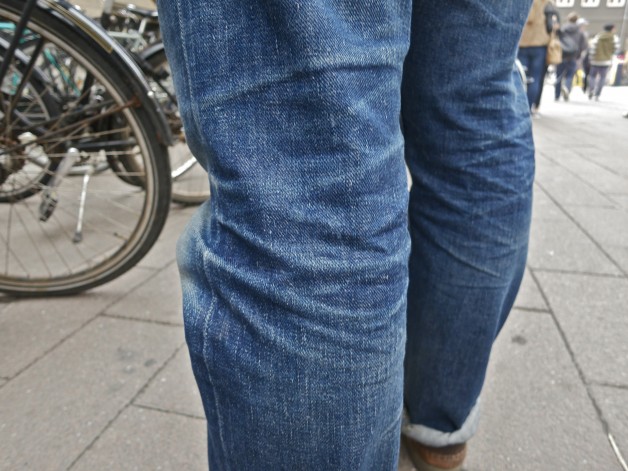 The Connoisseur and the 1966 501XXApparel