Holding History: Check Out The Granddaddy of our Beloved 875 Moc Toe

With the 9895 Moc Toe release, a little bit of history comes to European shores

Hot on the heels (pun totally intended) of the release of the Lineman 2995 in Black Retan Leather, Red Wing Shoe stores across Europe have something else lined up for the avid Red Wing fan, the 9875 Moc Toe in the Golden Sequoia leather.

This boot is truly something for the collectors and aficionados of Red Wing history. The 9895 Moc Toe is as close to the original 1953 hunting boot as you are likely to get outside of a lucky eBay find or a garage sale.

What’s in a Name? 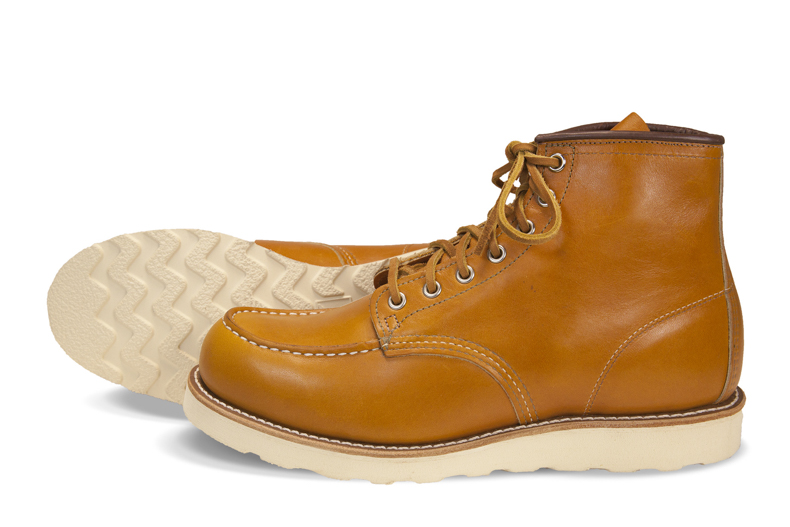 One glance at the distinctive Golden Sequoia upper, you can see why the boot earned the nickname “Irish Setter”, but it owes its true name to the deep tones found in the bark of the Sequoia Redwood Tree. This is carried over to the heavy leather laces which give the boot a distinctive homogeneity, setting it apart from its cousin, the 875 which comes with the nylon yellow/brown as standard. 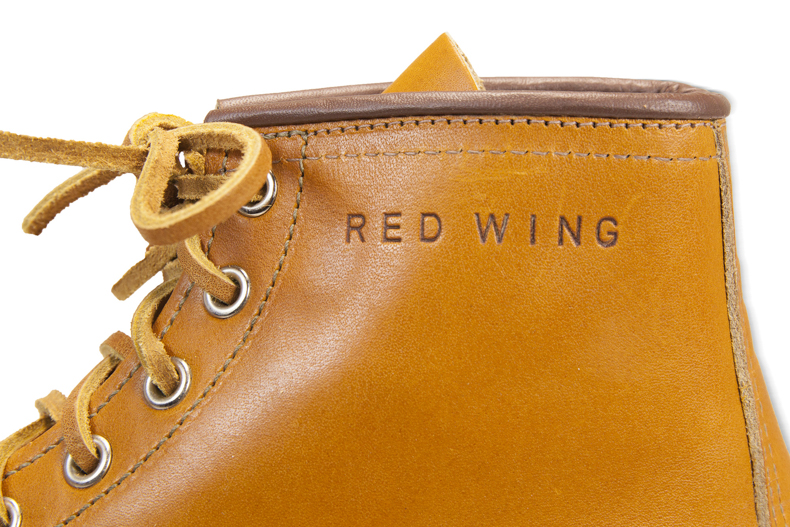 As much as the family heritage is obvious, the beauty lies in the subtle details. The upper shaft of the boot carries the traditional imprint used in the 1950s. Another subtle difference is the use of a quarter stitch.

Much like rivets or bar tacks on our beloved jeans, the quarter stitch is used to reinforce the most common points of stress throughout the boot. The use of the quarter stitch was stopped in the 1980s due to the fact it was no longer needed with the advent of a stronger thread.

To bring this nod to historical accuracy back to life, Red Wing had to bring a retired employee back to action, maintaining and repairing the machine used for the quarter stitching. 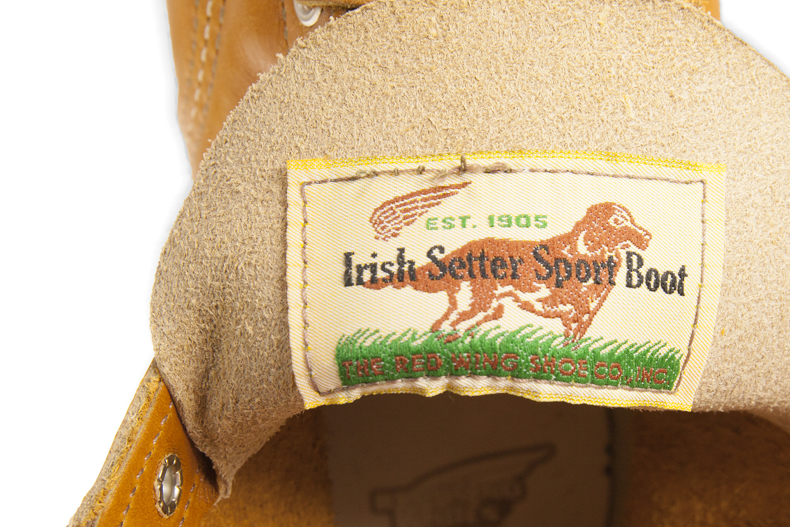 And the differences are more than skin deep. On the inside of the gusset tongue, you will find the woven Irish Setter label with the original dog design. Over the years, the labels were changed to printed ones and the designs evolved over the years. 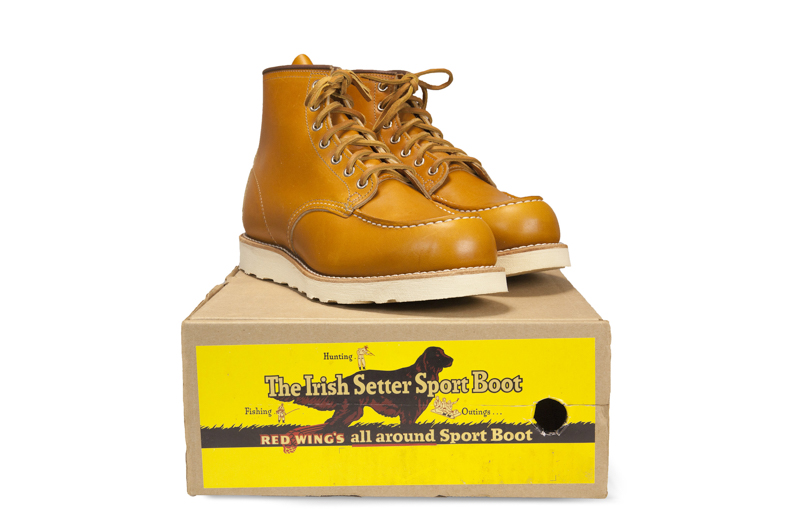 Naturally, for a special boot, we need a special box. And Red Wing doesn’t disappoint. They put as much love and attention into the recreation of the box as they do of the boot with a traditional card shoebox with a print of the Irish Setter design on the side.

The 9875 Moc Toe is certainly something that will fascinate Red Wing owners; it is a chance to hold the granddaddy of one of Red Wing Shoes most iconic boots. Previously this boot was only available to the Japanese market and we here at Rope Dye are excited to see so many Japanese Red Wing styles make their way West.

Head along to a Red Wing Shoe store to get your hands on a pair. As always, your local store will more than likely have an excellent mail order service if the hike is a little far. To get the perfect fit, check out our three part guide on getting a pair of Red Wing Shoes.

A vital piece of history has been stolen from the Levi’s Archives!Apparel

To Dye For: Menno’s Pablo jeans, after 24 months’ hard graftApparel