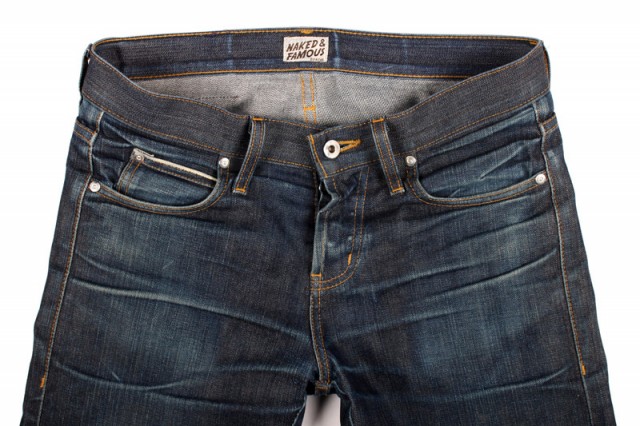 Back in the day, I used to rock OshKosh B’Gosh overalls. Sadly, life happened. And so it was that I quickly outgrew my favorite pair right as I was defining my signature style (that is a pair of velcro Thomas the Tank Engine shoes and a cowboy hat). I didn’t know it at the time, but it wouldn’t be for another two decades that I would rediscover that insatiable love for denim.

I bought my first pair of selvedge jeans on 4th Street in Berkeley at a small sustainable boutique called Convert. Originally, I was going to wait until I landed in Japan to take the plunge (after all, it’s Japan!), but was sold on a pair by Naked & Famous a few days before departing. 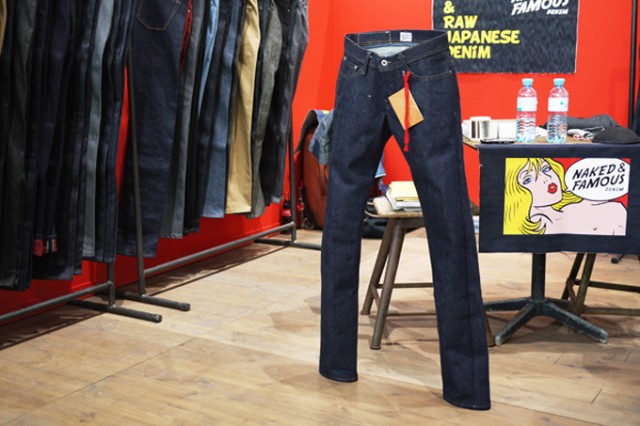 Thickest denim in the world weighing in at 32 oz. These jeans can stand on their own.

At that point, I had done the research and had narrowed down my various options. Admittedly, Naked & Famous wasn’t one of them. To be frank, I hadn’t even heard of them. Yet there was something about the fit that appealed to me. In comparison to their more imposing brethren, the pair I picked up seemed light and effortless – like a second skin you forgot was there. “I’ll take them.”

In hindsight, they were the perfect introduction to the world that is selvedge denim. It was simple and beautiful. I donned my new jeans and went on my way. It is only now, almost three years later, that I decided to check back to see what Naked & Famous is up to. 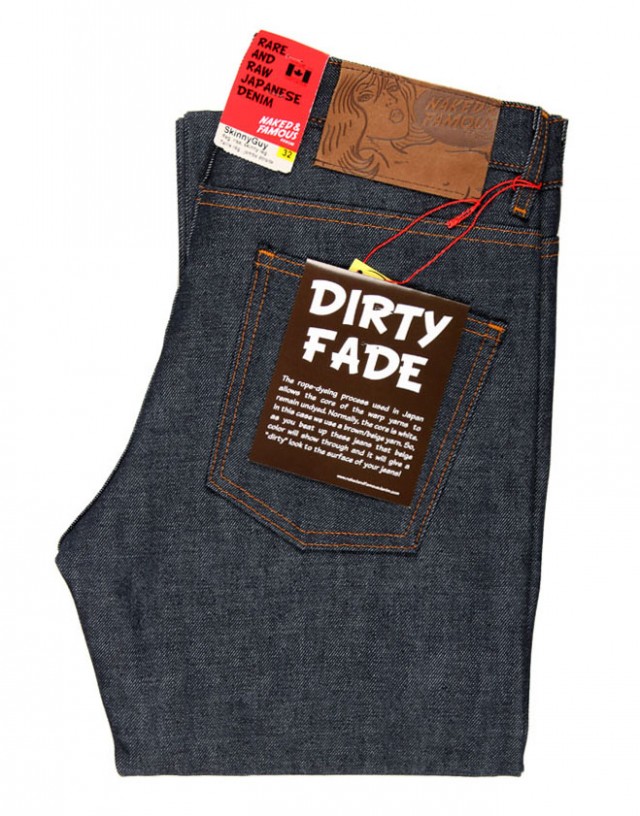 “Dirty Fade” relies on a brown weft thread underneath the indigo, which makes the jeans appear dirty as they fade.

It turns out, that a lot has changed since I went abroad. Damning the standard M.O., the label has ceaselessly challenged and redefined what we think of as high quality denim. Drawing inspiration from a “why-the-hell-not” approach, Naked & Famous has developed some of the most unique fabrics and fits around.

Taking cues from his inner eight-year old, founder and head designer Brandon Svarc relies heavily on his childhood memories and imagination. As such, the label proudly produces a variety of decidedly unique jeans, from throwing back to thermochromic fabrics that change color with heat (a la 80’s/90’s) to a pair that glows in the dark. Though arguably gimmicky, they produce jeans that are bullet proof, scratch-n-sniff, and an array of other oddballs. Of course they do the ‘standard’ stuff too, my favorite of which being a pair made from the thickest denim on the planet (32 oz. – thick enough that the jeans can stand up on their own). After all, why not push the limits? 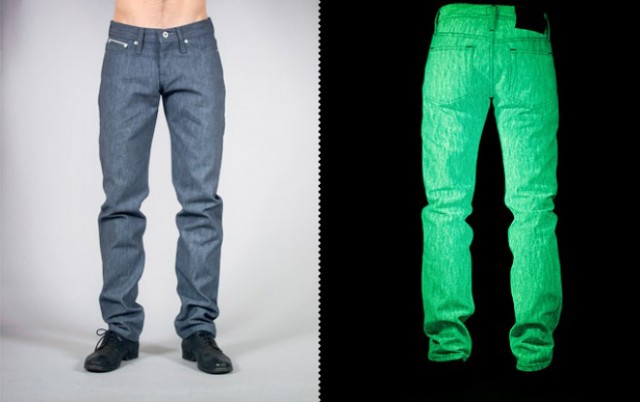 Be sure to take a look at their current collection, which also includes shirts and handmade leather accessories. You almost have to see it to believe it! In the meantime, check out a great video above, which offers a behind the scenes look at the label’s creative process.

Given the opportunity, what kind of jeans would you design? Personally, I want to see a pair specifically tailored to skateboarding with reinforced crotches and knees.

This article is a republication from Jake’s website, Procured Design.

Jake Eshelman
Jake Eshelman is a Houston-based writer who focuses on investigating, appreciating, and promoting contemporary arts and craftsmanship. While his interests span from fashion to papermaking, he is particularly passionate about the creative process and the heritage behind the traditions themselves – hence the allure of denim. As such, Jake began his denim education while living in Tokyo and continues to learn about the industry now that he is back home in Texas. He also owns and operates his own online editorial, Procured Design, where he catalogues the most recent developments in the global creative community.
More Good Reads
© 2010 - 2023. All Right Reserved. Rope Dye Media OÜ | Address: Sepapaja 6, Tallinn 15551, Estonia | Registry code: 14425938 VAT number: EE10205018 | Privacy 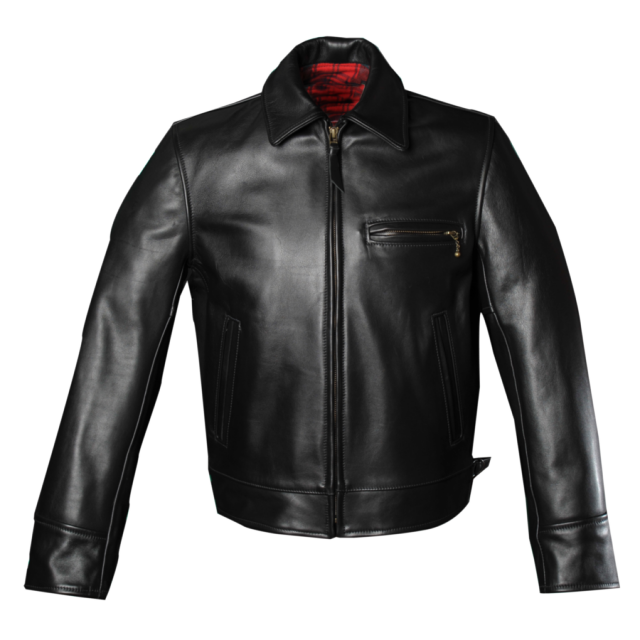