Time flies when you’re having fun. It has now been 5 years since Menno van Meurs and Rene Strolenberg introduced the world to Tenue de Nîmes. In those 5 years a lot has happened.

Naturally, a 5-year anniversary requires proper celebration – and for the denim business it seems special collaborations has become somewhat a requirement too. Burg&Schild did the 2007 boot with Red Wing and VMC did a 25 oz. jean with Iron Heart just to name a few.

In celebration of their anniversary, the Amsterdammers threw a party at their latest Haarlemmerstraat-store. They dedicated their a Journal de Nîmes, number 9 of its kind, to the past five years. And last but not least they presented a very special collaboration Red Wing boot. 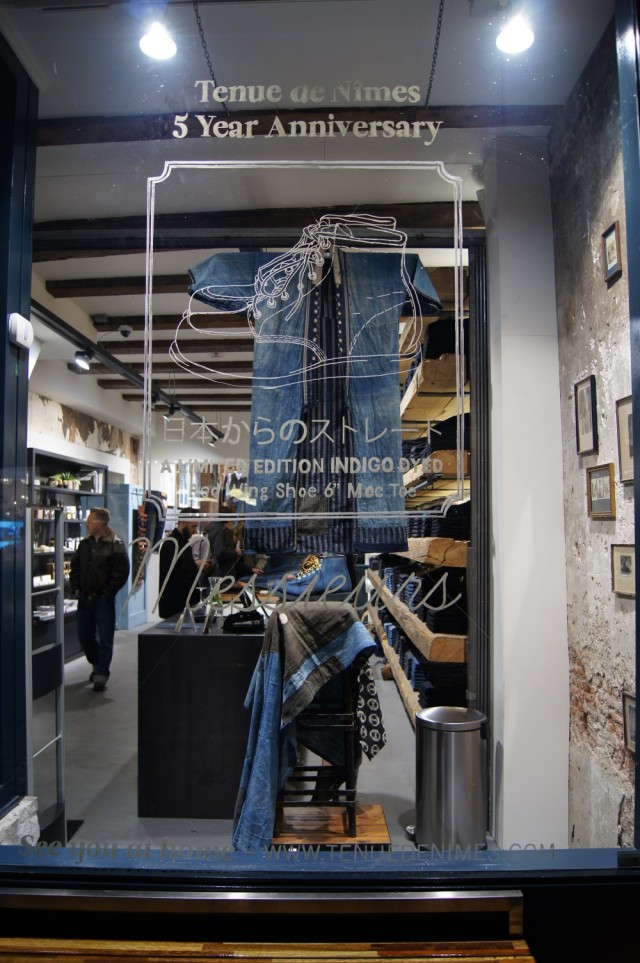 Our favourite colour both on the outside and on the inside.

What probably caused the most commotion was a pair of blue boots: A limited edition roughout 6″ Red Wing moc toe boots that have been hand-dyed in natural indigo by Japan’s Rampuya factory, part of the Japan Blue Group. Only fifty pairs have been made.

With strong ties to Red Wing Heritage, it seems a natural step for TdN to take it to the next level after their indigo-dyed All Stars from earlier this year. We love it! 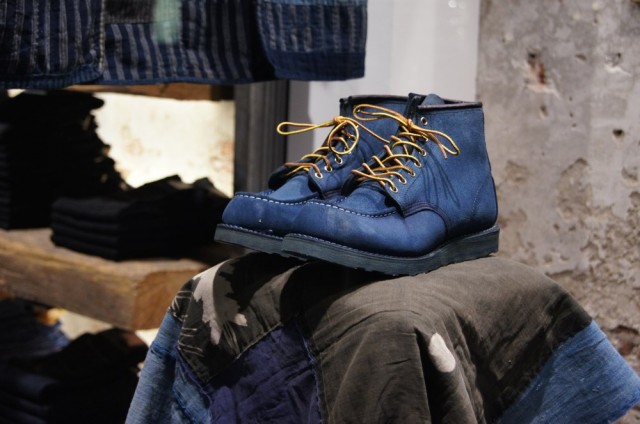 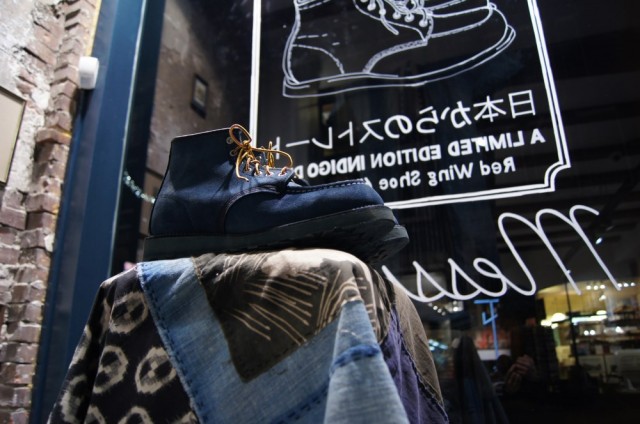 You’ll find interviews with Christophe Loiron of Mister Freedom and Yuki Matsuda from Yuketen. A (re-)introduction of the 70s Chuck Taylor All Stars. A ‘mesdame’ photo shoot from Los Angeles. A teaser for the future of Tenue de Nîmes jeans. And much more.

For the first time, the entire journal is in full colour, which just looks great – and you get the feeling that you’re actually holding a proper magazine, which indeed you are. And with the TdN’s high standards every word is worth the read. 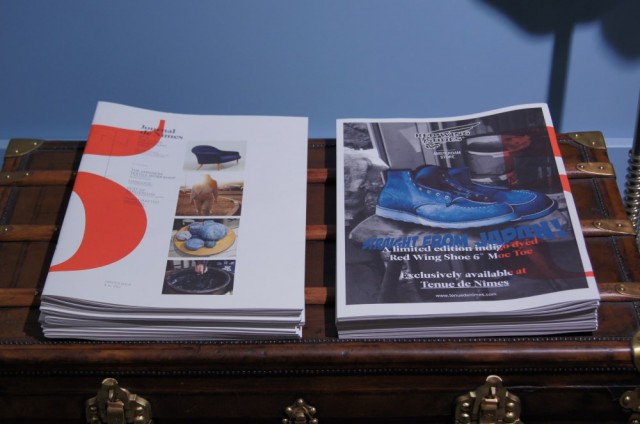 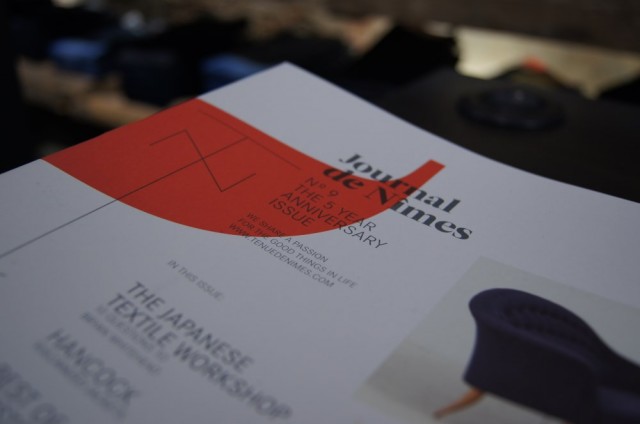 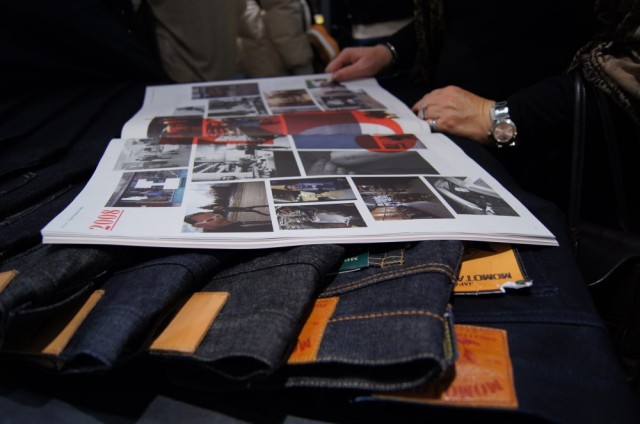 And who would throw a 5-year anniversary party without a birthday cake? Not Tenue de Nîmes. Completely in style; indigo blue.

The anniversary issue of Journal de Nîmes is available in-stores in Amsterdam. If you can’t drop by to pick up a physical copy, no worries. Menno and Rene naturally made sure it’s available online as well. Read it here.

Michael van Hal
Michael was born and raised in the southern region of the Netherlands. Back in 2004, chance led him into the retail side of the denim business and since then he has been hooked on indigo. Michael is a keen photographer with no less than two educations relating to photography under his belt and he hopes to make himself a career in this business. Along with his collection of denim books and magazines he also has stacks of sneakers and leather shoes at home. Michael’s favourite brand is Levi's Vintage Clothing and he has a hard time deciding between Tellason’s Ladbroke Grove and the 1954 501ZXX as to his favourite fit, yet it’s his Naked & Famous x Tenue de Nîmes and Left Vs. Right Evisu jeans that he’s most proud of.
More Good Reads
© 2010 - 2022. All Right Reserved. Rope Dye Media OÜ | Address: Sepapaja 6, Tallinn 15551, Estonia | Registry code: 14425938 VAT number: EE10205018 | Privacy

Win a Pair of Jeans From Meadow: Upload Your Faded Denim to TumblrApparel, Shop