Jeans Just As They Should Be – Brown-Duck & Digger

Brown-Duck & Digger (BD&D) – the new sub label by Warehouse & Co specialising in authentic workwear jeans from 1900 to the 1960s – debuted at Bread and Butter in Berlin in January 2014.

The lineup consists of four fits: the 12.5 oz. Rough Rider Trousers, the 12.5 oz. Big Bill, the 14 oz. Golden Straight and the 14 oz. Ivy. The fits get gradually more modern (read slimmer and lower) as you go.

For me the standout pair in the range are the Rough Riders. 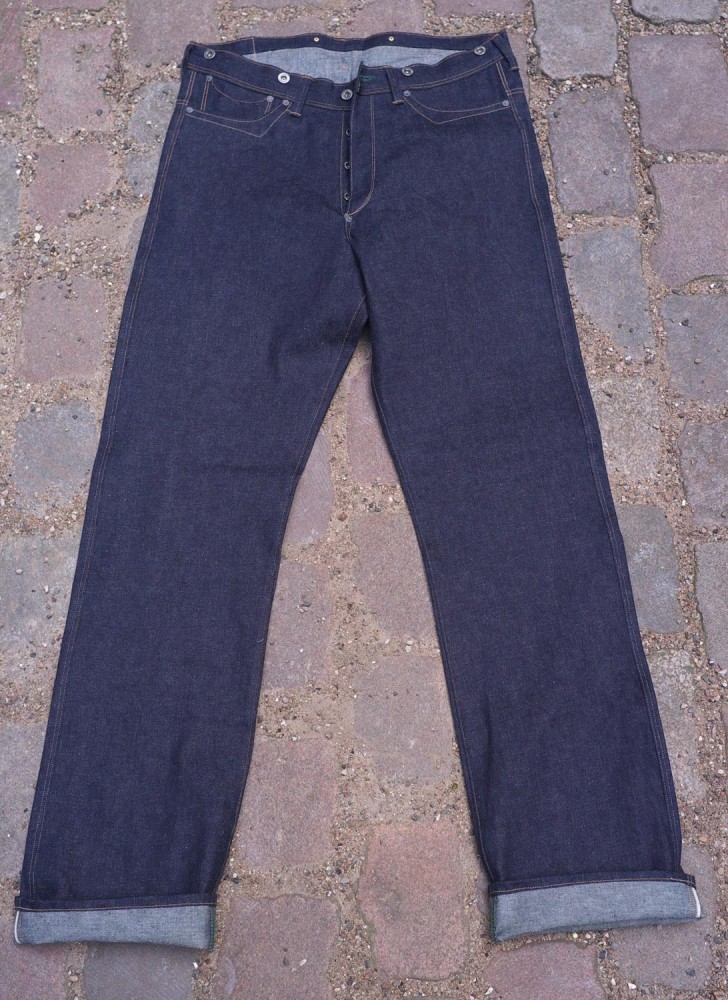 The jeans, named after President Teddy Roosevelt’s cavalry unit from the Spanish American War of 1898, are entirely accurate for the period – with an über high waist, deep yoke, wide leg, brace buttons, cinch and a single back pocket. There are also belt loops – just in case you really need your jeans to stay up.

Befitting their rugged name, these jeans have been robustly constructed. The outer seam is felled; essentially the two seams are interlocked and top stitched, giving a much stronger result – a technique that would have been widely used on denim and other workwear of the era. 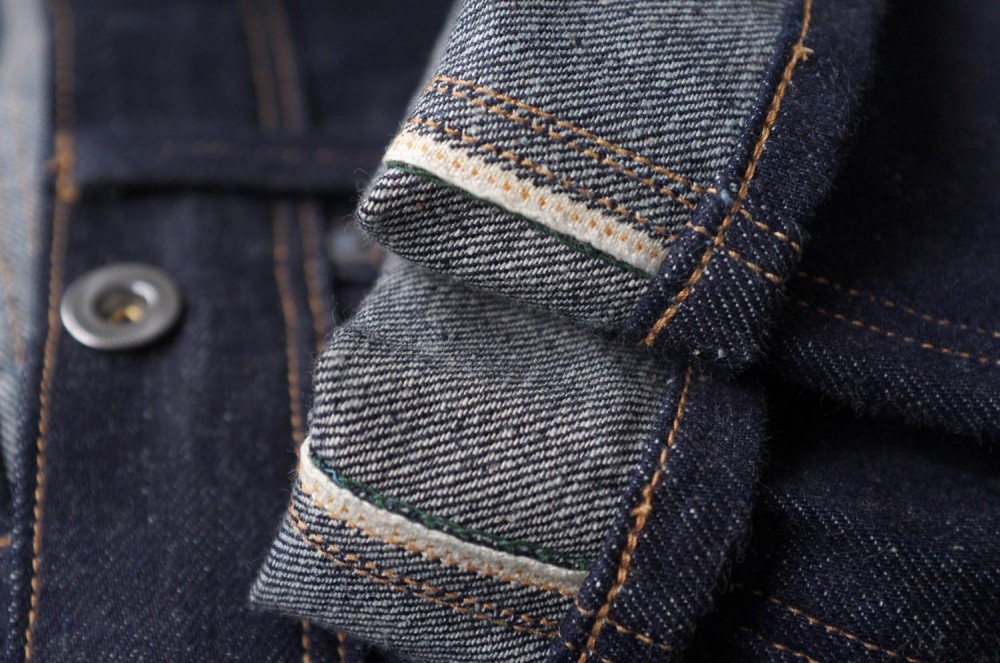 Another detail that stood out is the single piece selvedge edge fly – also known and the continuous fly. Sturdier than just having a crotch rivet, it’s a feature that BD&D have replicated throughout the entire range. 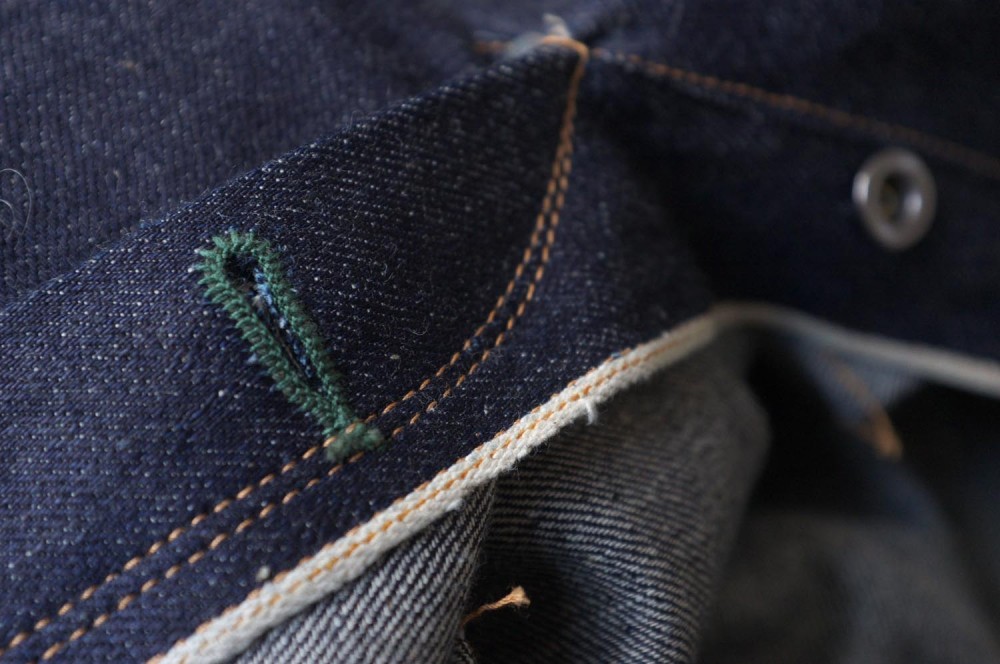 A core part of the brand’s identity, the indigo leaf, runs throughout the design of the line-up. It carries through from the painted and stitched arcuate, the green button hole stitching to the deliberately aged copper rivets that show a slight green oxidation.

Green thread has been used to bartack the belt loops and pockets on the contemporary models. The painted arcuate is unusual touch, but it will be interesting to see how it ages. 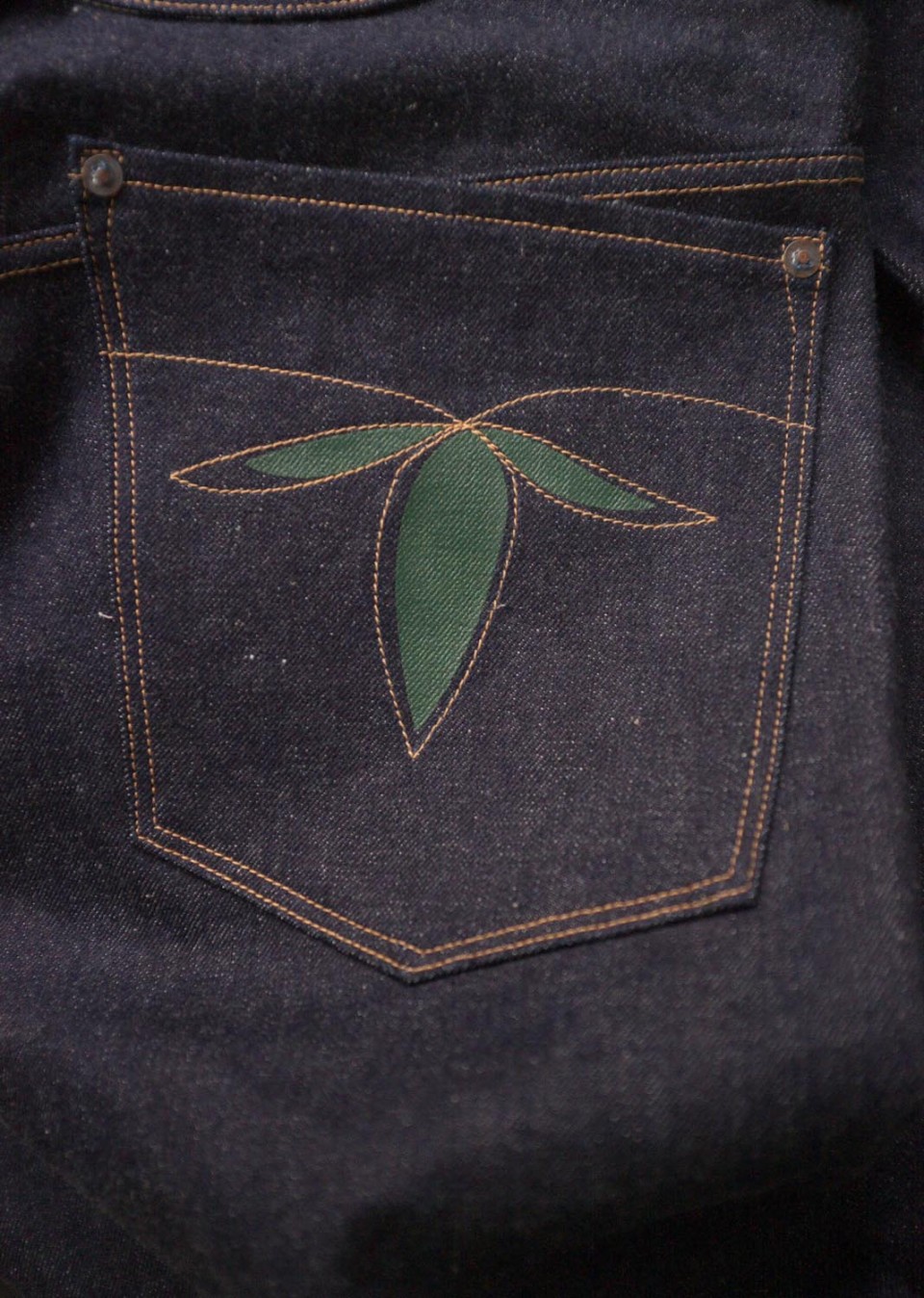 The Denim In Hand

The fabric is beautiful. The Rough Riders and Big Bills are made from a 12.5 oz. 3×1 twill – denim of the time was usually 2×1. When I spoke to Keita Senzaki at BD&D he told me he preferred to adopt 3×1 twill for these two models “to stress the thickness and stiffness of the fabric.”

The 12.5 oz. fabric is quite slubby, giving the denim a wonderful texture. Again this would have been a feature of turn-of-the-century denim – something that BD&D have reproduced by tweaking the tension on their vintage looms. 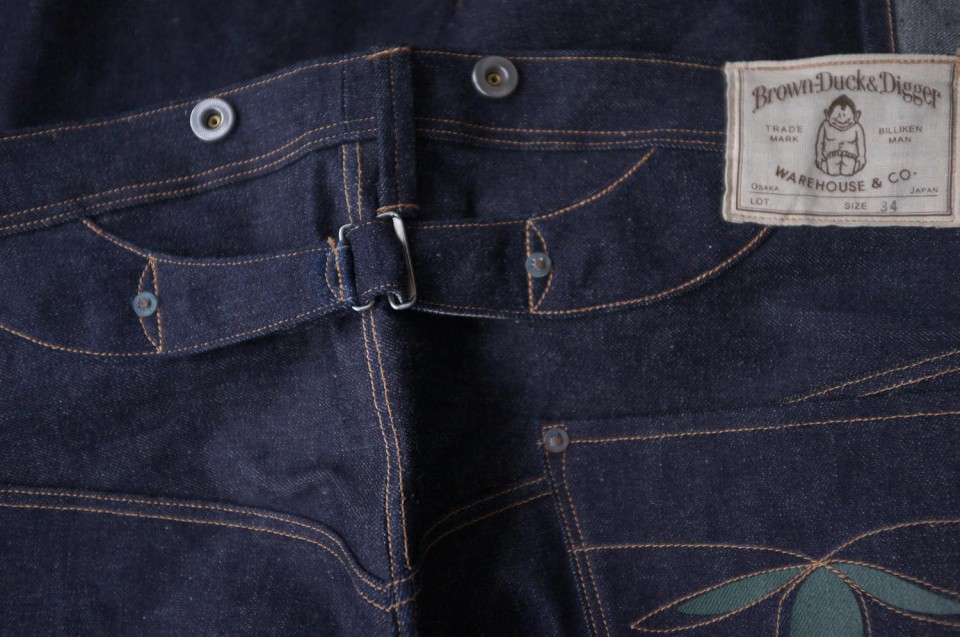 Even the front pocket bags are denim. The back of the cinch has also been lined with blue and white hounds tooth cotton. BD&D have used an unbleached cotton patch, maintaining the eco friendly feel of the natural indigo leaf.

BD&D use Billiken as their brand icon – a good luck charm that was hugely popular in both America and Japan in the early 20th century, but who has been largely forgotten.

Billiken hit the shores of Japan in 1908 in the form of a huge statue on the top floor of the Tsutenkaku Tower, though the most famous Japanese representation was a statue in Luna Park.

As Keita says, “we think Biliken and BD&D have something mutual in common – American culture, forgotten history.” 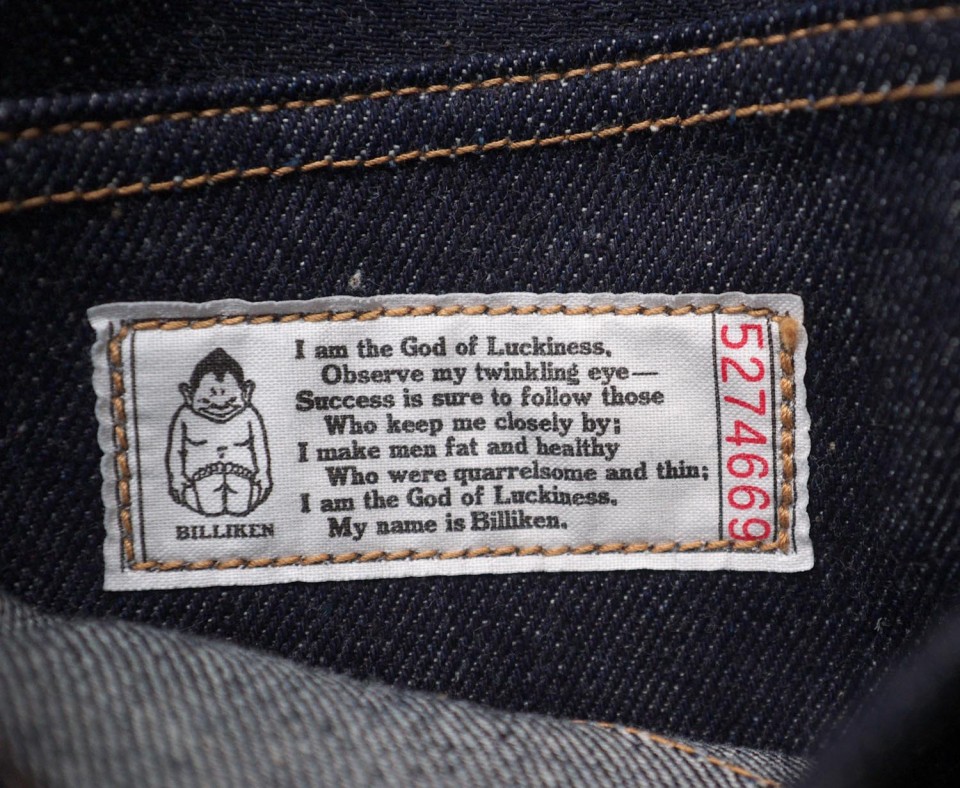 As you’d expect from a leading Japanese brand like Warehouse & Co painstaking research has gone into the BD&D range and it has clearly been crafted with uncompromising attention to period detail. What more can you ask for in a pair of jeans?

Traditionally Japanese brands have been harder to get hold of, however Warehouse & Co intend to distribute BD&D globally. With more of the range waiting in the wings to be released soon, these are exciting times for fans of Japanese denim.

A Brand Brought Back to Life: Stevenson Overalls Co.Apparel