When talking about Goodyear welted American work boots, one Minnesotan company usually springs to mind. But, they are far from the only Midwestern boot maker worth mentioning – they are not even the oldest nor the only company founded by a German. On the top of that list, we have Thorogood. In particular, their 1892 collection gets our hearts beating – find out why.

Background of the 1892 Collection

The Thorogood brand traces its roots back to 1892, when Albert H. Weinbrenner and Joseph Pfeifer began selling and repairing shoes to the jobbing trade from a small storefront at 140 West Water Street in Milwaukee, Wisconsin.

In 1900, the two cobblers went into manufacturing when they purchased the Knoll Shoe Company for $1,500 and renamed it “Albert H. Weinbrenner Company.” Only five years later, Weinbrenner boots were sold nationwide. The most important development came in 1917 with their “job-fitted” boots made specifically for various trades followed by the introduction of the Thorogood brand in 1918.

To this day, Weinbrenner uphold their position as a leading manufacturer of safety and job-fitted “Made in USA” Goodyear welted work boots. The top-of-the-range 1892 collection, also referred to as the Wisconsin collection, honours the company’s heritage. Each style is named after Wisconsin cities founded in the 1800s and all boots are “Union Made” at Weinbrenner’s Marshfield factory in Wisconsin from exclusively American raw materials. 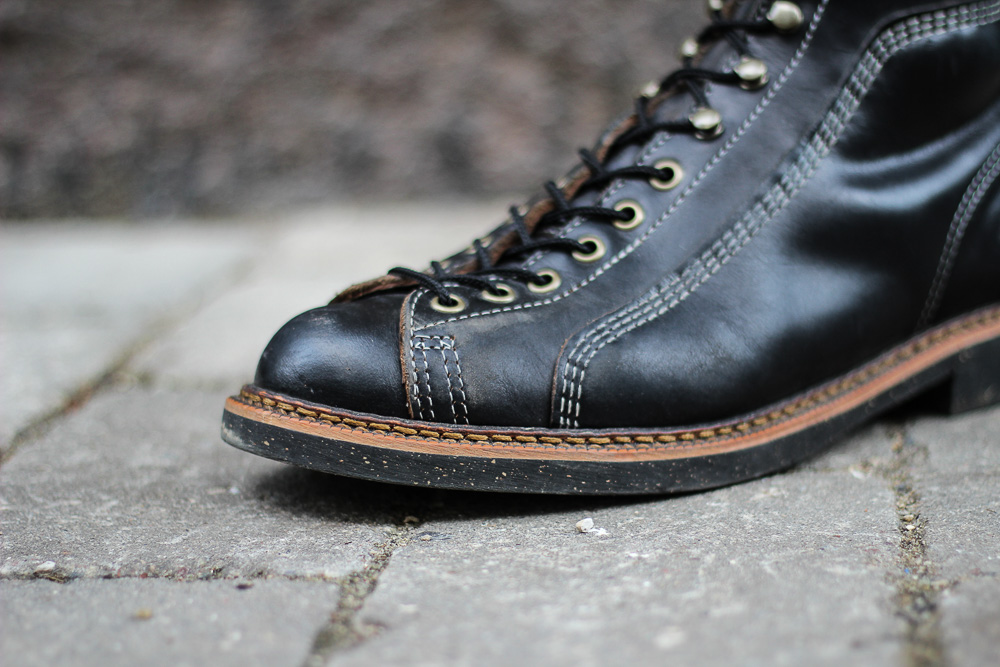 The characteristic lace-to-toe design, the Goodyear storm welted construction, and the Horween Chromexcel leather all in one boot.

Details of the 1892 Portage and Beloit Boots

Thorogood’s most recognisable boot, the rough out #633 roofer, was introduced in 1950. However, for the 1892 collection, Thorogood have turned to the original styling from the late 30s and early 40s.

The boots are 100% made in USA from American-made materials only. Both the Portage roofer style and the classic round-toe Beloit are crafted with Horween Chromexcel leather (CXL), which wears in beautifully. You can brush the leather with a soft horsehair brush to bring it back to its original lustre.

The boots are made with a Goodyear storm welt construction and come with a nitrile cork outsole, which Thorogood originally introduced in 1941 to protect workers from oil, sulphuric and lactic acids. 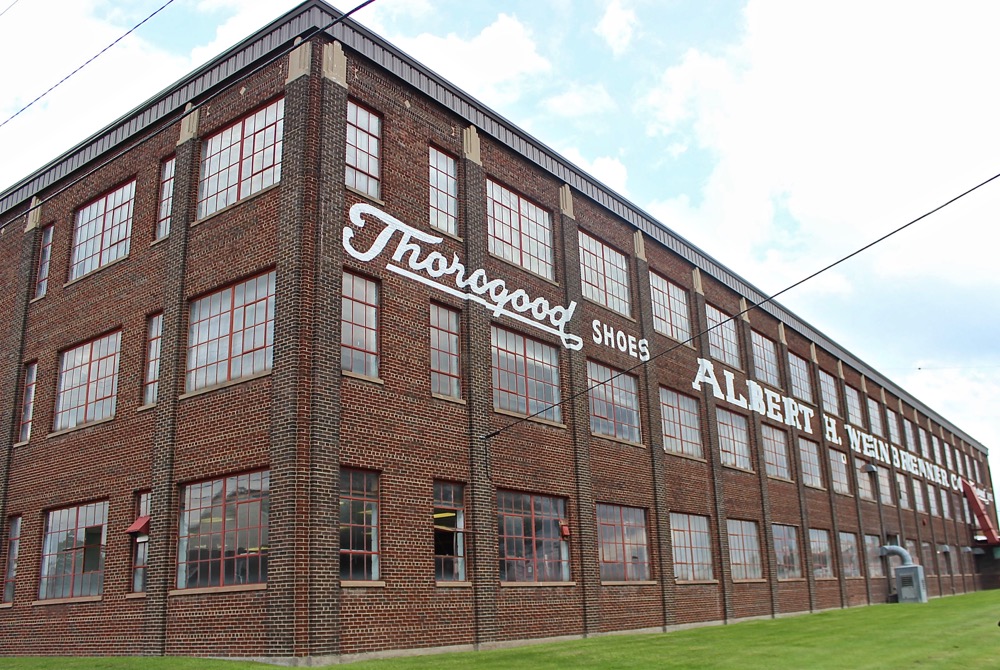 Like the aforementioned Minnesotan company with its 8-inch signature style, Thorogood is also known for one silhouette in particular; the roofer boot. The roofer boot design launched in 1937 and it is likely that it was one of the first boots to be made at the Marshfield factory, which was opened in 1936. 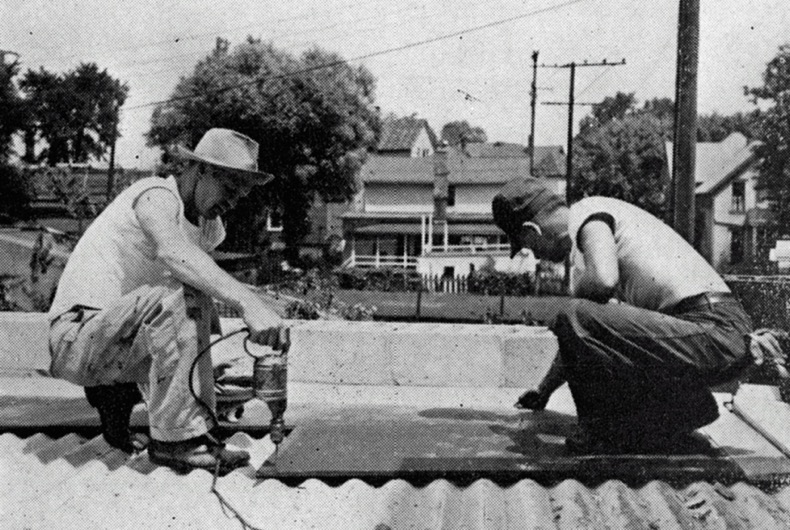 Roofers working – picture from the mid-1940s.

A unique feature of the design is the extra layer of leather on the sides of the boot added for strength and durability. Roof workers would squat on one knee, laying their backwards turning foot flat, which meant they’d eventually wear through the leather on regular boots. So, Thorogood added the extra layer. The lace-to-toe design was implemented to make the boot more flexible and prevent chafing where the fold in the leather sets in.

Get a Pair of Thorogoods Right Here!

You can get a pair of Thorogood Portage or Beloit boots from the Rope Dye online boutique, right here!

(This is an updated version of our original brand profile from 2012.)

Stay Safe Riding Your Bike Wearing Any Brand of JeansApparel