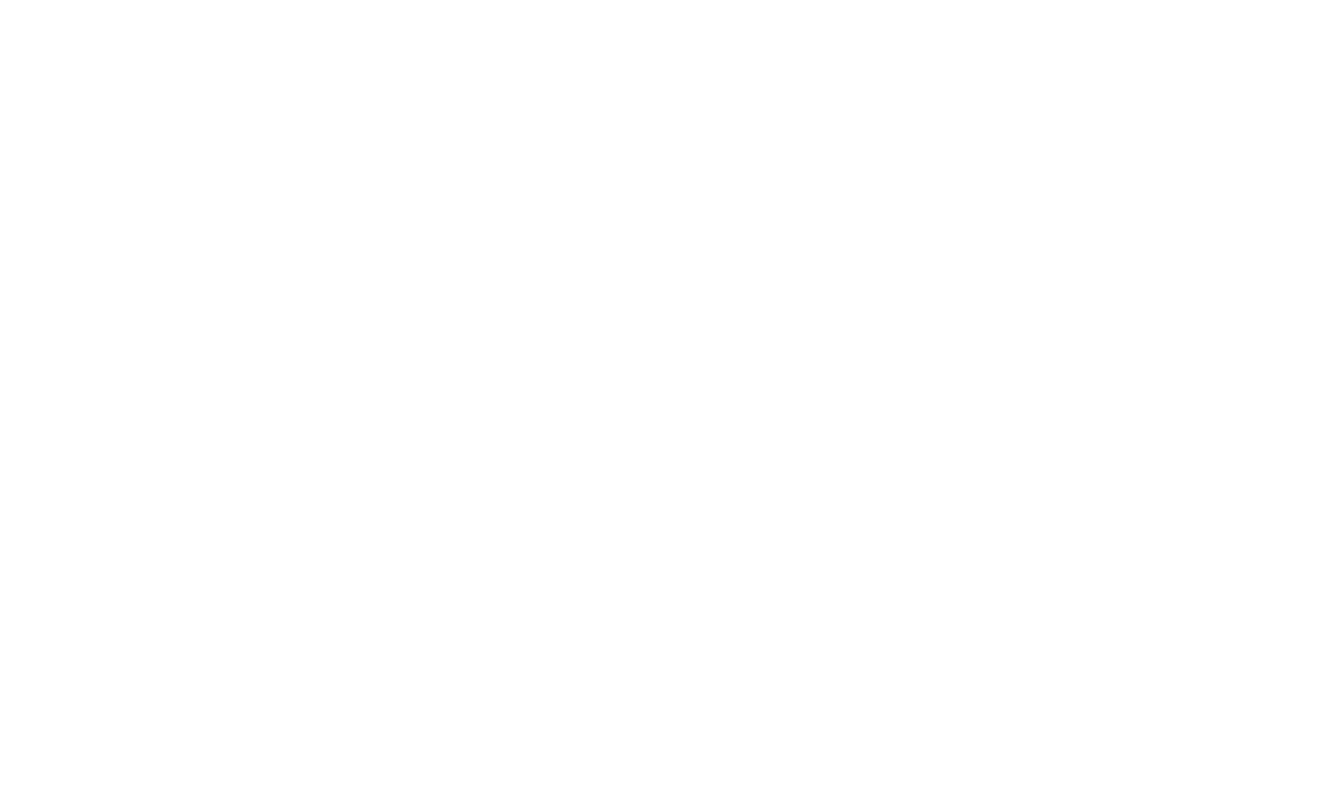 The Golden Handshake: Levi’s and Cone Mills Celebrate 100 Years Together

As you all know, or at least you should know, way back in the days of yore, Jacob Davis thought it would be smart to use a few rivets on some pants. Levi Strauss thought this was a wonderful notion and bankrolled him into production. The blue jean was born and Strauss and Davis made a whole heap of cash.

But what denim did they use? Although you might be tempted to think Cone, tread lightly. It wasn’t till 1915 that Levi’s got together with the celebrated North Carolina-based denim maker to form a partnership that would shape the world of denim. This year, they celebrate working together for 100 years with a very special LVC collection.

An Agreement That Would Change (Denim) History

Cone Mills has been around almost as long as Levi’s. It was founded in 1891 as the Cone Export & Commission Company in North Carolina by brothers Moses and Caesar Cone. 14 years later, in 1905, they built the White Oak Mill, named after a 200-year-old tree found on the grounds. Little did they know at the time, the name White Oak would become an icon, synonymous with quality denim in the 21st century.

In 1915, Levi’s approached Cone Mills to supply them with the denim needed to manufacture their jeans. Cone was granted the exclusive rights to produce the fabric for the famous Levi’s 501 jeans. This agreement became known as “The Golden Handshake.” It’s this (denim) historic event that the A/W 15 collection from Levi’s Vintage Clothing pays tribute to. 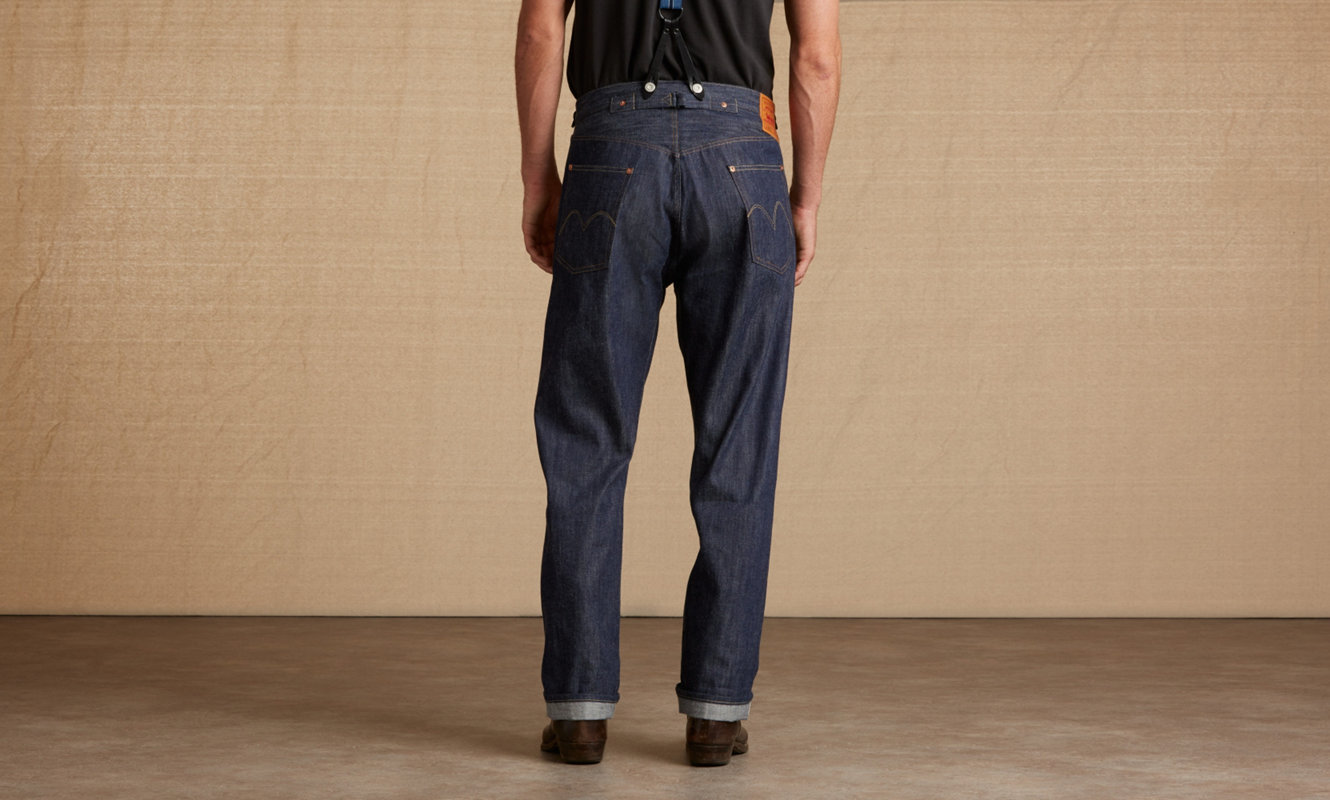 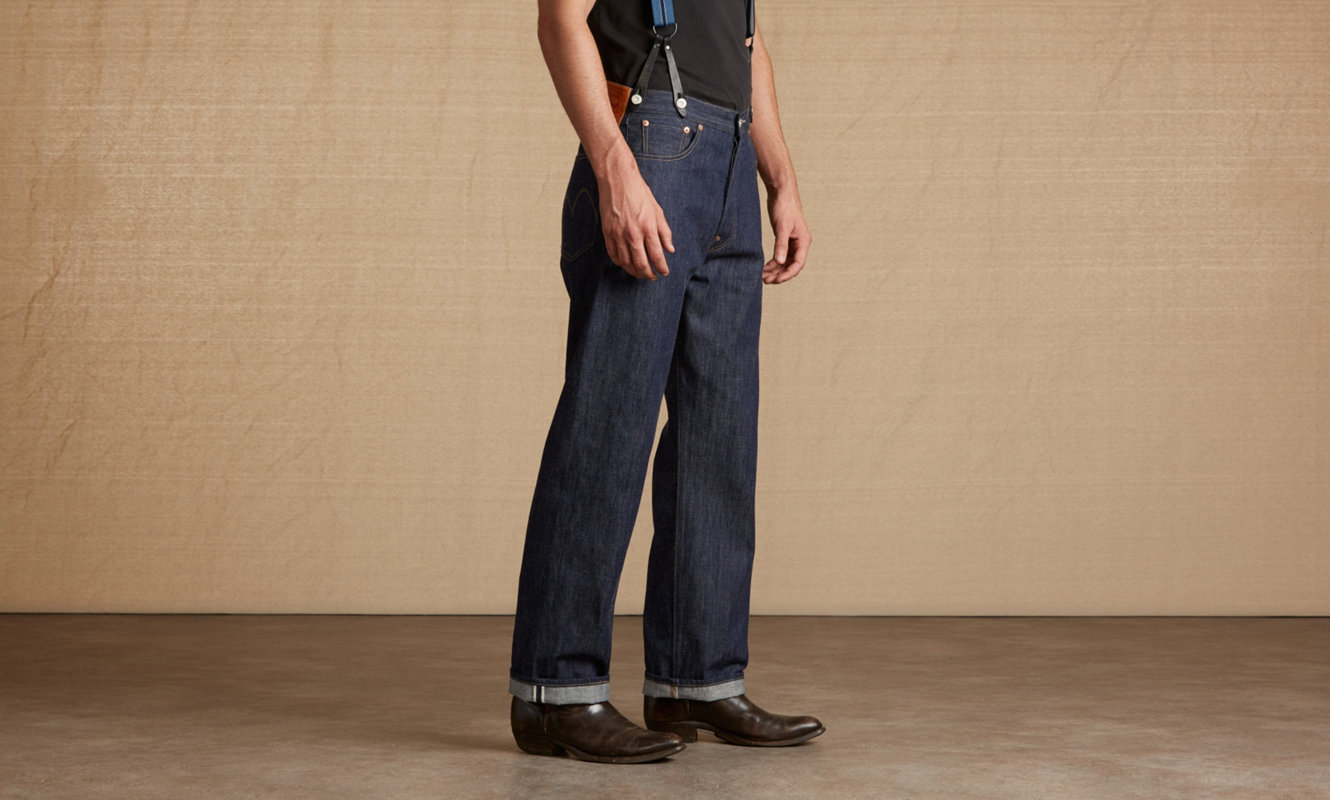 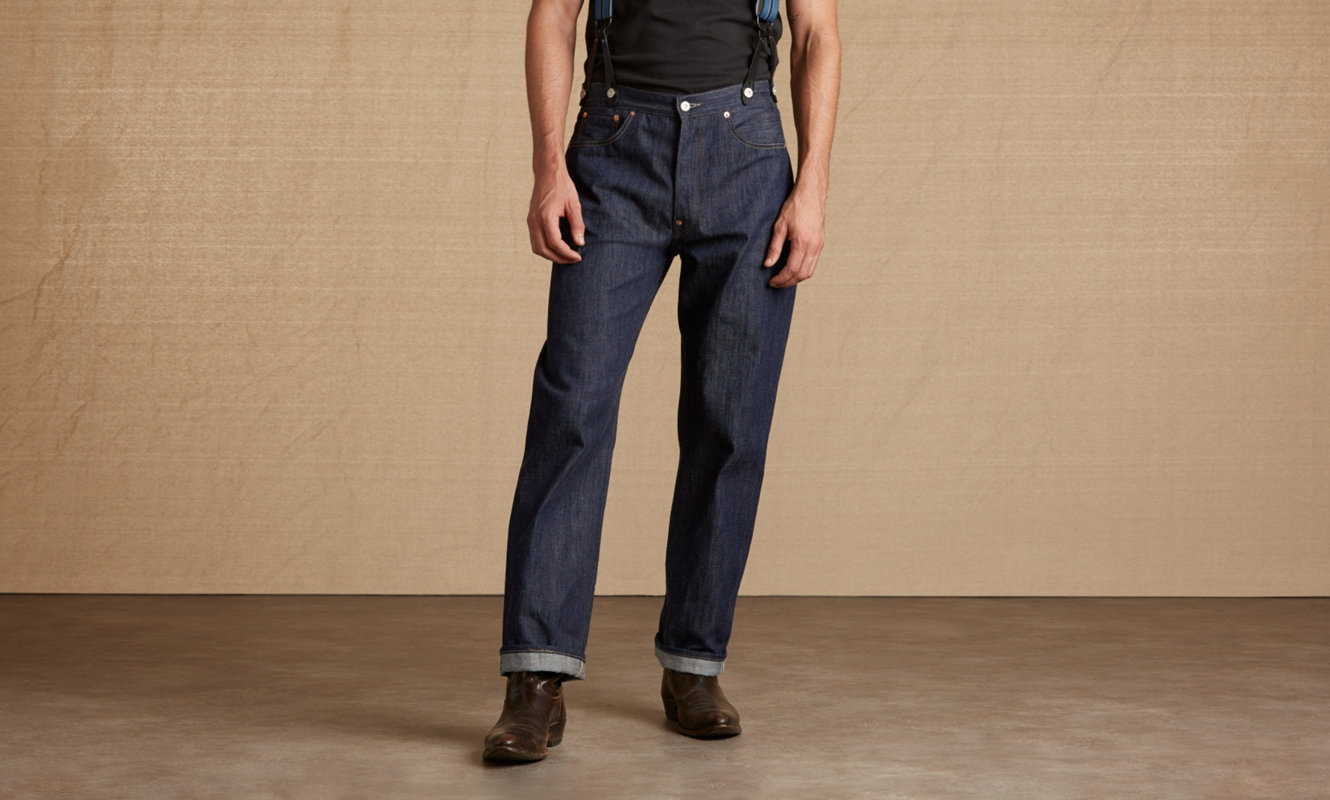 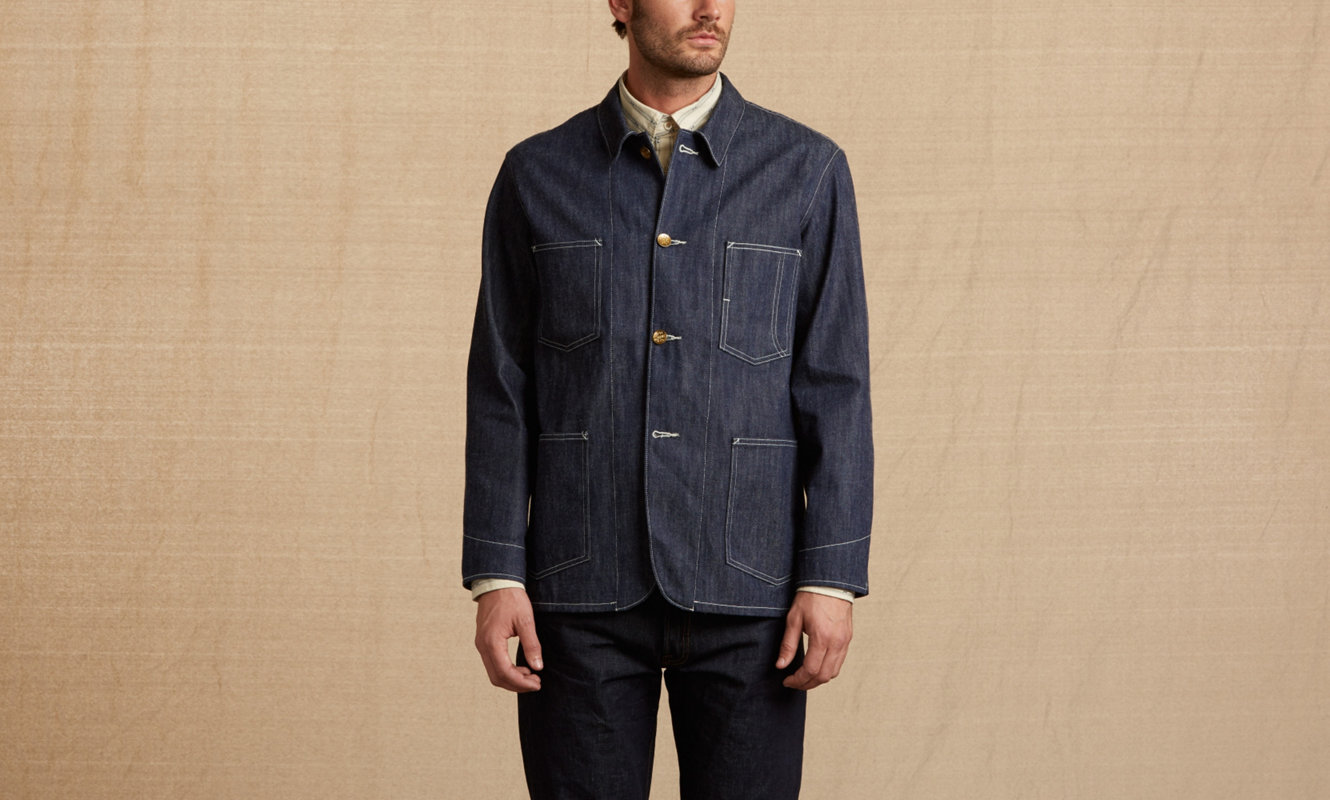 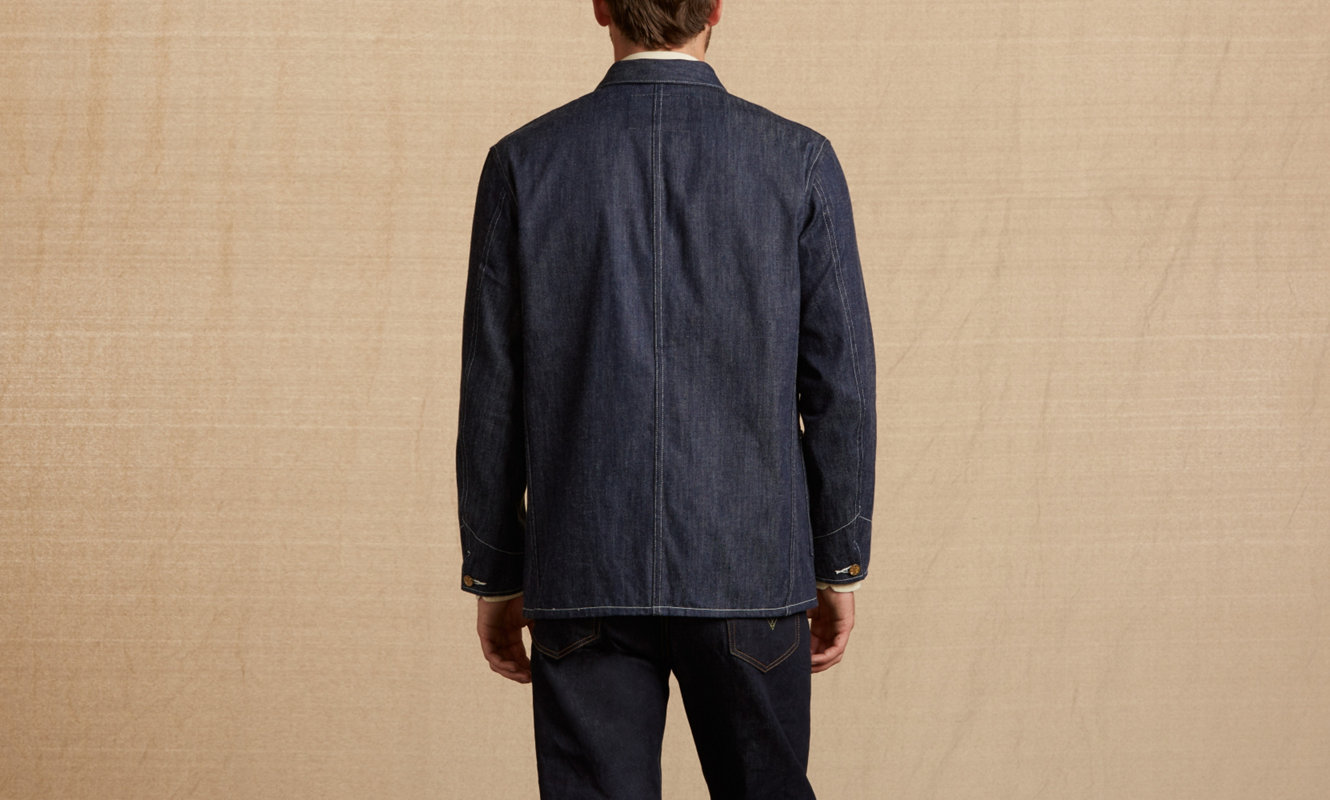 The two stand-out pieces from the collection are the 1915 501 and a sack coat straight from the pages of the 1915 product catalogue. Levi’s worked with Cone for over two years to replicate this shrink-to-fit selvedge denim with the plain white ID used in both pieces, ensuring authenticity and accuracy to the original fabric.

The jeans are something of a missing link. They feature the two-horse leather patch and two back pockets with exposed rivets and single needle arcuates. Suspender buttons but no belt loops; the cinch and the crotch rivet are still there. Interestingly enough, the cut is slightly more fitted than either the 1890 or the 1922 501.

The sack coat is of course made from the same denim as the 1915 501 jeans. It comes with four-button closure, two chest pockets and two hand pockets, brass branded buttons and an oil cloth two-horse patch.

Wearing these two items together would form a pretty spectacular “heritage” denim tux.

The Colour of the Golden Handshake

Next time you look down at that red selvedge line, just think about it; on September 15, 1915, the seeds for that particular selvedge ID and planted it in denim lore.

But wait, the red ID wasn’t introduced to the 501 until years later (in 1927 to be precise), when Cone needed a way to differentiate their denims. But that’s a whole different story, which you can read here.

The 1915 501 and the 1915 Sack Coat are available at select retailers as well as the LVC section of the levi.com website.