Deus ex Machina announces the winner of their Bike Build-Off. 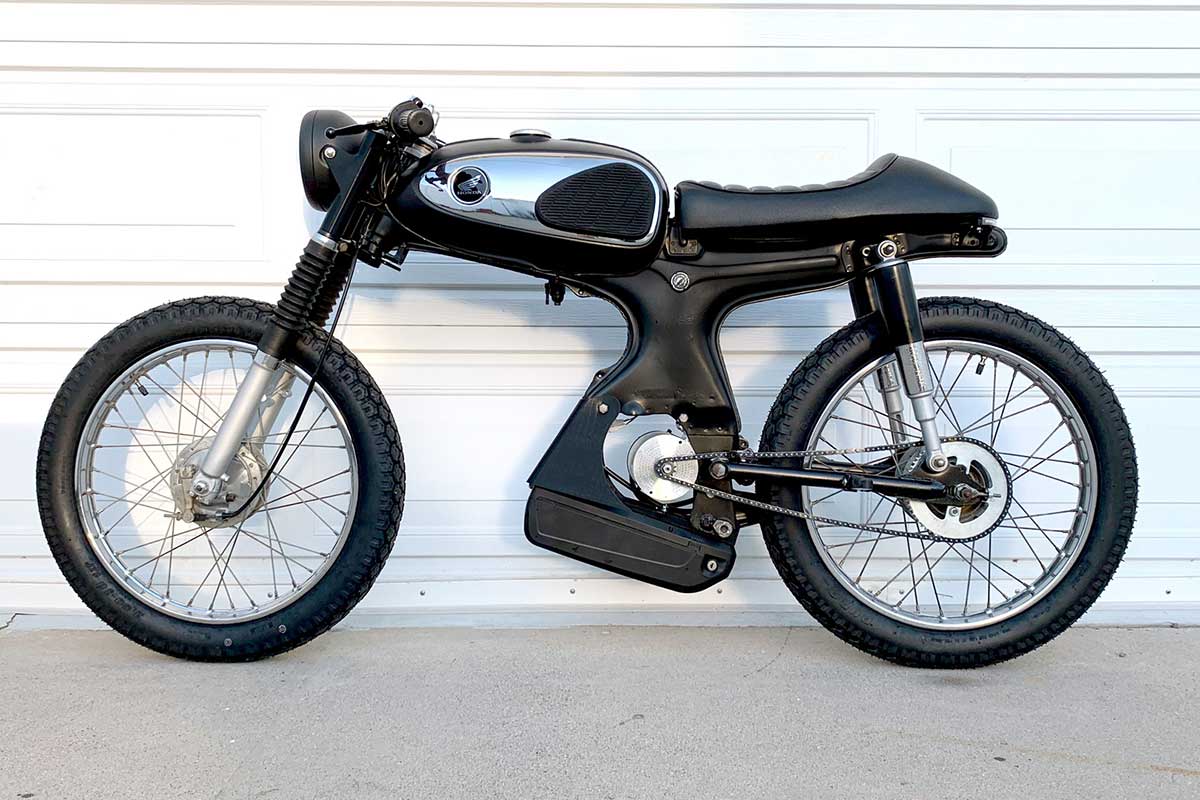 Can you build an electric bike in your apartment with nothing more than 1000 bucks and ingenuity? Apparently so! and you can also win the Deus Bike Build Off while you’re at it!

So every year the Deus guys put out a challenge. Build a bike. A custom bike. And make it cool. This year they threw it out to an international audience via their online platform. It allowed folks from all over the globe to throw their hats in the ring. In the spirit of the old school choppers, the competition has only had one hard and fast rule, to do ‘the most with the least’.

Doing the most with the least

Looking at the competition website, the entries were well, eclectic, But it was electric that stole the show. The top prize went to Aaron Laniosz with his conversion of a Honda s90 using nothing more than his apartment floor, a 3D printer and a lot of elbow grease.

Aaron moved to California a year ago with two things on his shopping list. A surfboard and a motorbike. Both he found on Craigs List. Apparently, Craigs List in the US has more than stolen push bikes and sex pests on it. 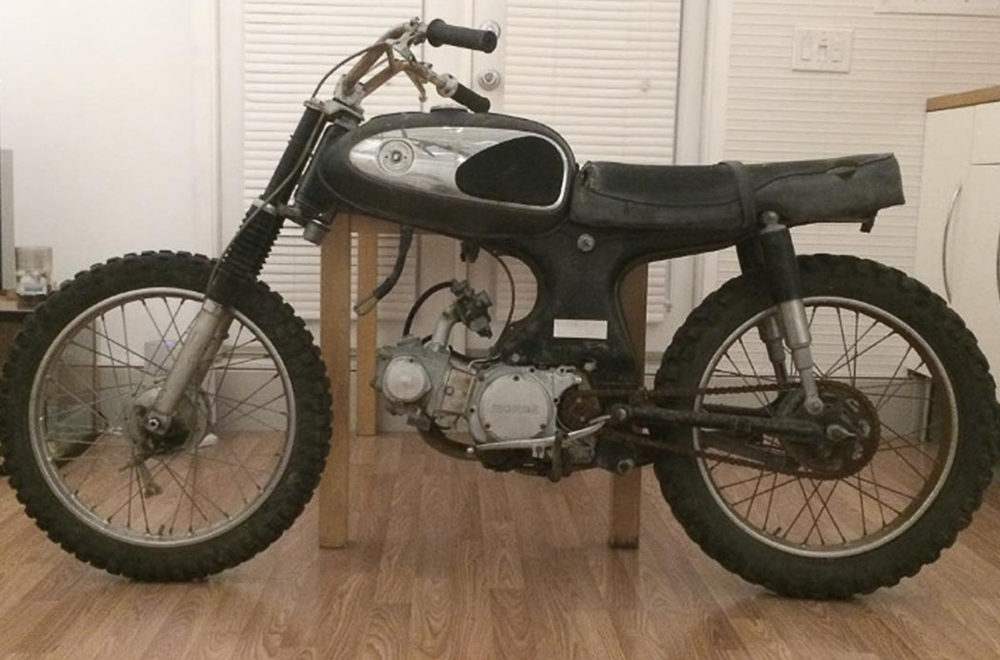 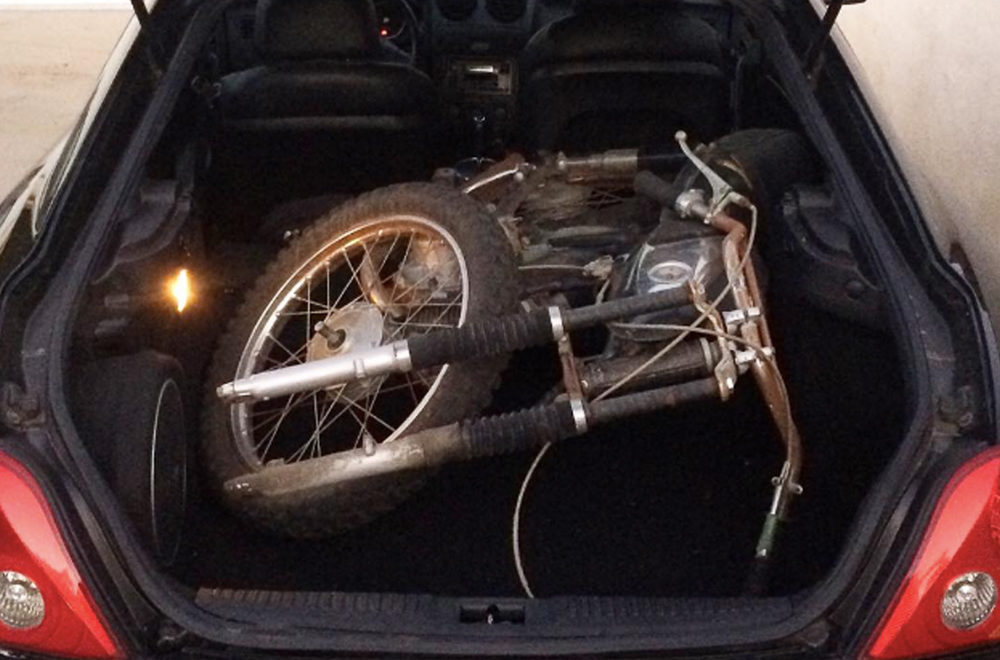 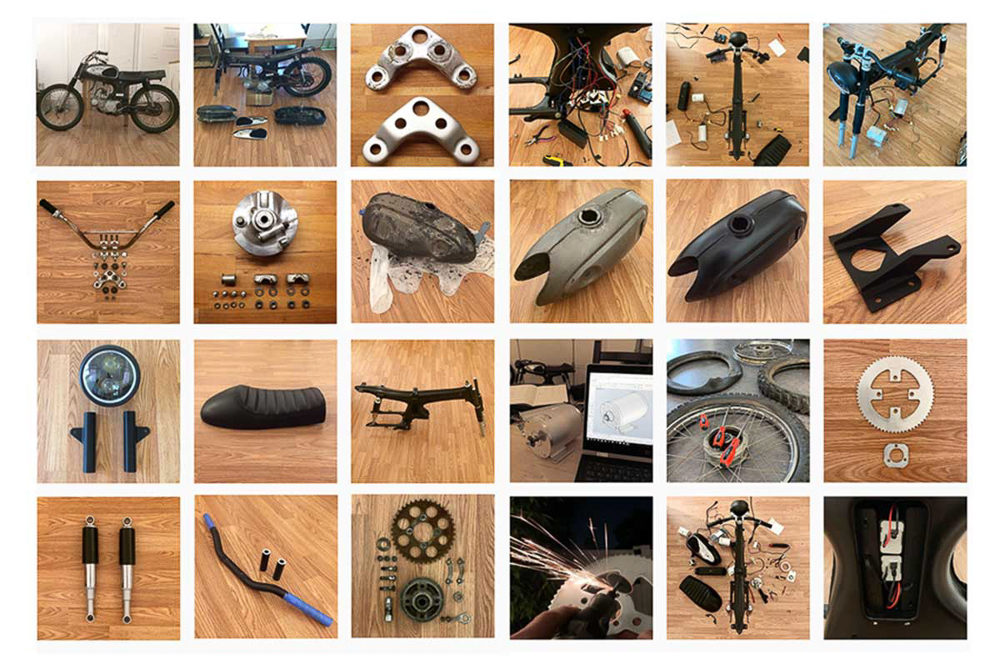 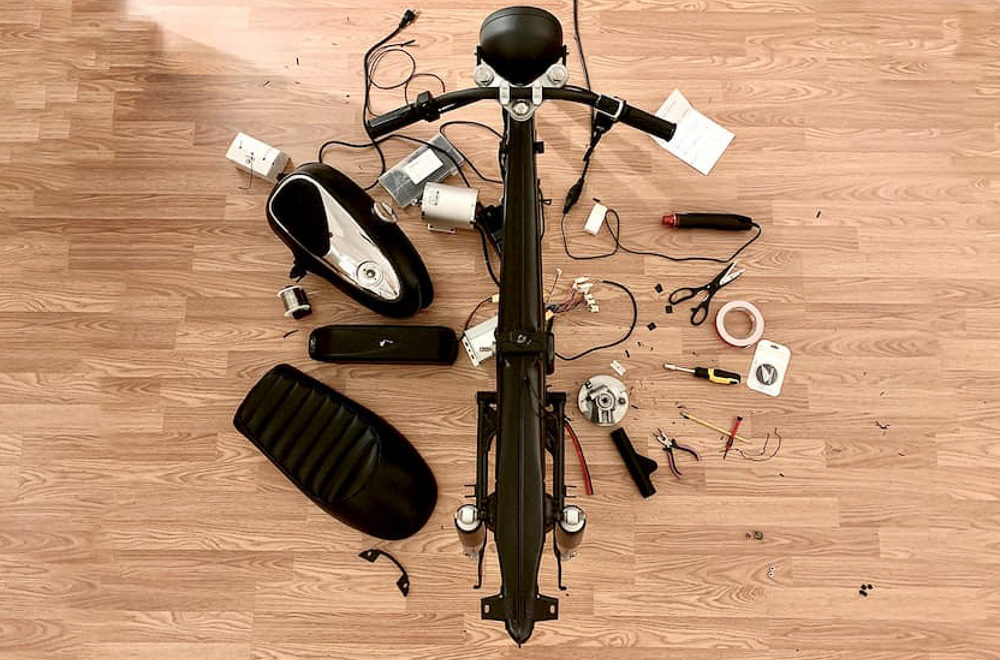 Aaron found his little Honda s90 in a terrible condition, It had been used as a donor bike for another restoration project. He told the guy if we can shoehorn this into the back of my car I will give you 40 bucks for it. The dude was like, I’ll get the wrench. 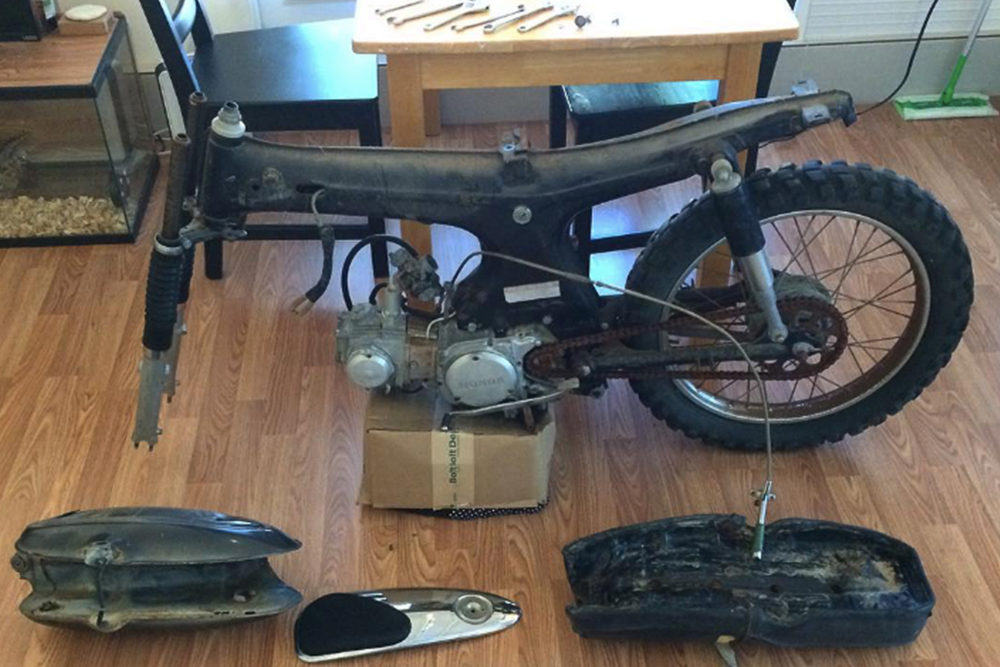 All sorts of bits were missing and the thing looked like it was found in a ditch. Undaunted, he forged ahead. Stripping the bike back piece by piece he removed all the dirt and crap that had built up over the years and then began the arduous task of getting this thing back on the road.

Out with the old… 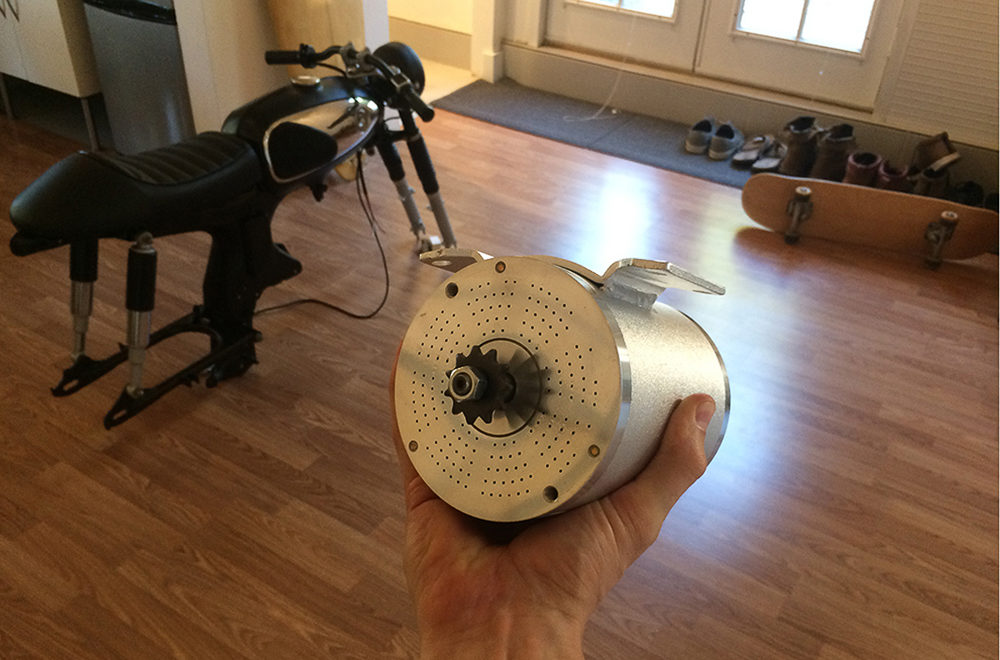 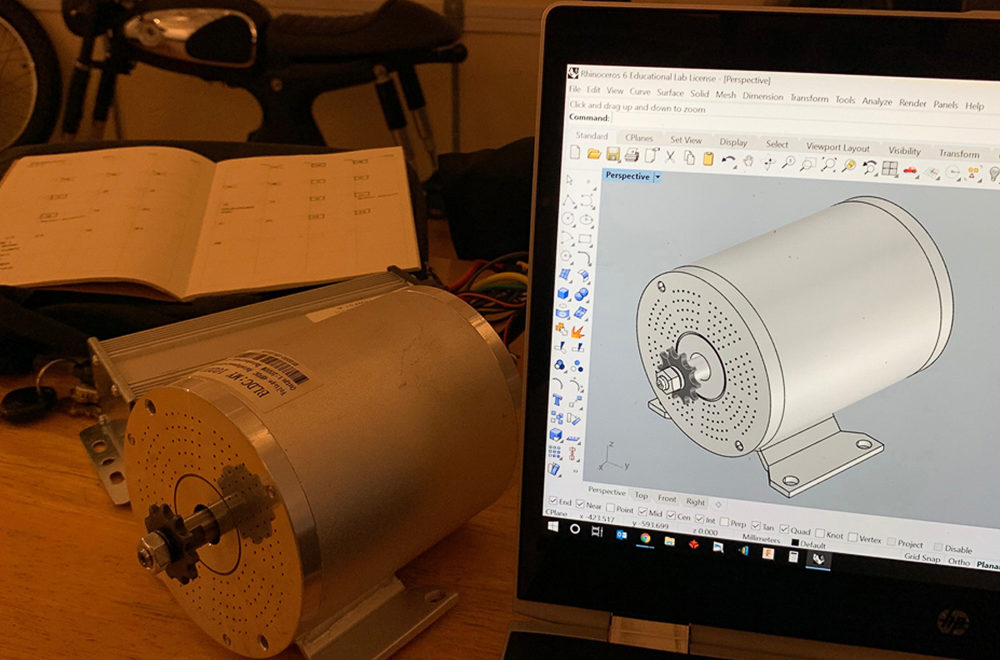 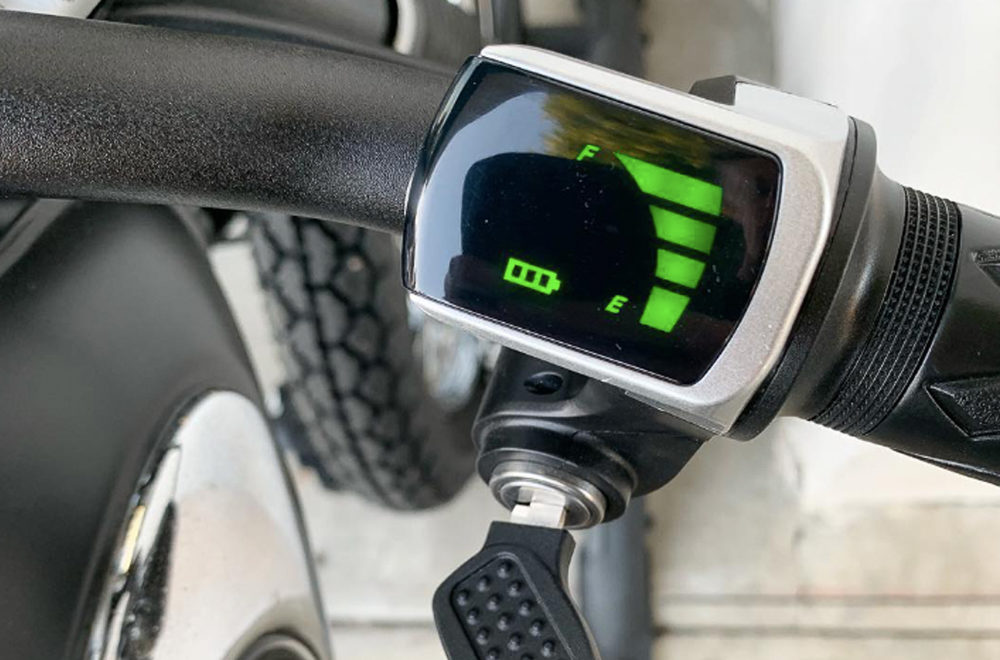 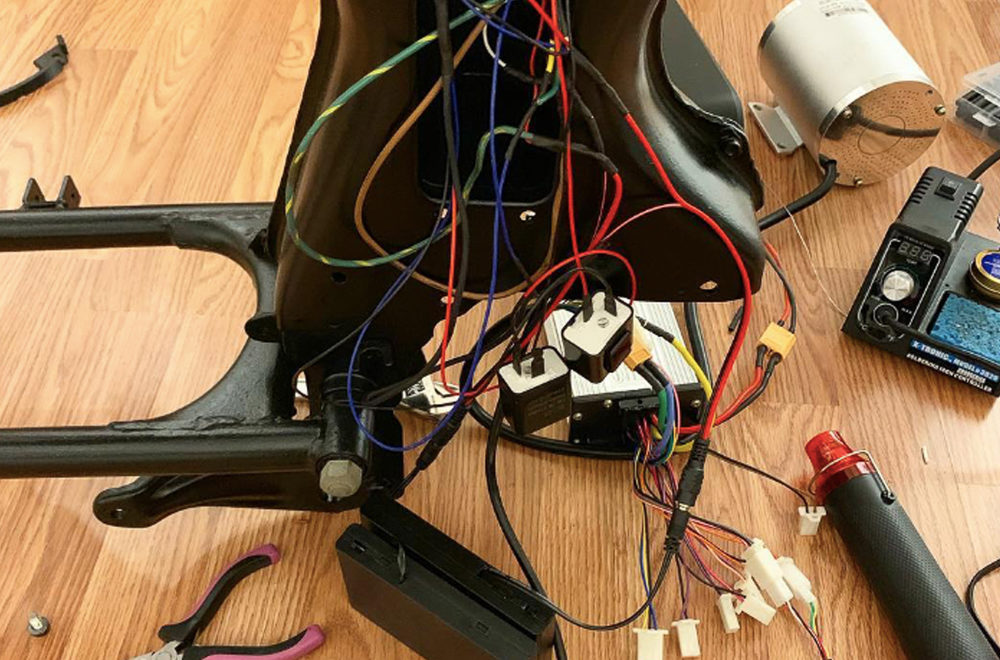 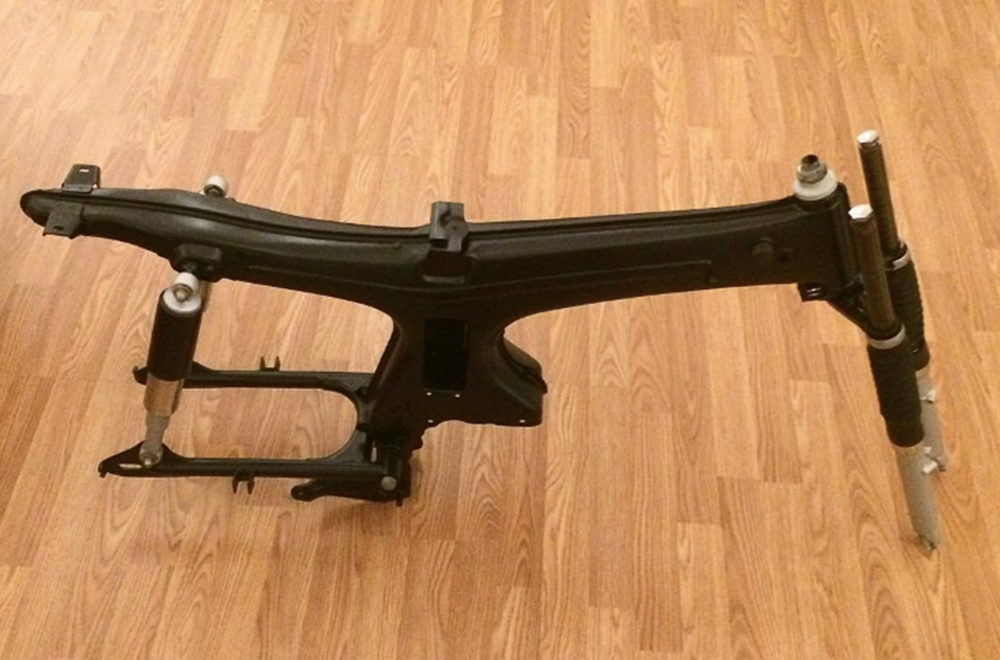 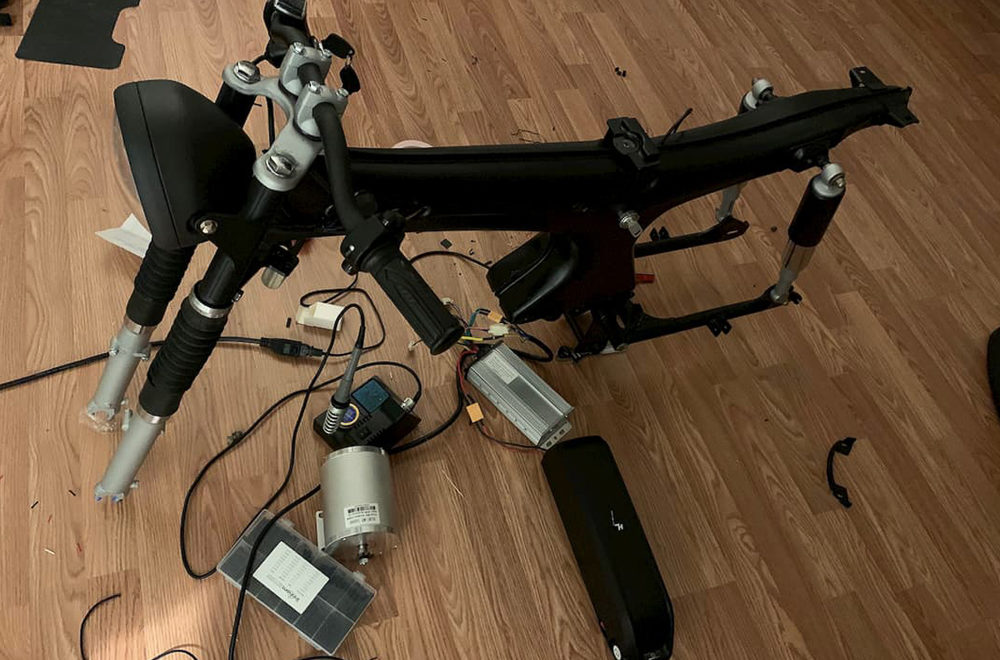 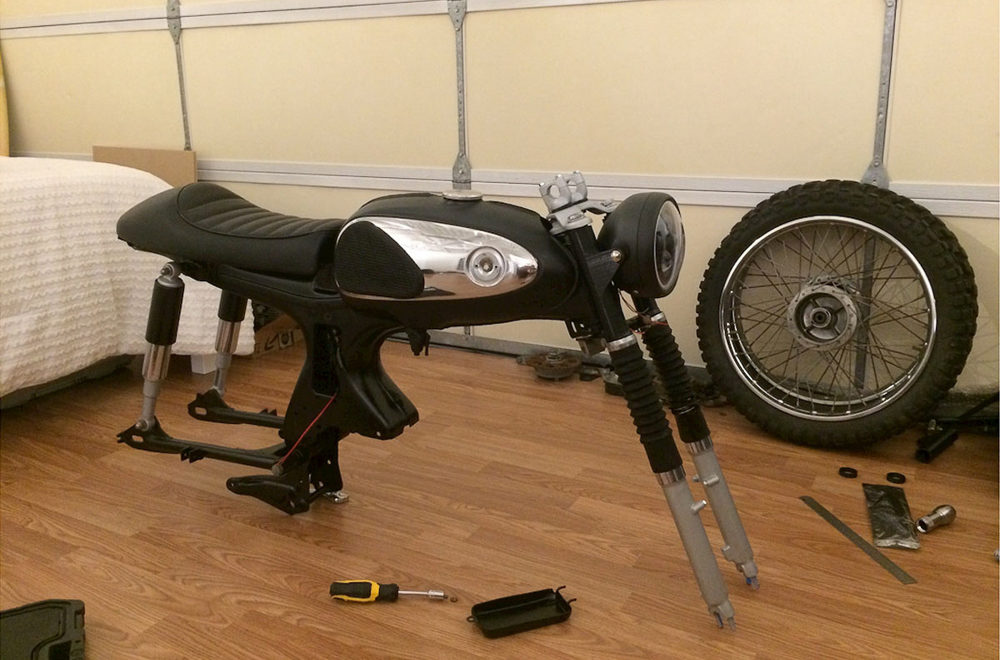 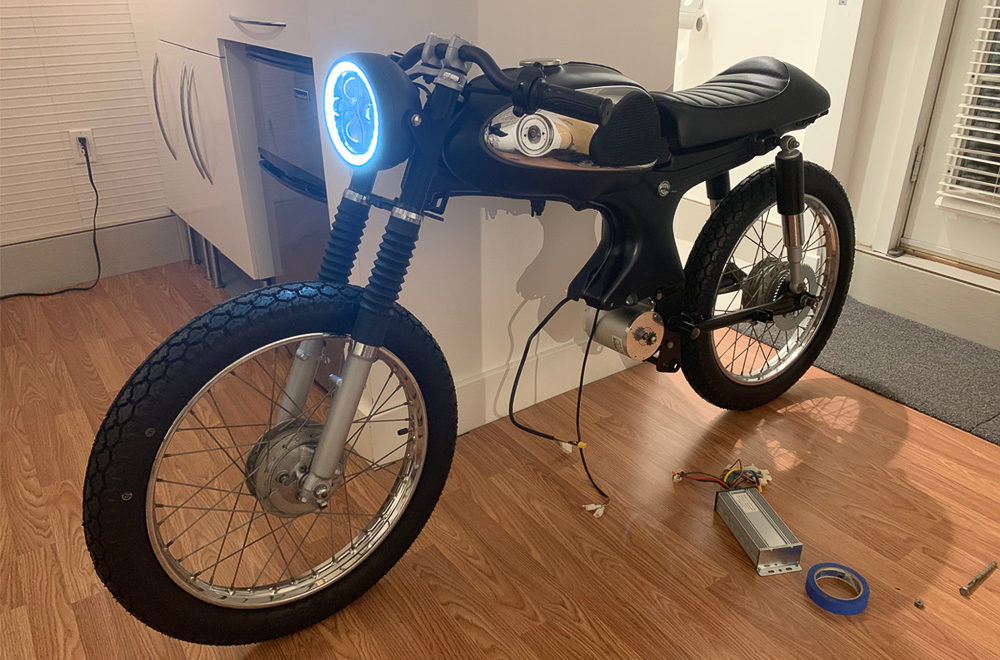 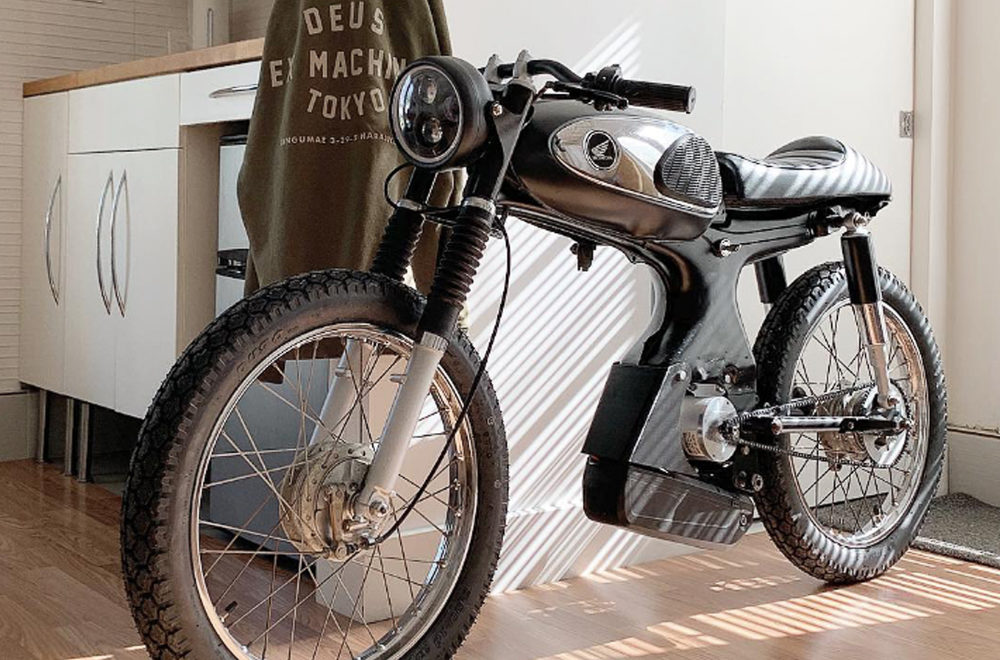 The engine itself was totally seized. The solution. Throw away the old, horrible gas-guzzling thing and instal a nice, shiny modern electric motor. The dreadlocked masses salute you, Arron! He’d spent a summer making electric go-carts with elementary school students so he knew a thing or two about electric motor conversions.

Ordering the parts he could not fabricate, like the motor itself, the controllers and the battery, he started to design and build the parts he needed to mount them on the bike. All this without access to a metal workshop and in his apartment. Must have been a hit with his neighbours.

In lieu of a workshop, he used computer modelling and a 3D printer he had at work to manufacture the parts he needed. As he puts it:

“The whole build was a learning experience with endless Google searching and watching Youtube How-Tos. The moment I mounted the new tires and got it rolling, I was so stoked.” 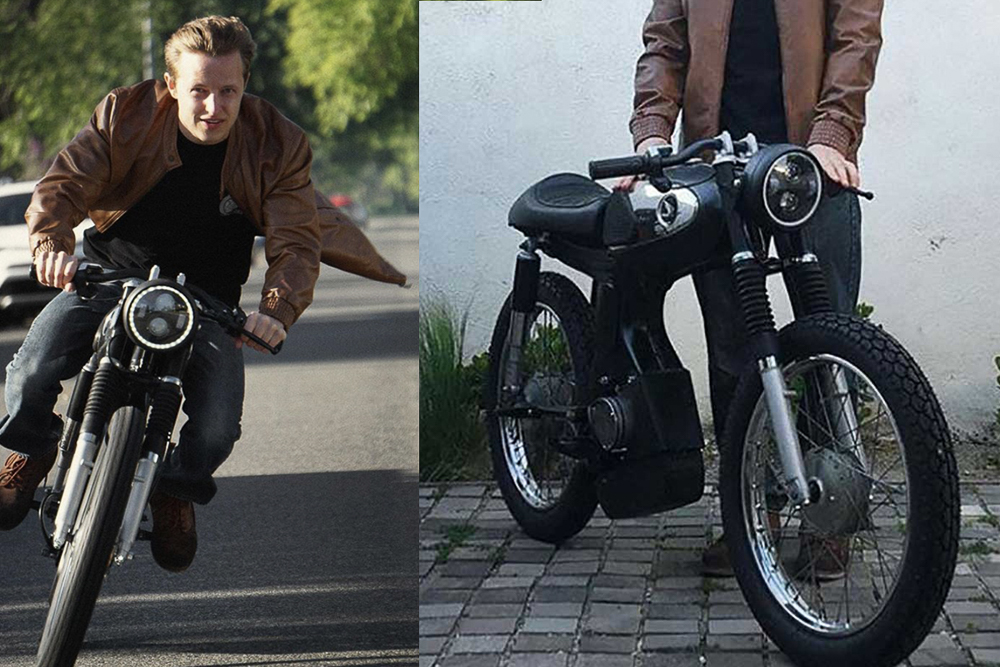 He was so stoked apparently that once he got it rolling he didn’t bother making plans to make it stop rolling.

“I stopped building and rode the bike for over a month without proper brakes.” 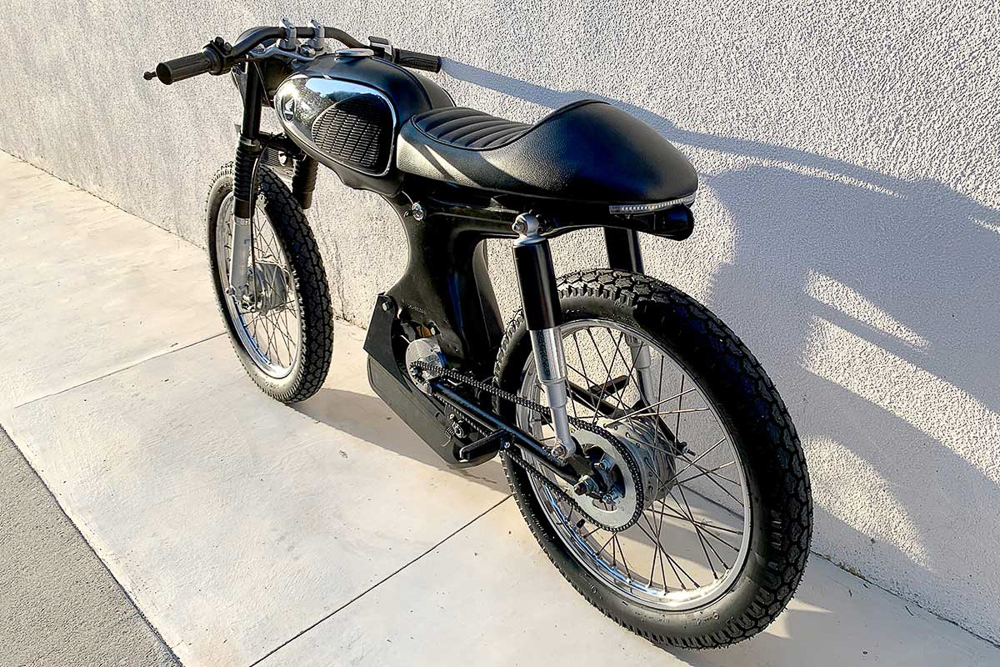 Since then it seems that he has fixed the braking issue and finished the bike off beautifully. The professional-looking paint job was in fact tow cans of black spray paint and the rest of the shiny metalwork he cleans and polished up himself. Amazing! Aaron now loves nothing more than bombing about on his creation that he made with his own two hands for nothing more than $900.

It sounds like he had a blast building this beautiful beast and winning the Deus Bike Build Off is nothing more than the cherry on the cake.

Feast your eyes on the car that Enzo Ferrari called it “the most beautiful car ever made”Cars, Driven