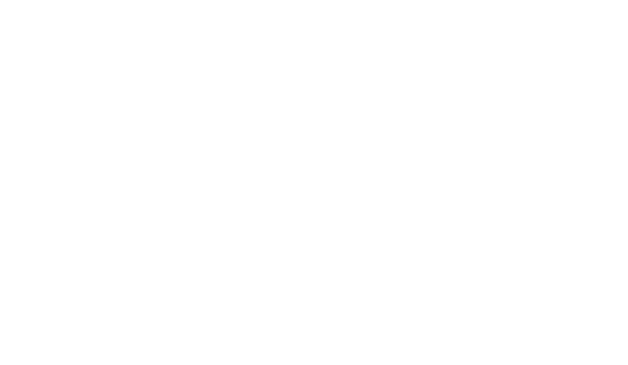 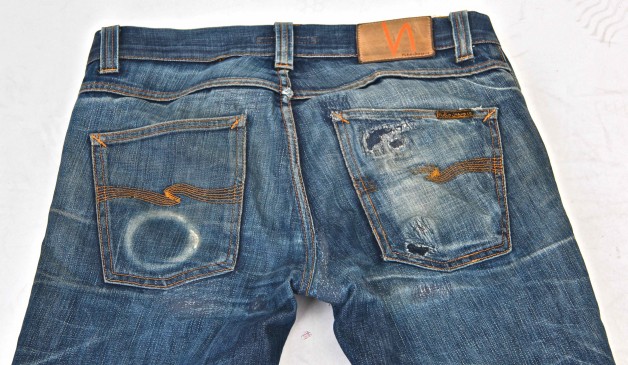 Dan Moon from Holstebro, Denmark is quite fond of his Nudie jeans, which is understandable. This particular pair he bought on February 1st, 2009 and they weren’t washed (at 60 degrees without detergent) until the 1st of March, 2010. Since then they’ve been washed about three times, all of them at 60 degrees celcius without detergents. 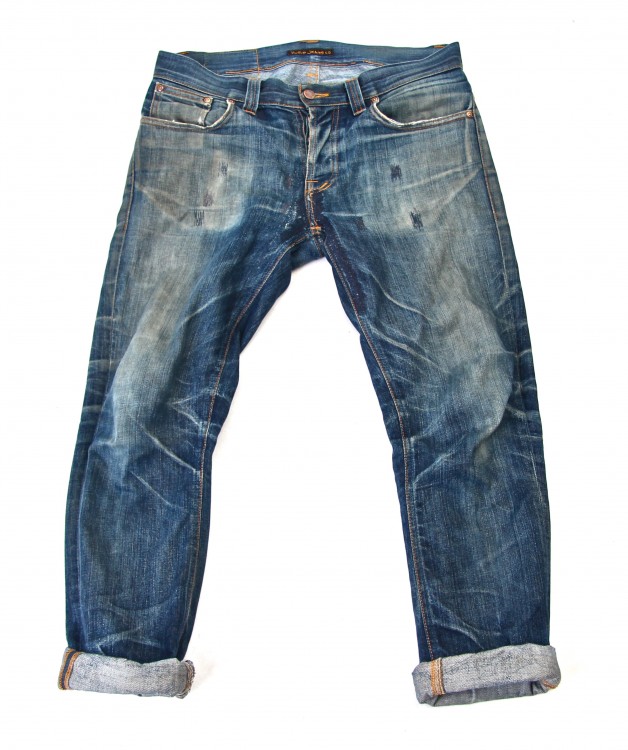 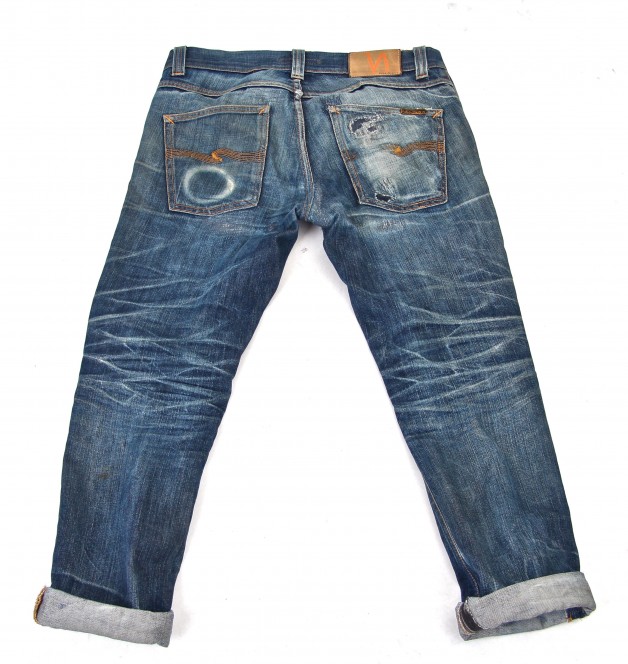 The jeans have been patched up at over 20 spots. Today, Dan Moon seldom wears his jeans as they are falling apart, but he still sports them on special occasions. Also, it was Nudie that introduced Dan Moon to snus after he discovered the “snus ring” on the back pockets of so many worn out Nudie jeans. Fortunately for his health, it is no longer possible to buy snus over the Internet from Sweden, so today he just smokes. 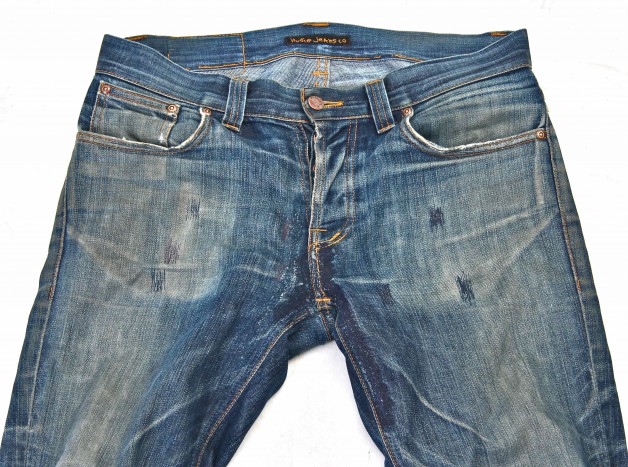 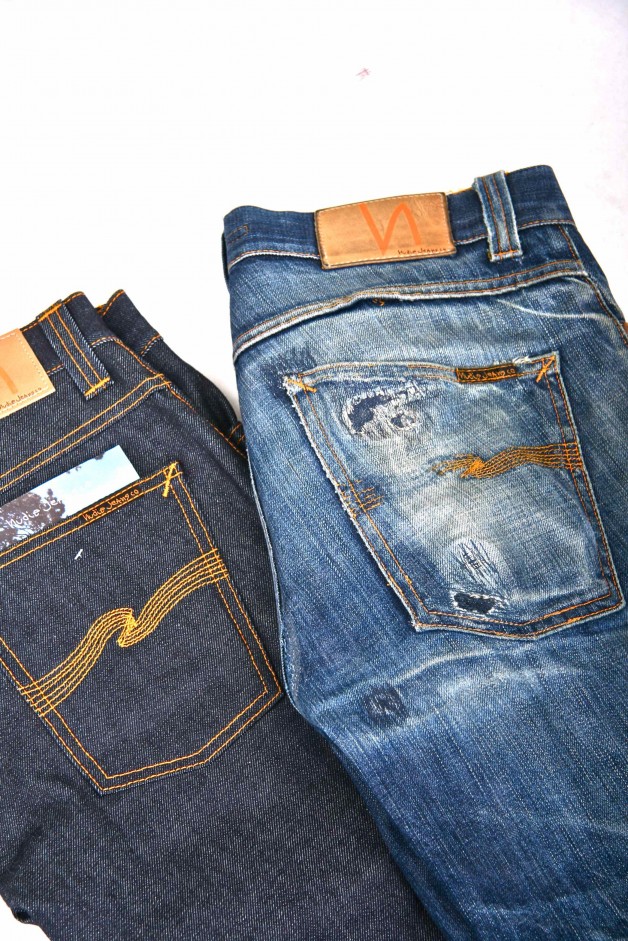 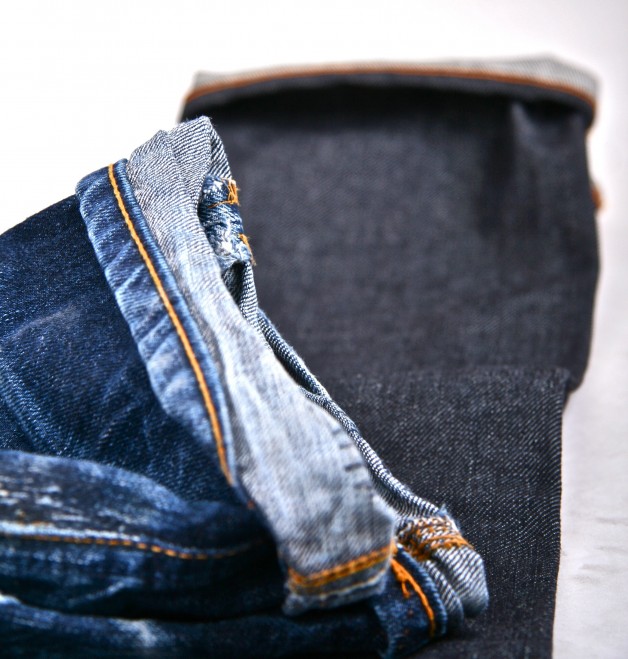 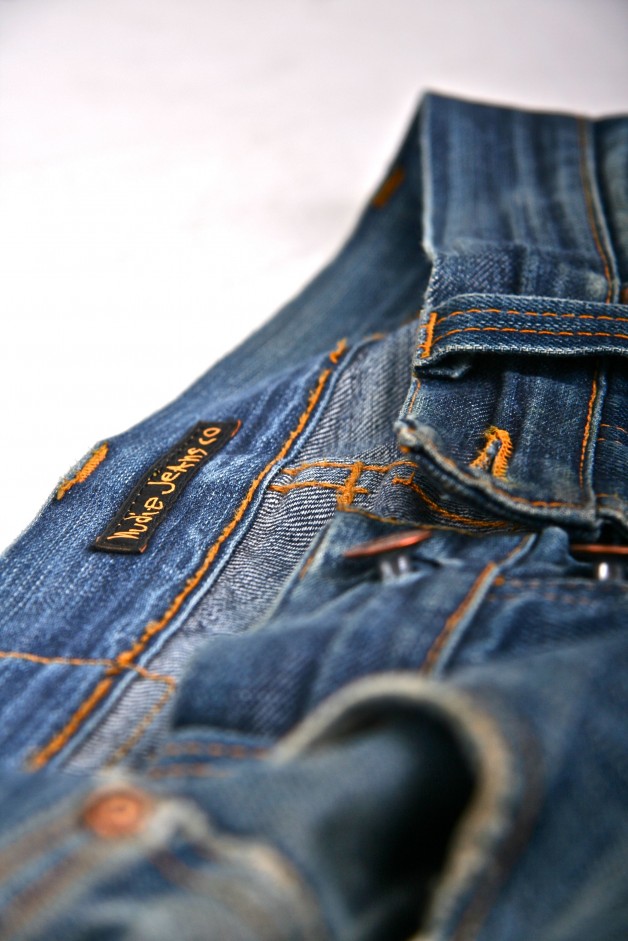