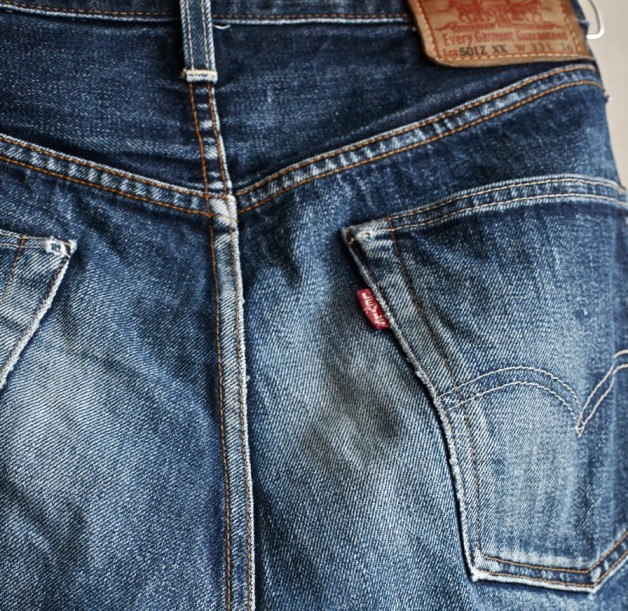 No doubt the Levi’s Vintage Clothing 1954 501Z is a very popular fit, this particular pair belongs to Rasmus Peter Vagn Jakobsen. The jeans have been worn for four years and washed about 8-10 times. He bought them before a project in at the Danish School of Media and Journalism (from which he’s now a graduate), where he chose to spend 15 days in the forests around Silkeborg in an attempt to find “silence”, and in those 15 days the jeans did not come of his boda a single time. After that they fit perfectly. Since then they have been traveling in Japan and Russia among other places around the world.

All repairs are done by Simon Tuntelder (from After the Denim) on his old Singer 222 from the early 50s using a Polycore 36 thread that is normally too coarse for the kind of repair, but he went for a rugged look, which fits well with Rasmus as he almost only wears Red Wing boots. The jeans are patched with rip-stop camouflage fabric from the U.S. Army and some old Danish Bull Denim. 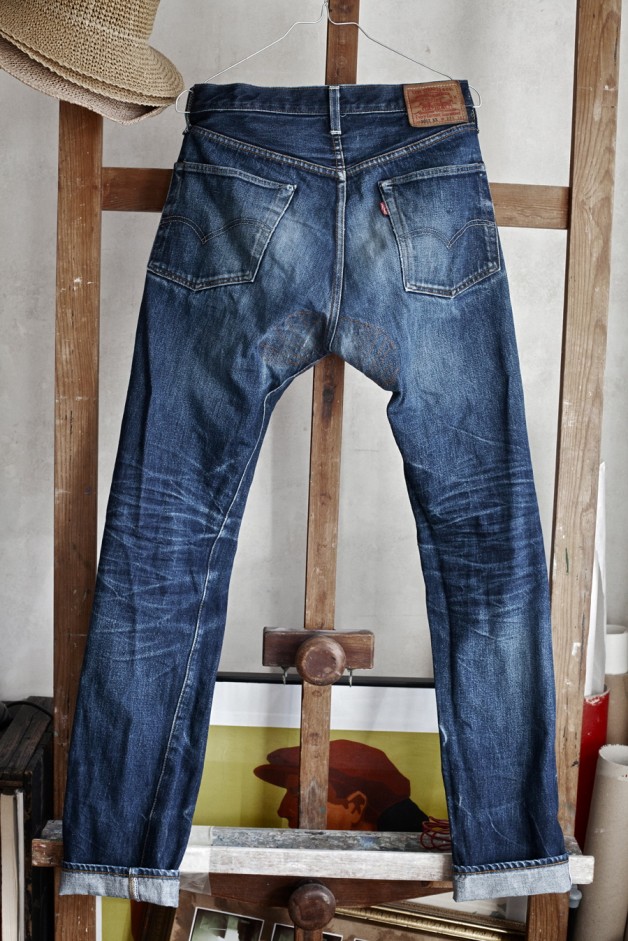 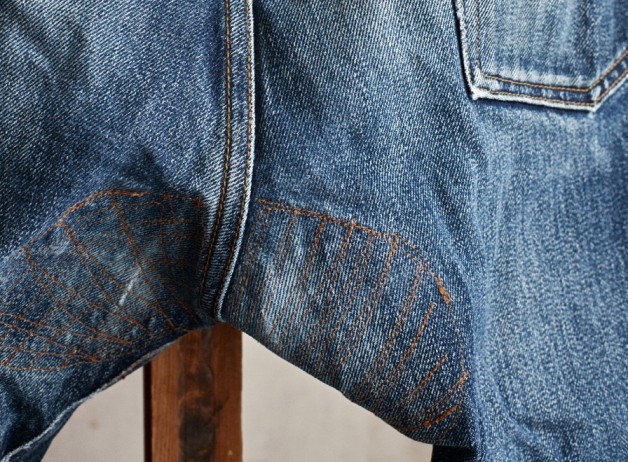 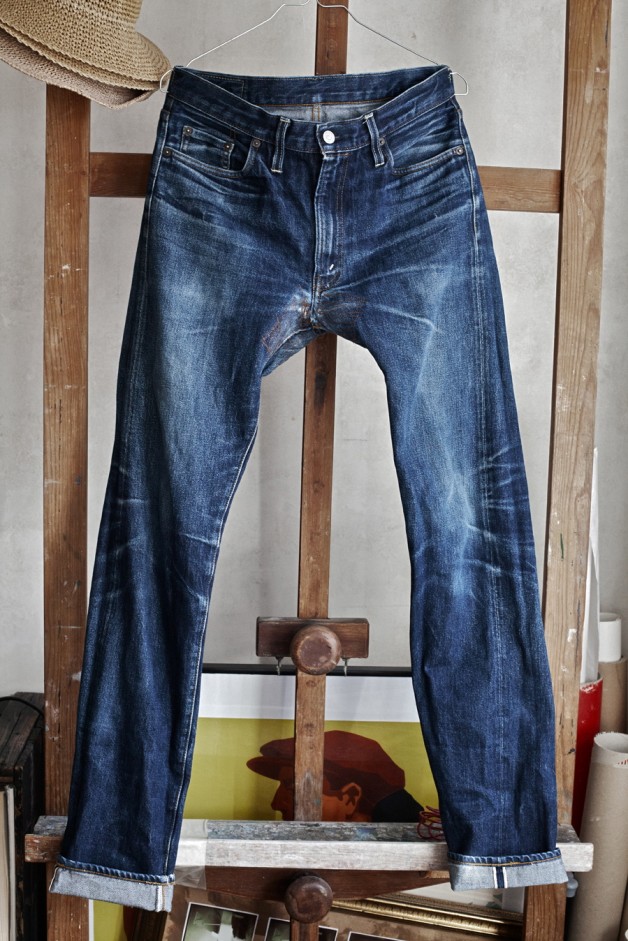 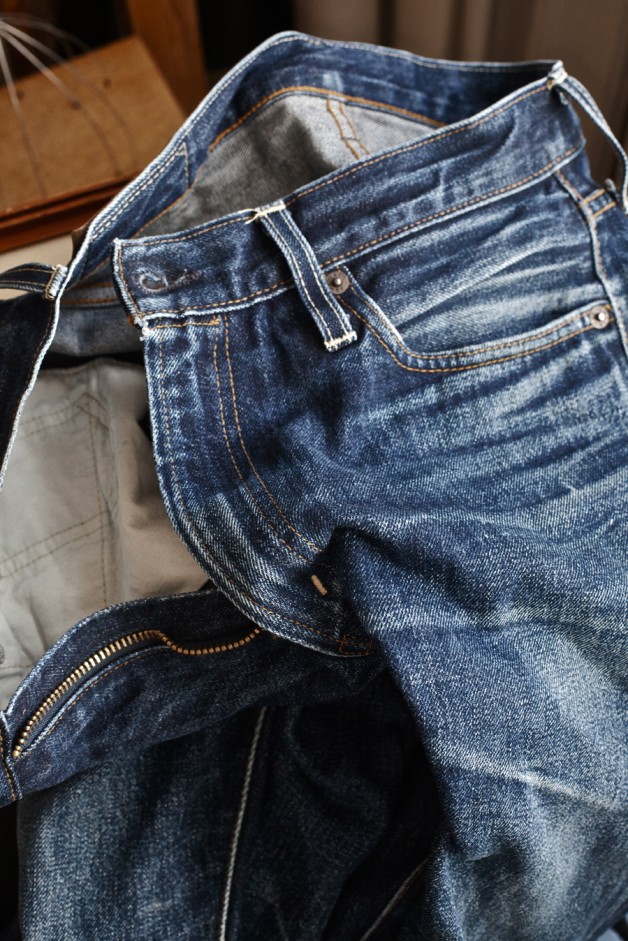 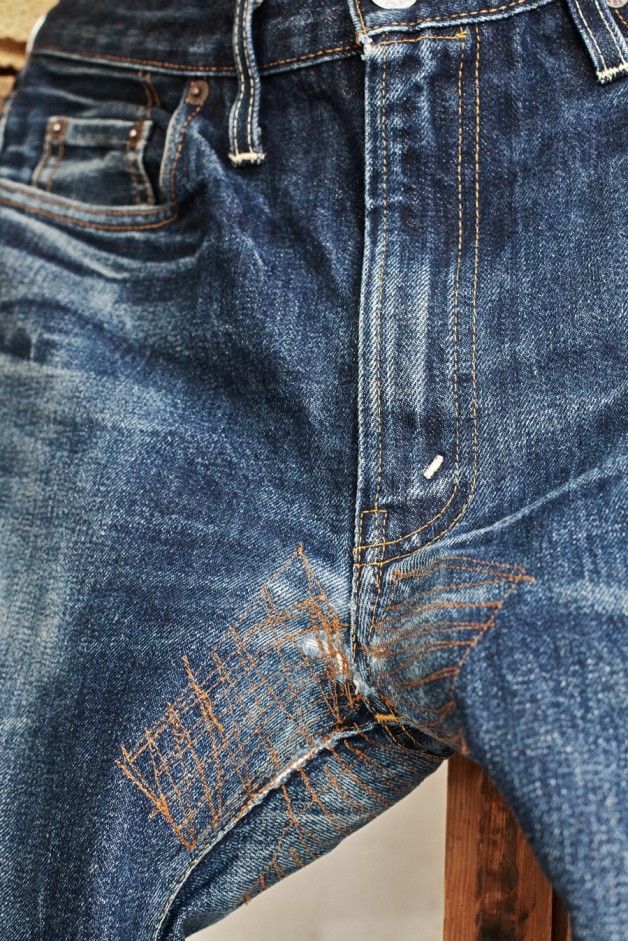 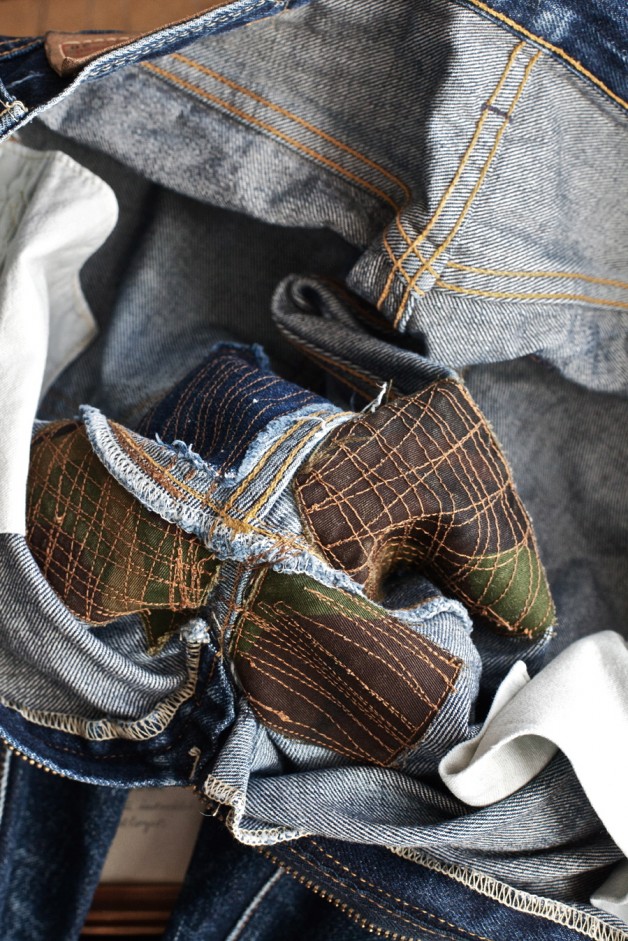