One of the ‘Big Three’ Celebrates Their 125th Anniversary

2014 marks the 125th year since Henry David Lee founded the H.D. Lee Mercantile Company. All he had back then was a few dollars in his pocket and a visionary’s mentality.

Even though the company was founded in 1889, it wasn’t until beginning of the 20th century, when the US was in full industrial bloom, that Lee earned its place in the annals of denim history.

During this time many companies were forced to serve a new market: labourers. Like many others, Henry David Lee saw the opportunity and used it to his advantage. He switched from feeding the workers and cowboys to dressing them in dungarees, jackets and “tough-as-nails” bib overalls.

Lee, as a workwear company, was born.

Still, it wasn’t until the 30s that the H.D. Lee Mercantile Company became the leading manufacturer of workwear in the US. Around the same time they change the name of the company to H.D. Lee Company, Inc.

In 1954, Lee started producing casual wear. James Dean and Marlon Brandon were the epitome of the rebel youth. They made young people turn heads with a completely new perception of jeans. It made denim a fashion statement.

In 1963, Lee entered the European markets, and in 1969 the company consolidated with VF Corporation.

When it comes to the actual garments, there are many achievements that have earned Lee its position of one of the ‘big three:’ the button-up one-piece overall, the Loco Railroad Jacket, the fitted jeans, the Storm Rider Jacket, the world’s first zip-fly jeans, and even the coveted Buddy Lee. Not to mention the contemporary collections from the Lee 101 sub-brand which keeps today’s denimheads interested in the brand. 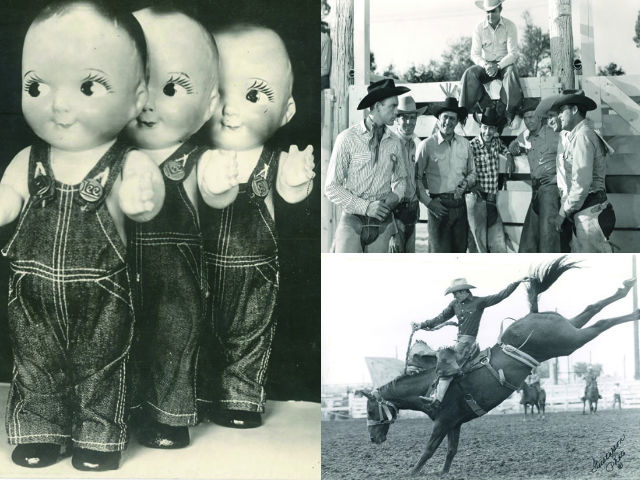 Lee never fails to satisfy and their influence on the popularity and design of denim and jeanswear today is indisputable.

Lee helped change the western reference of denim jeans and they are still pumping indigo into their legions of followers.

Let’s hope Lee will be around for another 125 years.

Paul Travi
Paul's first experience with raw denim was at the age of 10 when his parents purchased him a pair of raw Lee jeans. After many years, he found the very same pair of jeans in the U.S. and since then his interest in denim became a passion. Now based in Holland, Paul is constantly researching and experimenting with the amazing fabric.
More Good Reads
© 2010 - 2022. All Right Reserved. Rope Dye Media OÜ | Address: Sepapaja 6, Tallinn 15551, Estonia | Registry code: 14425938 VAT number: EE10205018 | Privacy

The Stranded Sailors: One Year of Style and InspirationApparel