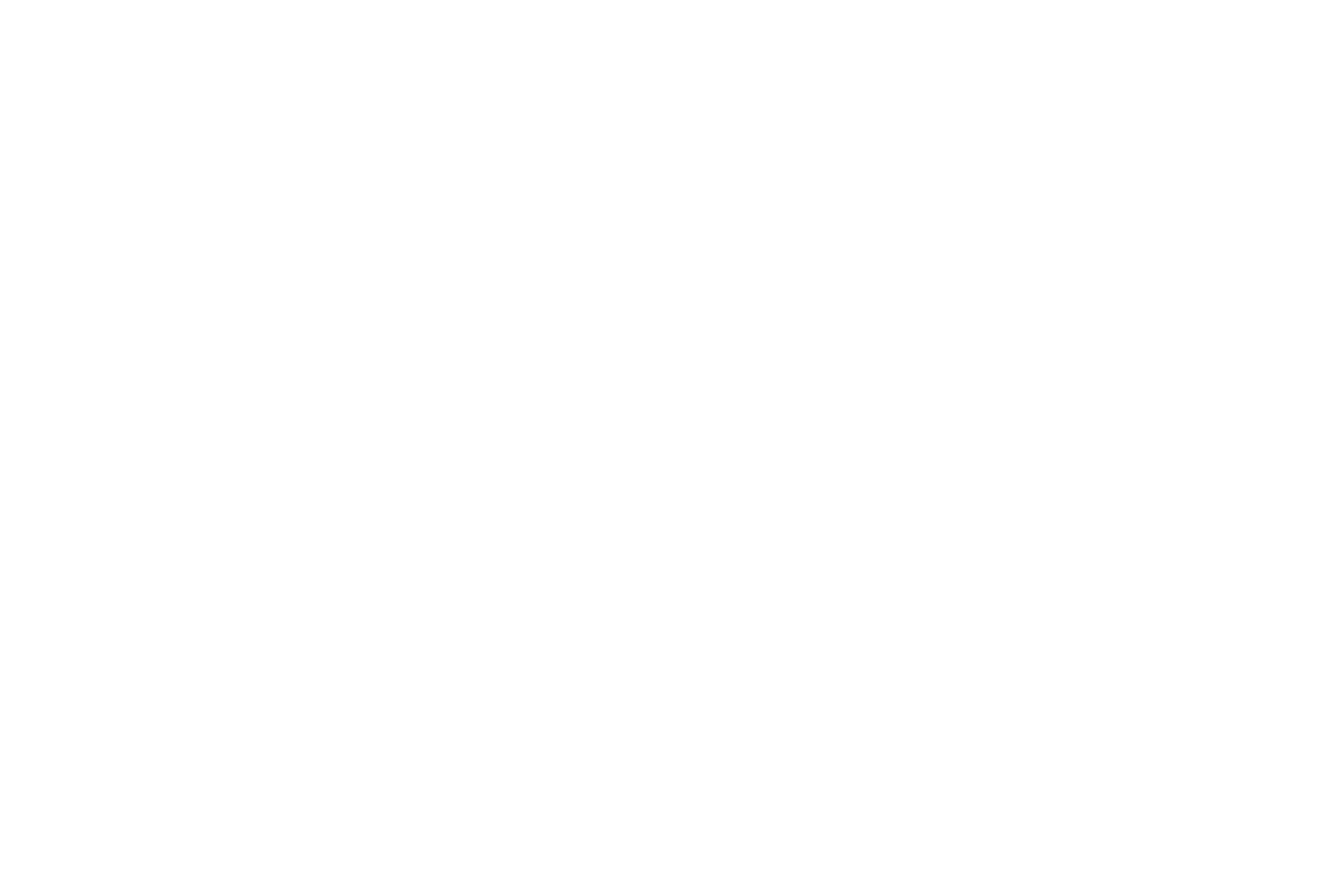 Renowned fine artist and tattooist, Thomas Hooper, has teamed up with 3sixteen to design a capsule collection designed to his specification and incorporating his original artwork. 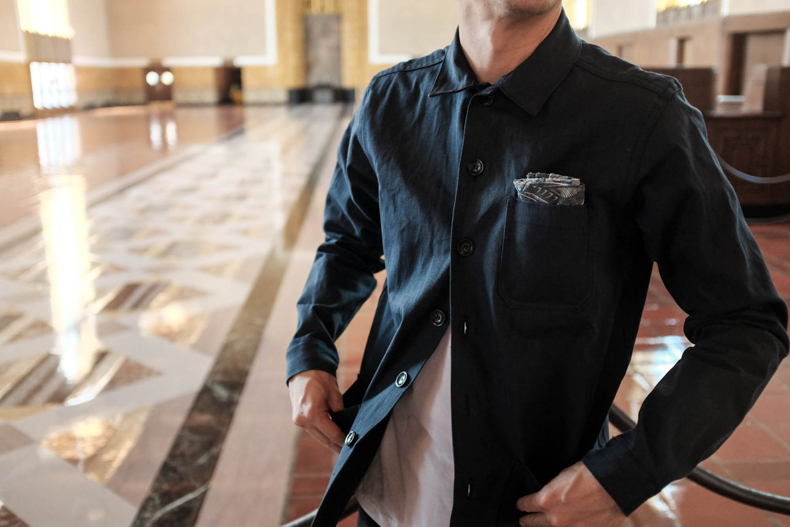 The relationship between Thomas Hooper and 3sixteen goes back a long way. He has tattooed both Andrew and Johan when he worked at the Brooklyn based tattoo studio Saved. A friendship soon flourished and Thomas’ work has been featured on the 3sixteen Singularities site back in 2012 and a year later, Thomas contributed to 3sixteens 10 year anniversary collection. 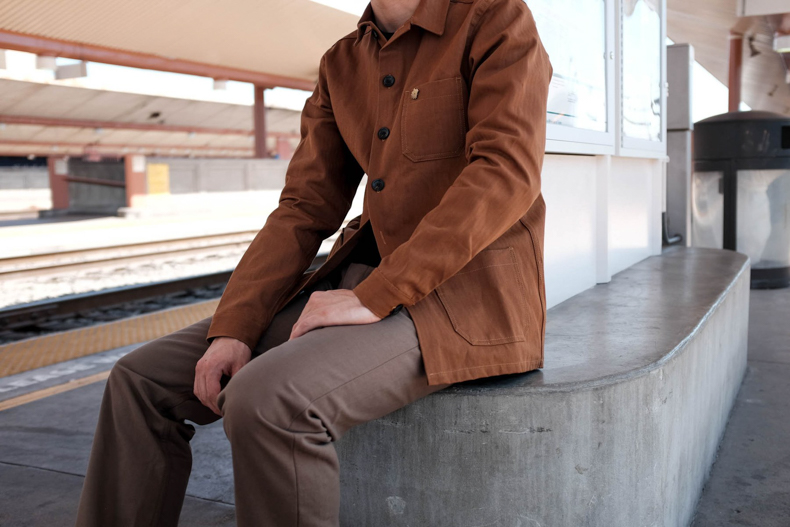 Clothing for a tattoo artist

This capsule collection is created in association with Journal Standard. The aim was to create a range of garments designed to Thomas’ specifications and featuring his artwork.

“The flower I used on the graphic tee and bandana is inspired by the Japanese Yellow Rose (Kerria Japonica). When we sat down to brainstorm different flowers that we could feature, Andrew and Johan shared how they liked the way I drew Chrysanthemums. Being that this collection was slated for a Spring/Summer release for Journal Standard, I thought a flower that blooms in spring and summer would be best, but I still approached my studies and illustrations in a way similar to my Chrysanthemums. In doing so, I ended up with my own sort of hybrid rose.” 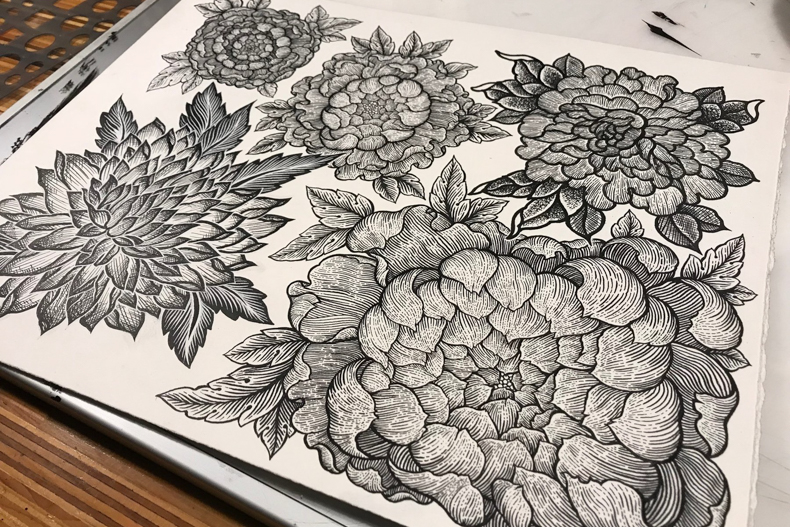 Each piece has been given a great deal of thought and practicality was top of the agenda when deciding on detailing and fabric. Thomas now lives in Austin Texas where it is 35 celsius and above a lot of the time. For the Shop Jacket and the cap, they opted for a Japanese herringbone with some heft to it. Given the relative regularity of washing that tattoo artists clothing requite, the fabric will soften up quickly and break in beautifully. With the cap, in particular, Thomas had some very specific wishes.

“I have a massive head, so I wanted something that was deeper than average and would not slip off constantly or be too tight. Because I work 40 to 50 hours a week tattooing, I wanted something I could wear that would not obstruct my vision by casting a shadow in the area that I was working on.” 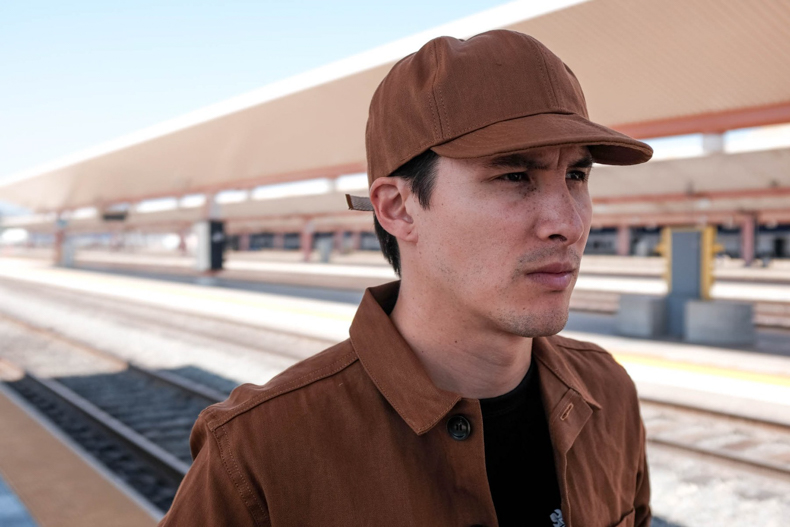 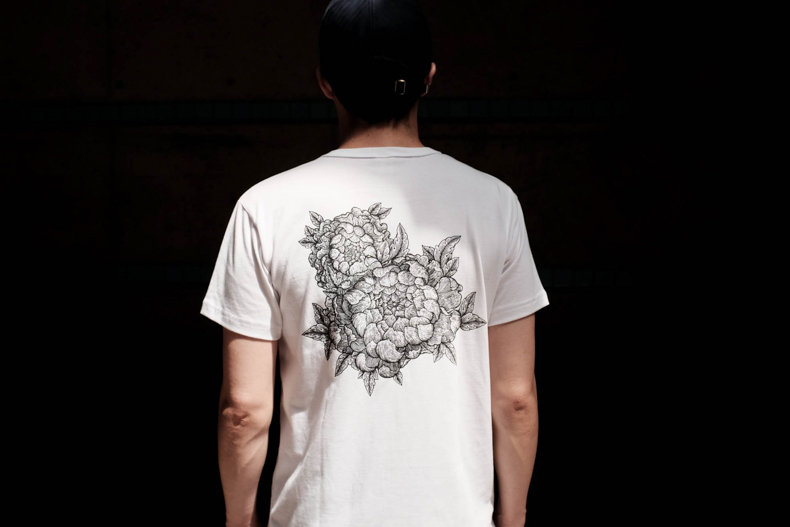 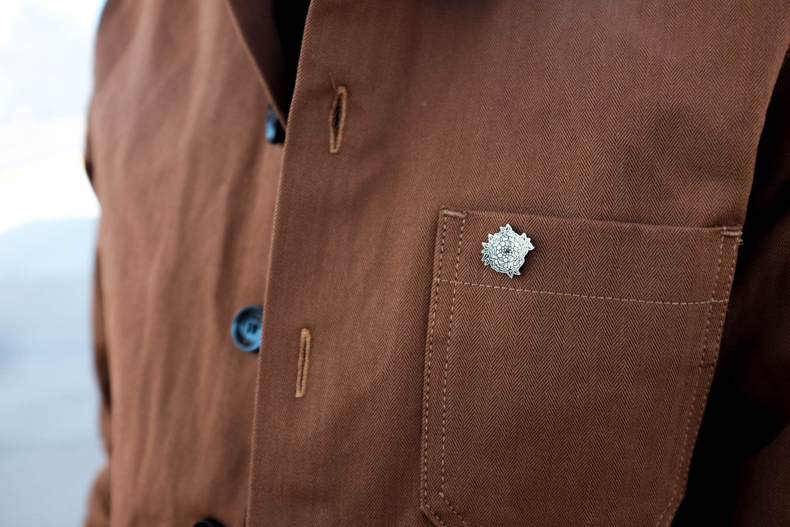 This “hybrid rose” motif is featured on T-shirts, bandanas a patch and an enamel pin. There is also a brand new work shirt design. Thomas’ work heavily features repetitive, geometrical designs and the Japanese 6 diamond pattern seen on the fabric really resonated with him. 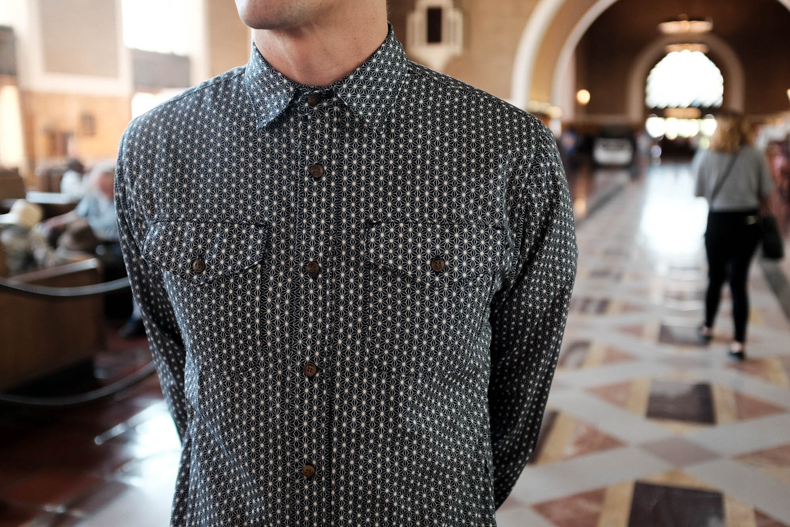 The collection is available in Japan through the Journal Standard Stores and through the 3sixteen webstore. Quantities are pretty limited so I would jump on it fast if you want a piece!

A jean that pays tribute to the Denim Capital of the World!Apparel

PRPS is back and they have a surprising collaboration in store for us!Apparel